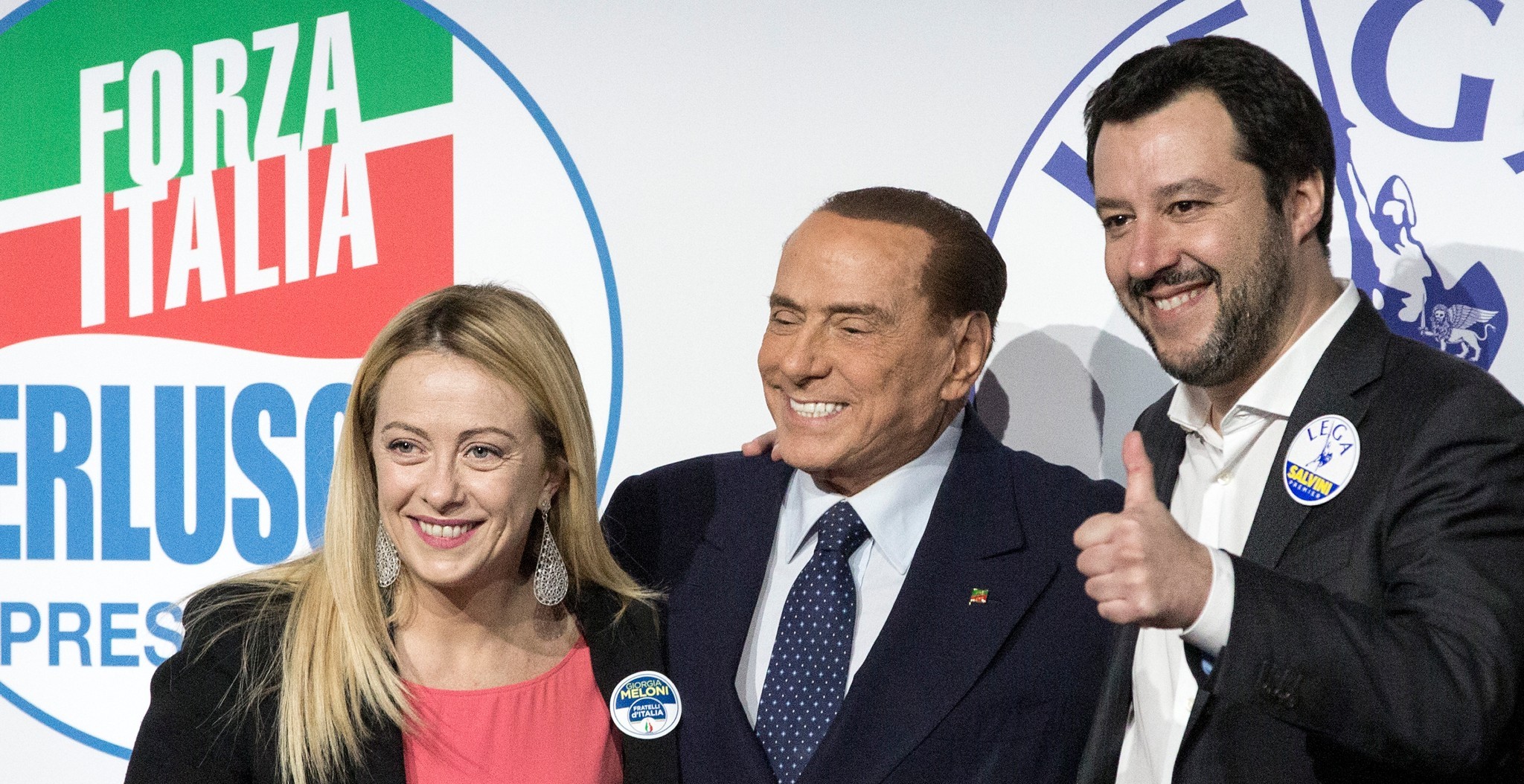 The Italian elections prompted by the resignation of Prime Minister Mario Draghi might produce the first Western European right-wing populist government in modern history. Brought on by a government crisis, polling suggests that the right-wing Brothers of Italy and League parties will form a coalition with the center-right Forward Italy Party.

Brothers of Italy, League, and Forward Italy have agreed among themselves that whichever of them performs the best will get to pick the next prime minister. According to current polling, Brothers of Italy leader Giorgia Meloni is the favorite.

Meloni has been accused of having “strong links with Italy’s post-fascist tradition” according to Foreign Policy. “Her views include securing borders against ‘mass immigration,’ defending Europe’s ‘Christian roots,’ and battling the ‘LGBT lobby.’ Meloni also wants the EU to stop interfering with the ‘sovereignty of the peoples,’” it elaborated. France 24 also described her party as being “far-right,” claiming she “has ties with the US far right, having attended the 2022 Conservative Political Action Conference and the National Prayer Breakfast alongside ex-president Donald Trump.”

Meloni has also been a critic of China. While she was a member of the cabinet of former prime minister Silvio Berlusconi, she called for boycotts of the 2008 Summer Olympics in Beijing over the country’s repression of Tibet. If elected, she would be the first female prime minister of Italy.

In the event either of the other parties overperform, somebody other than Meloni could assume the role of prime minister. It could be Matteo Salvini, the League leader who was deputy prime minister from 2018 to 2019 under Conte, or Forward Italy’s Berlusconi, who served three prior stints as prime minister between 1994 and 2011. Both will likely have important roles in a coalition government regardless, depending on the exact balance of power after the elections.

While expected to be cohesive on many issues such as illegal immigration, how such a government would handle the conflict in Ukraine remains ambiguous. Meloni has softened her Eurosceptic attitudes and supports continued aid to the Eastern European country. By contrast, Berlusconi developed a close personal relationship with Russian leader Vladimir Putin while in office, and Salvini was recently criticized for an aborted trip to Russia.

Right-wing populists have achieved notable advances across the world and Western Europe. For example, Marine Le Pen of France’s National Rally Party exceeded 40 percent of the vote in the 2022 French presidential election. In the following parliamentary elections the party increased their seats more than tenfold, going from 8 members of Parliament to 89. For now, National Rally remains firmly in opposition. Other right-wing and far-right parties in Spain, Germany, the Netherlands, and Sweden have a similar story of real electoral progress in recent years that nonetheless falls short of winning outright.

The closest comparison to Meloni would be Eastern European leaders Viktor Orbán of Hungary and Andrzej Duda of Poland, both of whom have clashed with the European Union regarding social and immigration policies. However, Italy, with the fourth highest population and fourth largest economy in the E.U., would likely wield a much greater degree of influence.

Since the previous elections in 2018, Italy’s government has been unstable. Initially, a coalition was formed between the League and center-populist Five Star Movement. However, a political crisis in 2019 saw the League revoke its support of Prime Minister Giuseppe Conte and the government, which had to be propped up by the center-left Democratic Party and various smaller left-wing parties.

According to Politico’s Poll of Polls, Brothers of Italy has a plurality of support at 24 percent, followed closely by the Democratic Party at 23 percent. They are followed by League, the Five Star Movement, and Forward Italy, taking 14, 11, and 7 percent respectively. Analysts say that if the polls mirror the final results, the right-wing parties should win a majority. This is especially true given that the Democratic Party and the Five Star Movement have ruled out cooperating with each other. If the right wing bloc does take the 45 percent of the vote the current projections have them winning, they are likely to comfortably win a majority.

Electoral success would be no guarantee of political hay; Italian politics have been remarkably unstable since the 2018 elections, and they may well remain that way. But much ink has been spilled about the European hard right’s role in opposition. Italy may give us a real example of how they would govern.