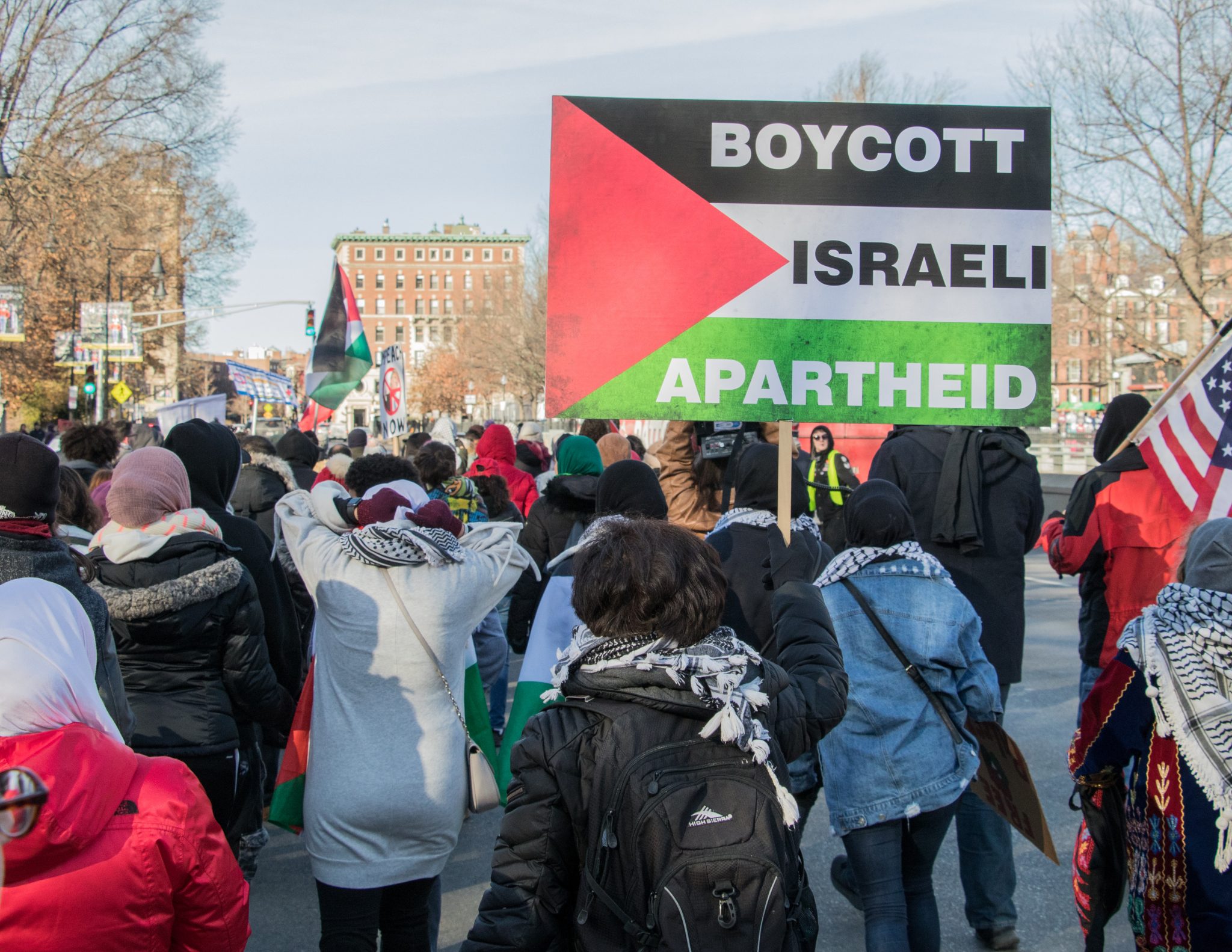 It’s a war on language and a war on history.

What does the word “apartheid” mean? Where did it get its terrible reputation? It was the term in Afrikaans for the systemic setting apart of the races by means of law in South Africa.

In South Africa, whites, coloreds (which here meant people like Indians), and blacks were separated by law in almost every imaginable way. Political rights of all sorts were denied all but whites. Accommodations, restaurants, neighborhoods to live in, the right to participate in self-government through a meaningful vote — all denied.

What does Nazism mean? It has a ideology and a history. Its central “revelation” was that the enemy of humanity is the Jew. There were many other aspects of Nazi ideology, but this was central — so central that it was deemed their main war objective during World War II. When every last bit of transportation was needed for supplying and moving the German military, the trains for transporting Jews to the death camps always took priority. It was a war conducted against a people without an army and without a state to protect them, people who only wanted to live their lives peacefully.

How legitimate is it to use these words against Israel, as they are constantly, including by those who have strong influence on the current administration?

Jews living under the Ottoman rule in the land of Israel were at the bottom of the minority totem pole, subject to the whims of the local Ottoman officials in what was considered a backwater of their empire. Equality before the law was not a matter of principle, as the commitment of the home of the caliphate was to tolerating Jews and Christians as long as they accepted a second-class citizenship.

When Israel declared independence, it committed itself in its declaration to equality in every sphere. All could vote; all had freedom of religion. Access to Muslim holy places has been scrupulously maintained. Even at the cave of the patriarchs and matriarchs in Hebron, which both Jews and Muslims revere, equal time is marked out for Jewish and Muslim prayer.

Muslim and Christian Arabs have been members of the Knesset, Israel’s parliament, since its 1948 founding. One instance is emblematic of how real the commitment to equality is: when an ex-president of Israel was tried for corruption, the presiding judge at the trial was an Arab Muslim.

But certainly the Middle East and the Holy Land have been filled with apartheid. Let’s look at some examples.

Long before Israeli independence, Jews constituted a majority in Jerusalem. An 1896 estimate placed the Jewish population at over 28,000 out of a total of about 45,000. The majority lived in the Old City, with only a few small areas developed outside the city walls at that time.

During the course of Israel’s War of Independence, the Old City was besieged and conquered by Jordan’s Arab Legion. Immediately, every single Jew was driven out of the city, never to be allowed to return the entire 19 years the Old City remained under Jordanian control. Jewish title to property in the city (such as the property in the Sheikh Jarrah case) were ignored and the property confiscated with no recompense.

That was not all. The synagogues of the Old City were razed. The Jewish cemetery on the Mount of Olives was subject to routine desecration, as no Jew was allowed to care for it. The hospital and university that by terms of the truce were to be accessible by Israel were never made accessible. Visitation to the Jewish holy places, such as the Western Wall and the grave of the patriarchs and matriarchs in Hebron, was denied, even in the limited way access had been available before (for instance, in Hebron, Jews could only climb up a stairway to look into the ancient building through a small window).

Israel’s Arab population is near two million. On the other hand, the Jewish population of every area of the Holy Land that is under Arab control, whether by the PA or Hamas, is zero. Zero. Not only can Jews not own land there, but Arabs living there who have title to land in Israel are barred from selling it to Jews.

This is apartheid. Any real Nazi would approve of this, but would go further, making the Jews into the mythic Satan behind everything that is wrong in the world. For Nazis, this is a very specific belief — the true enemy is the Jew, and everyone else is only secondarily and tangentially an enemy.

Unfortunately, there is a player in the Middle East who clearly holds this cardinal, defining belief of Nazism.

Here is an excerpt from the Hamas Covenant of 1988:

They were behind World War I, when they were able to destroy the Islamic Caliphate, making financial gains and controlling resources. They obtained the Balfour Declaration, formed the League of Nations through which they could rule the world. They were behind World War II, through which they made huge financial gains by trading in armaments, and paved the way for the establishment of their state…, There is no war going on anywhere, without having their finger in it.

It is gratifying to see that in the response to the recent Hamas missile assault on Israeli population centers, President Biden overruled some of his advisers and continued American support. But it is clear that he now owes his ideologues politically, and it would be no surprise if he now uses this support to bolster his intended surrender to Iran. For he can now say, “See — I am Israel’s friend. How could this deal be bad for them?”

But as the deal is based on the idea that Israel is not facing apartheid and Nazi ideologies in the PA and in Hamas, the call to “even-handedness” is a repeat of Munich, when Hitler complained of the terrible persecution the Sudeten Germans were enduring under Czech rule, and his arguments were given credence by Britain and France.

My prayer is that the president may actually have had a change of heart, and he will do the unexpected, having seen up close what is really at stake and having responsibility before history and before G-d for the right use of the power that is in his hands. That’s not a bad thing to pray for.