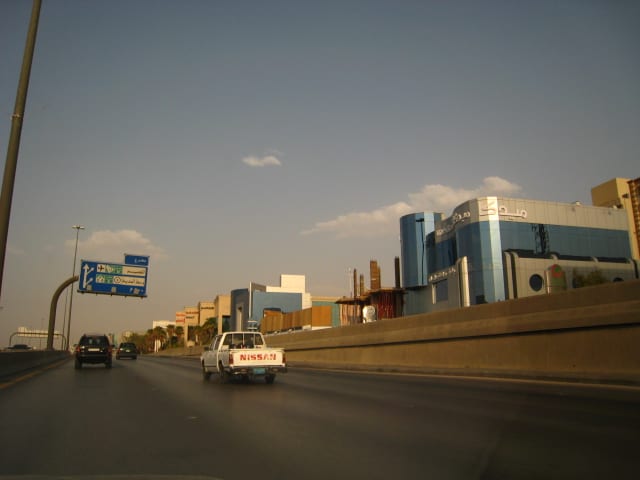 The day before Thanksgiving, the New York Times published the tale of Walid Fitaihi, a “Harvard-trained doctor, hospital owner, television host and motivational speaker” who has been “detained without trial [in Saudi Arabia] for more than a year.”

Reporting that Fitaihi is at “Hair Prison outside the Saudi capital of Riyadh, where the kingdom jails criminals and convicted jihadists,” the article offers little information about why the Saudis might want to detain him. The newspaper merely notes that “Dr. Fitaihi had no such record of political activism inside the kingdom,” and “the kingdom has not disclosed any allegations of corruption that might involve him.”

Oddly, although the New York Times reports that Fitaihi was a director of the Islamic Society of Boston (ISB), it neglects to mention his and the New England institution’s well-established links to the Muslim Brotherhood, the global Qatari-backed Islamist movement on which, these days, the Saudi Kingdom’s crosshairs are firmly focused.

The ISB’s trustees and founders have included Yusuf Al-Qaradawi, the pro-Hitler spiritual leader of the global Muslim Brotherhood, and Abdulrahman Alamoudi, a once-prominent Al Qaeda operative currently serving a 23-year prison sentence for his role in an assassination plot targeting the Crown Prince of Saudi Arabia. Although ISB officials claim Alamoudi has not been involved with them since 1992, Walid Fitaihi, while serving as a trustee, signed an ISB check in November 2000 for $342 — on the memo line, he wrote: “Travel for speaker Abdulrahman Alamoudi.”

In 2005, the ISB filed a lawsuit against Boston activists and media outlets which had exposed the Islamist connections of Fitaihi, the ISB and its other trustees. In 2007, when a Massachusetts judge ruled that Fitaihi must join the proceedings as a plaintiff and be made subject to the discovery process, Fitaihi quickly resigned as an ISB trustee. When the ISB dropped the lawsuit a few months later, Fitaihi was just as quickly reappointed.

Even today, Fitaihi appears to remain a trustee of the Islamic Society of Boston Trust, which owns the land on which the ISB’s mosque is built. Fitaihi is also currently listed as a lecturer at the Boston Islamic Seminary, which was established by the ISB in 2016 and offers students an array of Islamist, anti-Semitic speakers and staff. Fitaihi’s esteemed faculty colleagues include Suheil Laher, who previously served as head of the now-defunct Al Qaeda charity, CARE International.

The New York Times does briefly note a 2004 controversy in which Fitaihi was found to have expressed violent anti-Semitic ideas. But in a year when Saudi Arabia’s actions have revolved around the question of Islamism, why does the New York Times not even slightly consider Fitaihi’s long-standing Islamist links? This lack of journalistic curiosity is made more apparent by the newspaper’s decision to quote a “friend of Dr. Fitaihi’s,” Nihad Awad, the head of the Council on American-Islamic Relations, which, in 2008, federal prosecutors named as a leading component of a Muslim Brotherhood network tied to the designated terror group Hamas. When Awad worked for the Hamas-linked Islamic Association for Palestine, the organization published a pamphlet titled “America’s Greatest Enemy: The Jew! And an Unholy Alliance!” With such strong mutual interests, this friendship was clearly meant to be.

There are other neglected areas of inquiry in the Times article. Fitaihi and his company, for example, have enjoyed a lucrative relationship with entities controlled by the Qatari regime, which is the chief backer of the Muslim Brotherhood and is in the midst of a globally discussed diplomatic battle with Saudi Arabia.

When a prominent American-Saudi Islamist — linked to a global Islamist movement and involved with an Al Qaeda-linked Islamist who tried to assassinate a Saudi Crown Prince — is detained by a Wahhabi Islamist regime, during a prominent battle between two Islamist powers, shouldn’t the New York Times very briefly consider the mere possibility that Islamism just might be a factor?

Sam Westrop is Director of Islamist Watch, a project of the Middle East Forum.