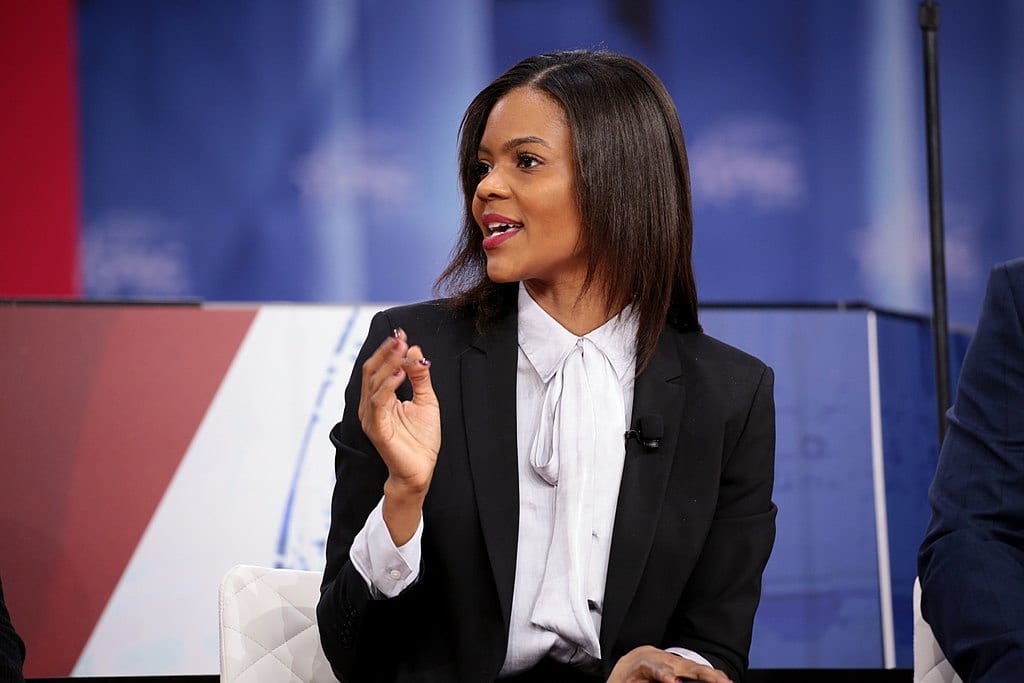 Everyone’s favorite Democratic socialite continues to entertain, and not merely because of her unique views about how the world works beyond Westchester, NY. She has kept us in stitches with her claim that Medicare-for-All will save the nation zillions in funeral expenses, her weird belief that questions about the costs of M4A are merely GOP talking points, and her unique theory about the SCOTUS ruling in NFIB v. Sebelius. Now she has us slapping our thighs with comical excuses for refusing to participate in a debate about the virtues of socialism versus those of capitalism with black conservative Candace Owens.

Shortly following her refusal to accept a debate challenge from Ben Shapiro, claiming that it was somehow sexist, Candace Owens called out Ocasio-Cortez on that excuse by offering to donate $20,000 to a charity of the latter’s choice if she would debate capitalism vs. socialism. The self-styled “girl from the Bronx” has declined, but Owens isn’t letting her off the hook: “And what exactly was your excuse for having turned down the debate with me? Can’t wrap that one up in fake-feminism.” Not that her excuse is really a secret. Ocasio-Cortez knows little of socialism’s intellectual foundation, such as it was, and less about capitalism.

Gone are the days when serious, if hopelessly misguided, people like Michael Harrington could debate socialism in a civil fashion with heavyweight conservatives like William F. Buckley. All of Harrington’s claims have now been shown by history to be false, leaving the left with a catalogue of empty slogans parroted by “progressives” who couldn’t stay in the ring with Buckley for 30 seconds. This is why the American left has now reverted to the suppression of free speech, the verbal abuse of its opponents, and outright violence. History hasn’t been kind to socialism, and honest debate will not be kind to Ocasio-Cortez.

One of the reasons socialism, as most of its current apologists use the word, can no longer be defended in a civil discussion among thinking people is that it is a debunked product of the 19thcentury, like phrenology. It was thought of by social theorists of that era as a model for human behavior that could be validated by the scientific method. Like many ideas that were taken seriously by intelligent people of that century it didn’t stand the tests of time or experience, and should have long ago disappeared from the realm of serious discussion, as did other products of faulty thinking. It should have gone the way of the aether theory.

Unlike the aether theory, however, socialism’s political utility for authoritarians has kept it alive despite a perfect record of failure. But socialism hasn’t merely left egg dripping from the faces of a few 19thcentury scientists, it has killed countless millions of human beings. The most obvious failure from the last century involved the Soviet Union’s collapse. Another spectacular failure from the 20th century occurred in Germany under the National Socialist German Workers Party (readers educated in public schools will be more familiar with these people as the Nazis). The latest of socialism’s debacles is happening right now in Venezuela.

Ocasio-Cortez would deny that the Nazis were socialists. Indeed, she almost certainly believes, like most progressives, that they were right-wingers. This is what they have been taught in school. A couple of excerpts from the Nazi Party platform debunk that myth, however: “We demand the nationalization of all enterprises… the abolition of all income obtained without labor or effort [profit].” In other words, the Nazis ended what Ocasio-Cortez calls “Wild West hyper-capitalism.” If she actually understood economics, she would know what genuine capitalism has accomplished. Max Roser of Oxford University explains:

The data from 1981 onwards come from the World Bank, which bases their estimates on household surveys.… According to these household surveys, 44% of the world population lived in absolute poverty in 1981. Since then, the share of poor people in the world has declined very fast — in fact, faster than ever before in world history. In 32 years, the share of people living in extreme poverty was divided by 4, reaching levels below 11% in 2013.

This is the direct result of free market capitalism and industrialization where it has been permitted to flourish. But Ocasio-Cortez doesn’t know this stuff and she’s never going to hear it hiding out with left-leaning talking heads, like Chris Cuomo, who can hardly muster the nerve to ask how she’s going to pay for all the goodies she has promised the voters. Candace Owens is willing to educate her, and several other conservative women have also volunteered to do so, including Katie Pavlich, Kaya Jones, and Allie Beth Stuckey. Meanwhile, Owens is keeping the pressure on the soi disant Democratic Socialist to face a real debate:

Isn’t it AMAZING how many excuses liberals come up with to not debate their ideas? They bash conservatives and republicans as evil rich people who want to hurt the world but when given an opportunity to showcase just how evil we are, they vehemently decline to do so. Wonder why.

The answer is obvious, of course. Socialism has wreaked havoc everywhere it has been implemented — every time — and is always accompanied by tyranny. Free market capitalism has quite literally lifted billions out of poverty and is always associated with the expansion of individual liberty. But Ocasio-Cortez doesn’t know the history of either system and isn’t planning to learn. As Cicero phrased it, “To be ignorant of the past is to be forever a child.” This is why Ocasio-Cortez so often talks like a Valley Girl. Tom Perez at the Democratic National Committee says she “represents the future of our party.” Excellent!