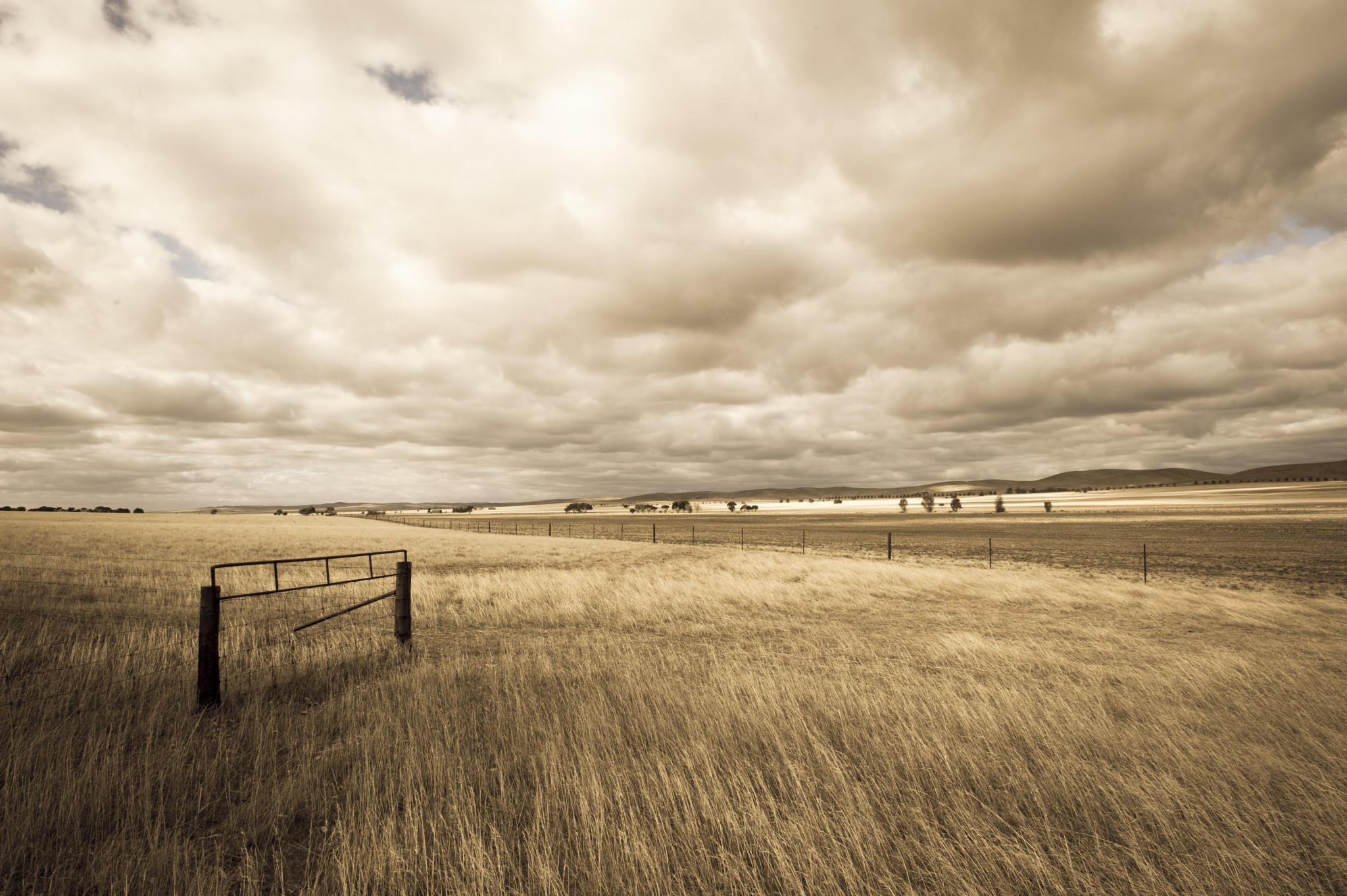 The past two years as recorded by the news media have felt like something out of the book of Revelation. First came the pale rider in early 2020, mounted on jetliners and sleeper trains, as coronavirus became a pandemic. His fellow horsemen, red and white, arrived this February when Russian tanks scythed across the length and width of Ukraine.

Time dubbed Putin’s invasion “The Return of History.” And indeed for many in Europe, the moment was a sudden end to the Long Peace that had endured since 1945. The tribulations of yesteryear seemed to be returning.

There is now yet another disaster brewing on the horizon. It is slow-moving and may be weatherable if preparations are made. But action must be taken, and quickly, if the worst is to be averted — for of the Biblical tetrarchy, none have killed as many innocents or toppled as many monarchs as the black horseman, famine.

The Russian invasion of Ukraine, in addition to precipitating the greatest humanitarian disaster in Europe since the 1990s, has also destroyed a huge portion of the world’s agricultural exports in one fell swoop.

As for Russia, Western policymakers could weigh sanctions relief in return for a resumption of food exports, but ultimately anyone outside of the Kremlin has a very limited say on whether anything leaves Ukraine.

Ukraine has long been nicknamed the “breadbasket of Europe.” Together with Russia, it supplies the global food market with a third of its wheat exports, a fifth of its corn, and a whopping 80 percent of its sunflower oil. Ukraine dedicates 57 percent of its land to crops, compared to 17 percent for the U.S.

The war has guaranteed that much of this usual produce will not be arriving to cargo ships this year. Ukraine’s most fertile land, the ultra-fertile “black soil,” is located precisely where the fighting has been heaviest, in the south and southeast. Farmers and skilled workers have fled or been killed or drafted, leaving fields fallow. Those who return find their equipment wrecked or stolen, and unexploded ordnance lying about.

The food that has been grown and harvested cannot find its way to export points for want of working transportation infrastructure. Anything that makes it to port — such as at Odesa, which normally ships 98 percent of Ukrainian grain exports — cannot leave. The water around Ukraine’s coastline is heavily mined, and the Russian navy lurks beyond. The Kremlin has tried, and failed, to secure sanctions relief in exchange for lifting the blockade.

The result is millions of tons of food rotting in silos, or going unharvested or unplanted. The precise shortfall is “between 19 million and 34 million tonnes” for this year and “10 million tonnes to 43 million tonnes” in 2023, according to consulting firm McKinsey. This corresponds with the caloric requirements of “60 million to 150 million people.”

And that is just for the Ukraine-Russia region. The situation in many other leading exporters has been almost as bad. In May, India underwent a “record-shattering” heatwave that damaged wheat crops, ruining an otherwise promising yield. In response, the country banned wheat exports, citing food security.

Severe drought has crippled the agricultural output of Brazil, the world’s top soybean exporter. China, which accounts for 20 percent of global food exports, is facing a “worst in history” winter wheat crop due to delayed planting caused by unusually heavy rainfall last year. What food there is to export has had trouble leaving the country thanks to the latest round of total coronavirus lockdowns in Shanghai and elsewhere.

Indeed, even before Russia had ever set foot in Ukraine, 2022 and 2023 were shaping up to be slim years. According to the Food and Agriculture Organization (FAO) of the United Nations, the food price index shot up by over 40 percent from 2020 up to the eve of the invasion in February 2022. Since then, it has grown by another 20 percentage points. These are the highest real prices that the FAO has on record, beating the previous record set in 1975, during the depths of stagflation.

Will this price crisis translate into famine? As with any other question in macroeconomics, any attempt to make precise predictions is more likely than not to leave the forecaster embarrassed. Nonetheless, a few generalizations are possible.

The countries that will fare the best in this crisis will be those that can feed themselves, like Argentina, and those that can afford to pay a premium for imports, like Japan. The United States has the good fortune of falling into both categories. The Mississippi River basin feeds some of the richest and most extensive farmlands in the world: it would take a prodigious amount of political folly, beyond what even the Biden administration has demonstrated, to deprive Americans of the ability to feed themselves. Nonetheless, even the most well-off countries are not insulated from global markets, and can expect dramatic food inflation to continue for at least the next year.

The rest of the world is facing something much more serious than inflation. Some countries are likely to see their food imports collapse in the short term. Egypt depends on Ukraine and Russia for 60 percent of its food imports; Lebanon relies on them for about a quarter of its total calories. Other countries, such as those in the Horn of Africa, were already in a precarious food situation prior to this year, and are likely to be hit hardest by rising prices.

An export crunch in the modern world does not necessarily have to result in the kinds of catastrophes that struck humanity in prior centuries. The 2007-2008 food price crisis did not cause an immediate famine anywhere in the world, despite prices jumping by about 30 percent in less than two years.

However, the absence of a headline-grabbing disaster belied a silent humanitarian crisis. The World Bank estimated that the food price spikes had “pushed 130 million to 155 million people into poverty in 2008.” A study published last year examining the period of 2000 to 2015 found that “a one percentage-point increase in real food prices was associated with an increase of 0.83% in neonatal, 0.80% in infant, and 0.64% in under-five child mortality.”

There is also good reason to believe that the 2022 food price crisis will dwarf the one in 2007-2008. Prices have already shot past the 2008 peak, and it is more likely than not that they will continue to climb. Ukraine and Russia are world leaders in exports of not only food, but also fertilizer and potash; a decline in agricultural productivity due to insufficient fertilizer could result in food prices remaining dangerously high for years. Given that natural gas is also a key ingredient in nitrogen fertilizer, the current energy shortages caused by the sanctions on Russia will further exacerbate the problem.

Another study published in July last year, when food prices had again begun to climb, suggested that starvation-related deaths were already accumulating. This paper, focusing on the COVID-19 pandemic — or, more accurately, the response by governments to the pandemic — found that “food and health system disruptions” were on track to cause “2.6 million stunted children” and “168,000 additional child deaths” by 2022. In the year since that study was released, the disruptions to the global food distribution system have only become more severe.

All this is likely to cause social unrest both in poor countries, which are faced with death and malnourished children; and in rich countries, where costs of living are steeply increasing. The 2007-2008 crisis triggered immediate large-scale protests and food riots in at least a dozen countries. Two years later, when the Arab Spring began to sweep through the Middle East, many analysts pointed to persistently high food prices as one of the key reasons for the social unrest. If the current situation is as bad as it seems, expect revolutions to follow in its wake.

There are, unfortunately, very few things that can be done to normalize food prices in the short term. Delayed planting in China, heat waves in India, and drought in Brazil are all risks whose systems of mitigation will take years or decades to develop. As for Russia, Western policymakers could weigh sanctions relief in return for a resumption of food exports, but ultimately anyone outside of the Kremlin has a very limited say on whether anything leaves Ukraine.

Nonetheless, a few steps can be taken. The rhetoric of the current presidential administration is not particularly reassuring: Biden has declared that there is nothing he can do about food prices, while Treasury Secretary Yellen’s reaction is to “very much hope” that inflation “will be coming down now.” In truth, leaders in the U.S. and elsewhere can and should do a bit better than hoping.

For starters, get rid of the Renewable Fuel Standard, which mandates that a substantial portion of crops grown in the U.S. are turned into “renewable fuel” rather than food. This top-down program is wasteful in the best of times; given how high food inflation is right now, it’s practically criminal.

Next, relax restrictions on the extraction of natural gas, which as aforementioned is a key ingredient in nitrogen fertilizer. In fact, a lot of the energy regulations currently in place thanks to the green lobby should probably go — cheaper petrol and heating will make the shock from higher food prices easier for consumers to absorb, and will help to mitigate the transportation problems that producers are currently facing.

Whichever foreign governments are still enforcing pandemic-related restrictions and lockdowns, including and especially China, need to come to their senses. While states cannot make more food magically appear, they can and must lower all barriers currently preventing food exports from reaching where they are needed.

Speaking of China, the country has accumulated a truly massive food reserve. A forecast made late last year suggests that China currently holds “69% of the world’s corn reserves, 60% of its rice and 51% of its wheat.” A charitable interpretation is that Beijing is exercising an abundance of caution, given China’s past experience with famines. Less charitable analysts suggest that the Communist Party intends to use food as a diplomatic tool to cajole or patronize countries in Africa and Southeast Asia.

It is vital that Beijing does not play with lives by using its reserve cynically. If the Chinese food stock is deployed for foreign aid or trade, it must not come with political strings attached.

Looking to the future, the U.S. may also benefit from keeping a larger permanent food stockpile. It is probably too late to accumulate one for the current crisis — the best way to keep prices from increasing any further is to restore pre-pandemic trade rather than to begin hoarding. Once the storm passes, however, it may be time to reevaluate whether the post-Cold War status quo of bountiful food imports and slim inventories will remain intact. The United States is blessed to have never been touched by the black horseman, but it still pays to be prepared.