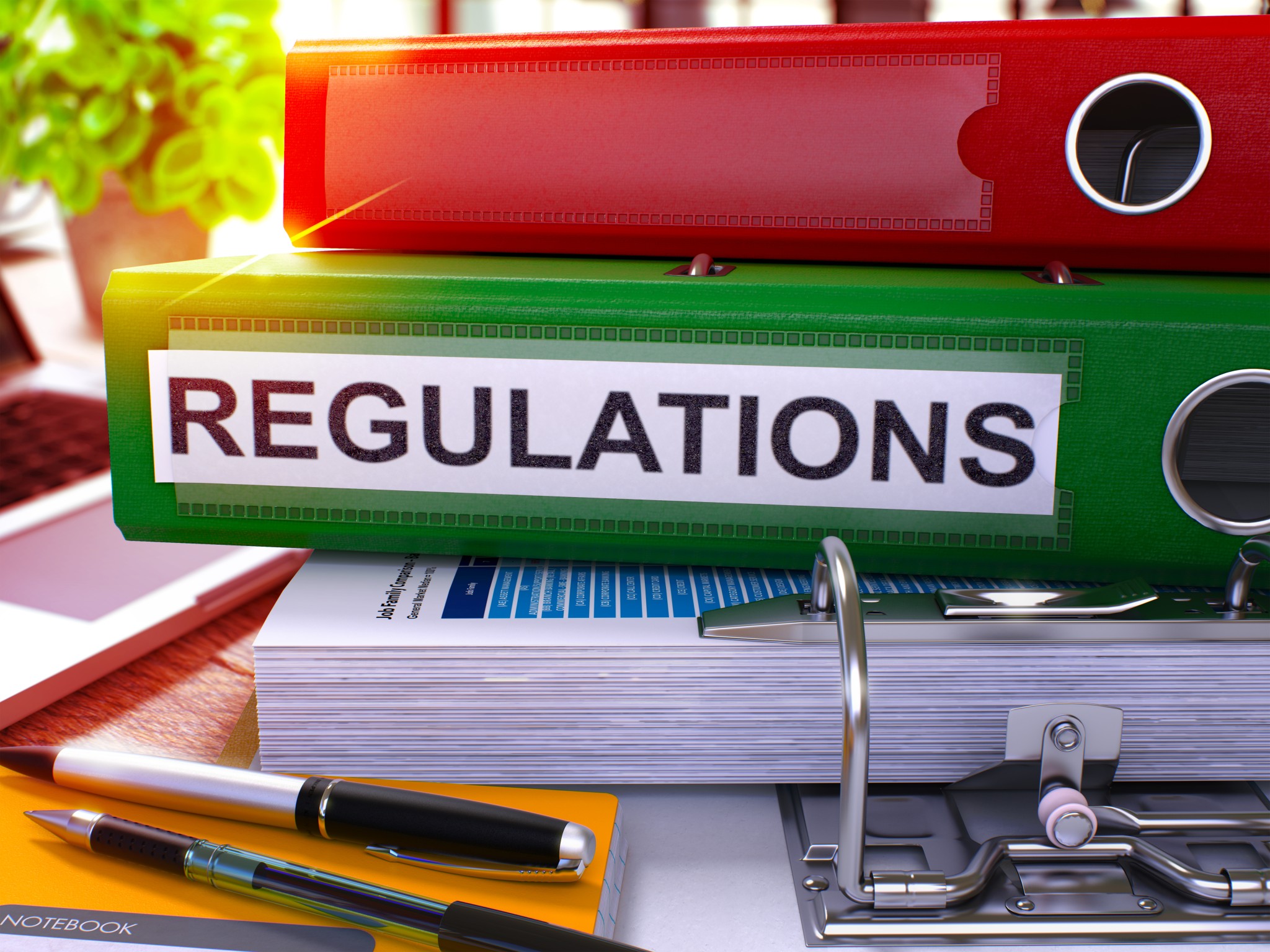 “You say the present U.S. regulatory system is broken and that at best the ‘practical’ solutions offered today might make things less bad but not solve the fundamental problems,” an expert said. “Well, what would you propose as a positive version of government regulation?”

The most radical proposal for regulatory reform today is to get Congress more involved in the regulatory process, as the Constitution expected, rather than having bureaucrats and judges make the big decisions. While getting the legislature more involved certainly seems right in a constitutional republic, it is easier said than done. The Competitive Enterprise Institute has probably produced the most extensive list of what Congress needs to do to get more control over the process — but this also highlights the difficulty of getting anything actually implemented.

The most involved legislator simply cannot keep track of even a few of what the Competitive Enterprise Institute calls the “10,000 Commandments” of today’s regulatory profusion, at the immense cost to the economy of $2 trillion annually. But the rules actually greatly exceed the legally published material. In theory and law, regulations are supposed to be published in a Code of Federal Regulations for all to see. In fact, what the Competitive Enterprise Institute’s Clyde Wayne Crews labeled “dark matter” regulation — such as agency memoranda, guidance documents, interpretations of formal rules, notices, bulletins, directives, news releases, letters, blog posts, and oral statements — are unseen, legion, and mostly de facto legally binding.

Congress could outlaw such informal rules, as the Competitive Enterprise Institute recommends, but they have no formal legality already. The Administrative Procedures Act is 76 years old and is burdensome. The Congressional Review Act was adopted in 1996 to possibly overrule bureaucratic regulations but only one override actually took place for 20 years until Trump repealed 13 Obama-era regulations. But none since. A more comprehensive recent “scrutiny” bill (the so-called REINS Act) languishes. The Competitive Enterprise Institute now supports a regulatory version of the military Base Closure and Realignment Commission to review and propose regulatory changes. All are reasonable ideas — but history suggests the problem is whether Congress would implement anything foundational.

Other experts have proposed Congress revive presidential agency reorganization authority, which worked to a degree earlier but finds little interest today. On a broader matter, some concede bureaucratic experts probably need to provide some detailed Code of Federal Regulations specifics to statutes after they are passed by Congress. But the current practice is to revise — often in substantial ways — across decades. Should not the experts be required to go back to Congress for substantial later revisions? Many experts have recommended the Supreme Court narrow its Chevron v. National Resources Defense Council and Auer v. Robbins decisions, which grant such discretion to the bureaucracy at the expense of congressional involvement, and some think it might do so eventually.

The sheer number and variety of governmental institutions that create regulations makes it extremely difficult to set positive general principles that could appeal to and apply to all. It is even difficult to decide what is a “regulatory” agency. Some consider only “independent” agencies somewhat free from presidential control — such as the Federal Trade Commission and the Securities and Exchange Commission — as real regulatory bodies. But, in fact, more regulation is done by standard executive agencies like the Environmental Protection Agency and the Labor or Interior departments.

Many think the answer for the independents is to grant the president more power over these critical agencies. Some experts contend such limitations of his authority are already unconstitutional while others believe that their current higher “neglect of duty” standard for removals is necessary to be truly “independent.” Actually, the president can generally remove independent chairmen for cause if not summarily. The president can already replace mainline executive agency regulatory officials at will, but his control there does not seem much better than over the independents, nor are the regulations notably better or more easily revised.

So, can anything substantial be done? The most serious problem is that in many cases government agencies — independent and otherwise — often set the rules, interpret them, and are the judge in prosecutions, mixing rulemaking and adjudication. Rather than constitutional Article III judges, so-called administrative law judges — who do the initial hearings for accused regulatory offenders for many independent and executive agencies — are legally paid by the agency bringing the case as their employees. Many independent regulators are not even required to go to the Department of Justice for appeals of lost cases (except to go directly to the Supreme Court). In fact, that has recently somewhat limited the use of administrative law judges and may further restrict this long-time apparent government conflict of interest.

Charles Murray of the American Enterprise Institute indeed argues that there is an inherent conflict of interest for the government as a whole to claim that only its standards and enforcement can properly protect public health and safety. Yesim Yilmaz of the Center for Market Processes notes, “In fact, there is a huge world of private regulation that regulators, members of Congress, the president, and journalists are oblivious to,” and that “Therefore, the first step in a regulatory reform should be simply to recognize and come to understand all the important activity that is taking place without government direction.”

While Yilmaz prefers a system of exclusive private-sector voluntary regulation, she presents a fallback proposal that might have broader appeal politically. This would transfer product evaluation, testing, certification, and inspection processes to private organizations like Underwriters Laboratories but not necessarily enforcement. Like the Occupational Safety and Health Administration, most government agencies should be able to certify most serious private organizations, with some only providing product evaluation or testing, all supported by fees rather than taxes because private sources have an incentive to keep fees low. (READ MORE: Excessive Regulations Leave Us Less Prepared for True Crises)

Multiple standards should compete with one another, including private ones against government ones. One regulatory expert has asked, at a minimum, “What if, instead of placing all food regulation responsibilities under one super regulator, food manufacturers were permitted to choose whether to comply with USDA’s or FDA’s regulatory regime?” Is it proper for one agency to define “science” and enforce it? Significant privatization would call for enforcing strict laws against misrepresentation and requiring credible proof of independence from the regulated. But the essential reform is to allow competition at all stages.

Rather than criminal law courtrooms where the authority and resources of the all-powerful nation compete against often minor presumed offenders, significant competition and privatization in civil law would tend to place more equal parties into adjudications, and perhaps result in a shift from ad hoc administrative procedures. More commonly understood civil law as practiced in state and local courts or private arbitrations would also result in a more equal adversarial process. Indeed, the number and expense of national regulators could be dramatically reduced under such a revised regulatory process where private parties advocate for themselves.

When the EPA was first instituted nationally, only a few states had environmental agencies. Today, all have one or more, usually with more employees than nationally but with one national bureaucrat as the final arbitrator of the rules. The same is true in almost all regulatory areas, which suggests the national one’s authority, responsibilities, and size could be cut substantially.

Donald Devine is senior scholar at the Fund for American Studies. He is the author of The Enduring Tension: Capitalism and the Moral Order, from Encounter Books; America’s Way Back: Reclaiming Freedom, Tradition, and Constitution; and Political Management of the Bureaucracy. He served as President Ronald Reagan’s director of the U.S. Office of Personnel Management during his first term and can be followed on Twitter @donalddevineco1.