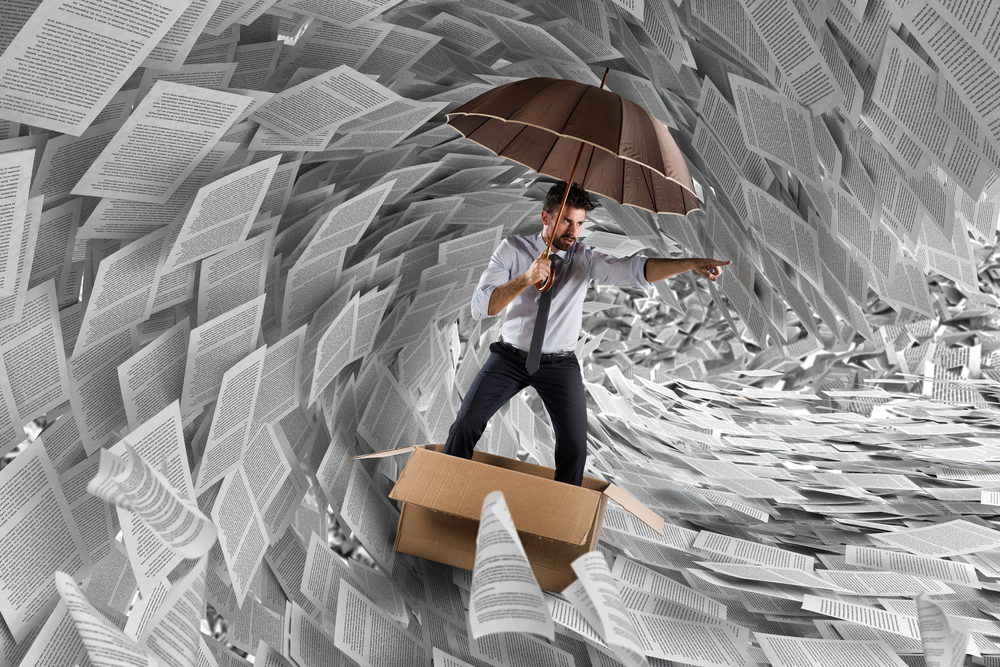 Ludwig von Mises’ Yale University Press classic Bureaucracy explains in a relatively few pages the difference between public and private-sector bureaucratic management. The private sector can measure what is going on in large hierarchies of bureaucracy below its CEO simply by asking whether each unit is making a profit. The public sector has no equivalent measuring device.

This basic structural disadvantage is further hampered by the environment in which the bureaucracy must operate. The top levels of democratic governments must be elected by a population unfamiliar with administrative details and must vote based on what they can see.

Officials must deal with this electorate as it is and give people what they think they want rather than what they need. Neither the executive, legislative, nor judicial branches can see into the bureaucracy any better than career leaders. At the same time, U.S. bureaucracy itself operates under dual civil service and union personnel shields where almost no one is fired or disciplined.

How do even our best bureaucracies work under these constraints? The U.S. Navy primarily needs ships, and in the 1990s its leadership realized air and assault vessels had been designed for open-ocean warfare and would be vulnerable in shallow coastal waters like China’s. The first smaller littoral combat ship produced to meet that need was not launched until 2006. Now, 15 years later, the Navy announced that it must retire nine of them, one of which was commissioned less than two years before, and the others had “major propulsion issues.” The Navy-friendly Wall Street Journal called this “arguably the services’ biggest acquisitions failure of all time in a crowded field.” The editors could only recommend more money and back to the drawing board to solve a 30-year inability to effectively confront America’s most dangerous foe.

Much of the problem is that national government tries to do too much. It does not even know how many laws it has.

The Air Force bureaucracy has had critical acquisitions challenges, too. Until 2021, it was still using a 1950s-era tanker, and airplanes cannot get to China without refueling. After 20 years, the Air Force is only now beginning to replace it with the Boeing KC, but it is still not judged ready for combat. Similarly, fighters are the Air core, and so in the 1980s leaders began looking for a replacement for its key F-16 fighter. In the 1990s, joined by the Marines and Navy, they envisioned a Joint Strike Fighter, which ultimately led to today’s Joint F-35 program. This took until 2015 to be fully operational after a first test flight a decade earlier. But it was very expensive at over $150 million per plane ($335 million counting development). Several variants were produced for U.S. and foreign services, with one abandoned after fewer than 200 copies, and another variant was forced to be an air-superiority fighter, “a role for which it is not suited.”

The Washington Post explained the U.S. Army’s weapons problems succinctly. Its major modernization programs had spent over $35 billion on new weapons development since 1995 “with almost nothing to show for it,” failing with the $8 billion Comanche helicopter, $6 billion Joint Tactical Radio System, and $2 billion Crusader self-propelled artillery gun. Since military centralized procurement began in the 1960s, today it takes more than a decade to develop new programs, which are often outdated when they are rolled out, and with significant items deemed total failures. It takes two years to even get a program into the congressional budget. And one should also remember that the top of the Pentagon hierarchy Joint Chiefs of Staff took four hours to approve the Capitol Police request to release the National Guard to defend the Capitol in January, after the riot was over.

Domestic bureaucracy failure is better known but shocking, too. The Federal Reserve national bank was created in 1913 to centrally stabilize banking, money, and debt. But a Great Depression followed in 1929 and then eight more recessions leading to unlinking the dollar from gold, followed by the Great Inflation in 1980. The Ronald Reagan–Paul Volcker “lessons learned” worked as a reform until the Great Recession of 2008 and back again today to the worst inflation in 40 years. In 1977, federal debt was 34 percent of GNP and today is up to an incredible 135 percent. More than half the population is dependent on government grants, with the Fed experts (staffed 10 Democrats to every Republican) actually urging Congress to increase debt spending in 2021.

The largest domestic agency, with 360,000 bureaucratic helpers, is Veterans Affairs, which has wallowed in scandals for years, with poor service and falsifying records to cover up errors. The latest scandal has been over a modern software upgrade to increase efficiency for its nine million deserving veteran health clients. Based on two inspector general “scathing reports” on the early implementation phases, the first found costs underestimated by billions, and the other found the training program for hospital staff was so flawed and confusing that many employees considered it “an utter waste of time.” No wonder the majority of veterans do not use the “free” VA system, preferring to use other healthcare options instead.

The former head of another major government health agency, the National Institute of Mental Health, recently wrote a book admitting he spent $20 billion over 13 years — more than any country in the world by far — to reduce the death and disability rates for his U.S. mental health clients. He conceded this resulted in little or no improvement in delivering care or services, with the system still relying on police and jails for much substitute mental health services. A retired chief psychiatrist at Duke University School of Medicine went further. Looking back on his experiences spending and evaluating billions of dollars in government research grants: “The end result of these last 30 years is an exciting intellectual adventure, one of the more fascinating pieces of science in our lifetimes, but it hasn’t helped a single patient.”

For years the FBI was promoted as the ideal government agency, with a long-running TV show promoting its effectiveness. The CIA, National Security Agency, and Secret Service were close behind. Today the FBI is best known for improperly wiretapping a 2016 presidential campaign official and lying to and suppressing information to its oversight court for decades. Top CIA and NSA officials were revealed recently as blocking each other from intelligence that might have prevented the September 11 terrorist attacks. Since the 1960s, the Secret Service has allowed multiple penetrations of the White House, with actual rifle shots into the living quarters in 2012.

Much of the problem is that national government tries to do too much. It does not even know how many laws it has. One attempt to track the U.S. Code found 5,199 national crimes, many with serious penalties for trivial behavior, when historically most criminal law has been at the state level where smaller size makes bureaucracy more manageable. Going back to 1994, they found 36 percent more criminal laws today enforced by 100,000 actual federal enforcers.

Former President Ronald Reagan used to say that one of the best reasons to cut government was to give it less to do so it can do the rest right. Certainly, the major responsibility of the national government is to run foreign and defense policy correctly. The more other functions are moved to the states, communities, and private institutions, the more the Feds can focus on its main functions. And domestic problems will be handled better by smaller local bureaucracies and market forces that we all know work better.

Donald Devine is senior scholar at the Fund for American Studies. He is the author of The Enduring Tension: Capitalism and the Moral Order, from Encounter Books; America’s Way Back: Reclaiming Freedom, Tradition, and Constitution; and Political Management of the Bureaucracy. He served as President Reagan’s director of the U.S. Office of Personnel Management during his first term and can be followed on Twitter @donalddevineco1.