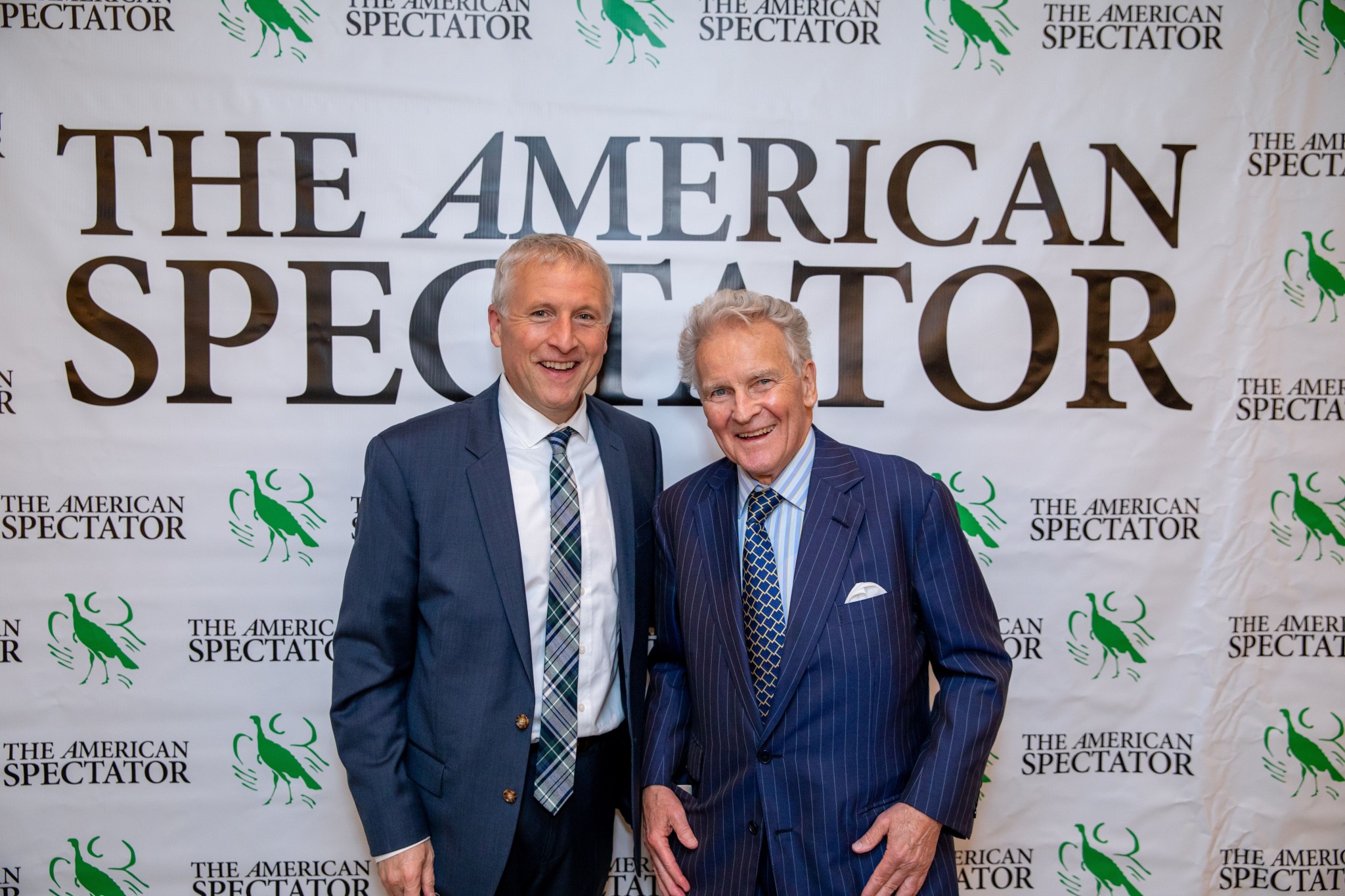 From R. Emmett Tyrrell, Jr., Editor-in-Chief of The American Spectator

For years, I have always been able to get a laugh or two by referring to myself as The American Spectator’s Editor-in-Chief-for-Life. However, since I had to give up my left hip to a highly trained surgeon and accept his facsimile, my joke has taken on a new meaning, to wit, I am not getting any younger.

Thus, since 2019, I have been pursuing an editor to replace me. He or she would not completely replace me, for then I would no longer be the Editor-in-Chief-for-Life. Rather, I have been looking for an editor to replace me in the day-to-day travails of editing a magazine while I attended to other matters as Editor-in-Chief-for-Life. After all, in 2019, I still had my memoirs to finish and other long-range literary projects to plan. Moreover, my wife has been importuning me to learn the rumba. Well, now the memoirs are finished, and I even have given them a title: How Do We Get Out of Here? My Life from Bob Kennedy to Donald Trump. They will be in the bookstores in a few months. A long-range literary project is taking shape, and my wife assures me that she has a rumba instructor who will go easy on my hip. So, you ask, where is our new editor?

I put together a search team, made up of Wlady, our Board of Directors, and Paul Kengor, the gifted faculty member from Grove City College who also serves as senior director and chief academic fellow at the college’s distinguished Institute for Faith & Freedom. Paul and I conferred regularly, and then, last spring, while we were going over our list of candidates for the job at my favorite restaurant, a lightbulb went off in my cerebrum. “Paul,” said I, “why don’t you take the job? You know the magazine well, having written for it for years. In fact, you are now working on the official history of the magazine. Indeed, you regularly supply us with some of the most successful writers for our Young Writers Program, probably the most successful such program in the country.” Paul took a sip of his wine and looked at me as if to declare, “I thought you’d never ask.” After a three-year search, we had our editor. He was at my elbow all along.

Paul is a family man who has fathered almost as many children as he has written books. He is a longtime member of the conservative movement, though he is suitably younger than me, so he will not be visiting a surgeon anytime soon. He is a New York Times bestselling author, though those books, along with his others, add to our general knowledge rather than detract from it. He lectures widely, appears on television often, and has never said anything in public for which he has had to apologize. He has won the admiration of our staff, and I am sure he will win your confidence. Paul Kengor is the Editor of The American Spectator.

From the remarks of Paul Kengor, Editor of The American Spectator, at the 54th Annual Robert L. Bartley Gala

Thank you, Bob. And Wlady Pleszczynski and the board — Bob Luddy and others. I told Bob Tyrrell, “I hope they don’t boo when you announce me!” So, thank you all for not booing. That’s much appreciated.

This is such an incredible honor and joy. Bob asked me to speak for about five minutes. Well, I’m in the process of finishing up a 250,000-word history of this great magazine that has taken me over three years to write. How do I adequately convey how honored I am — and, more importantly, how special this magazine is — in a few minutes?

Let me begin by sharing just a few names who have filled the pages of this publication since its founding in Bloomington in 1967. I open the preface of my history of The American Spectator with a long list of names. Bob and Wlady have seen it and right now are surely mortified, thinking to themselves: “He’s not going to read that long list of names, is he? He’ll be here for an hour!”

No, I’m not going to — well, not the whole list. But hearing a partial list would benefit you all. I want you all to know what you’re a part of — how special this magazine is. So, here we go. Take notes …

One would say that the point is sufficiently made, but really, it isn’t.

But what really stand out in the life of The American Spectator are the printed words. That is what I initially saw when I first opened the pages in the late 1980s as an undergraduate biochemistry-biophysics major at the University of Pittsburgh. I laughed and laughed and could not stop laughing. And as I laughed, I learned. I learned ideas and learned great writing. I came to that enterprise as a pre-med student no less. I spent my days running around the Children’s Hospital of Pittsburgh and the adjoining Presbyterian University Hospital collecting data on terminally ill patients seeking lifesaving organ transplants. I needed a good chuckle at the end of the day, and Tyrrell and friends never disappointed.

By the end of it, I too was a conservative. Like The American Spectator, I learned to have fun boldly being a conservative. I became the editorial page editor of my student newspaper, the Pitt News, where I met a pretty copy editor named Susan Pahanish, now my wife, who’s here with me tonight. We left the eight kids at home. Actually, Bob, we left them at your house with the dog, Minka. They’ll be awaiting you and Jeanne when you get home. I hope you weren’t planning on getting some sleep tonight.

Once in graduate school in the 1990s, with no money, I scraped up just enough dollars to continue my subscription to The American Spectator. It was therapeutic. It helped me keep my sanity in the academic asylum.

Few citadels of conservatism waged the battle of ideas quite like The American Spectator. And none with the wit and panache, the outright hilarity, the fearlessness, and the delightful political incorrectness. Bob Tyrrell and his merry band of American Spectator rogues were cheerful warriors. Even liberals laughed (well, some of them) when reading the magazine’s opening “The Continuing Crisis,” or the closing “Current Wisdom,” supplied by the “Assorted Jackasses.”

And few publications made the waves, controversy, and history that The American Spectator did in the process — particularly the magazine’s riotous exposés on Bill and Hillary Clinton (or, as Tyrrell labeled them, “Boy Clinton” and his “lovely wife Bruno”) in the 1990s. The American Spectator versus the Clintons was an epic showdown.

I want to say that to be offered this position is truly an incredible honor. Bob remains Editor-in-Chief and eventually will be Editor Emeritus — or, as I call him already, Editor Eternal.

This publication is special. And those of you here or watching online, Ben Stein and John Coyne (along with Aram Bakshian) are the two longest contributing writers other than Bob Tyrrell, going back 50 years — Roger Kaplan, Dan Flynn, Jeff Lord, Dov Fischer, Scott McKay, David Catron, George Neumayr, Yogi Love, Grover Norquist, Ellie Gardey, Hannah Rowan, Melissa Mackenzie, Leonora Cravotta, and I better stop now because I’m going to forget to name key people — you too are part of something very special. All of you are. And if you haven’t written for us, well, get at it! All the conservative greats have. I’ll be tracking you down.

And so, let’s continue to keep it special. Funny, hilarious, and politically incorrect. With fearless wit, great writers, and great writing.