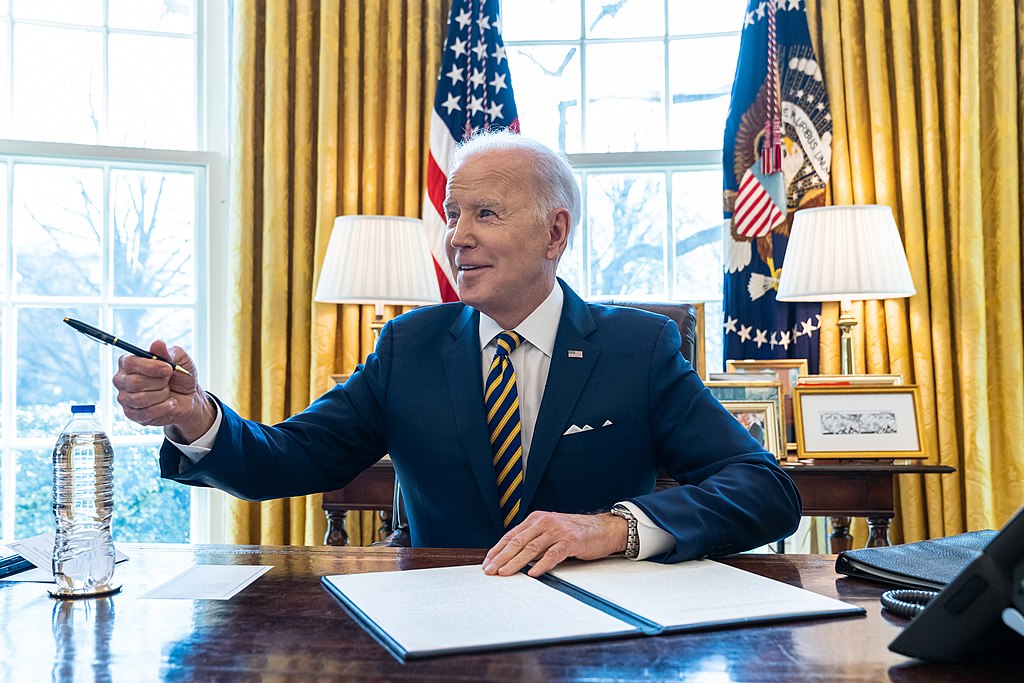 The current roaring inflation did not start with Comrade Putin’s barbaric invasion of Ukraine. It started with Comrade “Joe” Biden’s slamming down fracking and the big pipeline. That, by itself, turned America from a major oil producer and possibly the biggest oil state on Earth into an oil beggar with chronically short supplies. We were exporting oil and gas to Europe. Now we go with hat in hand to the likes of Iran for oil.

There never was any good reason to stop fracking. There was no evidence that it hurt the land or made an observable addition to worldwide air quality pollution.

Still, the college kids shrieked, and Biden listened, and now we have $7.35 a gallon gasoline at my local station. Biden did this, once again. Not Putin.

Now, we have real pain for most families. So, how do we usually fight inflation? We slow down the economy. We do that, in general, by slowing the growth of money, by raising interest rates, and by hobbling the ability of banks to lend.

The problem this time is immense, and there are immense dangers. We have a rapidly growing economy, with a serious shortage of workers. To slow an economy as robust as ours, we will have to slam on the monetary brakes in a huge way. Mr. Powell, the Chair of the Federal Reserve and its Federal Open Market Committee, promised to do that in a statement yesterday. He said his goal was to get inflation down from its current roughly 8.5 percent annual rate to 2 percent, while keeping unemployment at 2 percent.

To do this, he will have to use a hydrogen bomb of monetary restraint. Slowing an economy suffering from an intentionally caused hyper-inflation rate of above 8 percent will take turning America into a severely recession-bound nation. Consumer demand for oil, food, and lodging will have to literally collapse. (READ MORE from Ben Stein: Biden Is the Stuff of Nightmares)

Can it be done in an America clamoring for more, not less, government spending? No. To do it will require a whole different nation from what we have now.

Or Mr. Biden could show some sense and some backbone by reversing course on fracking and on the pipeline. Gasoline prices would fall drastically. All energy-related prices would fall. That would mean a generalized disinflation, as we economists call it. There would be no need to shutter our factories.

Can we please do it, Mr. Biden? Fracking never hurt anyone. Severe inflation and then stunning recession will hurt plenty.