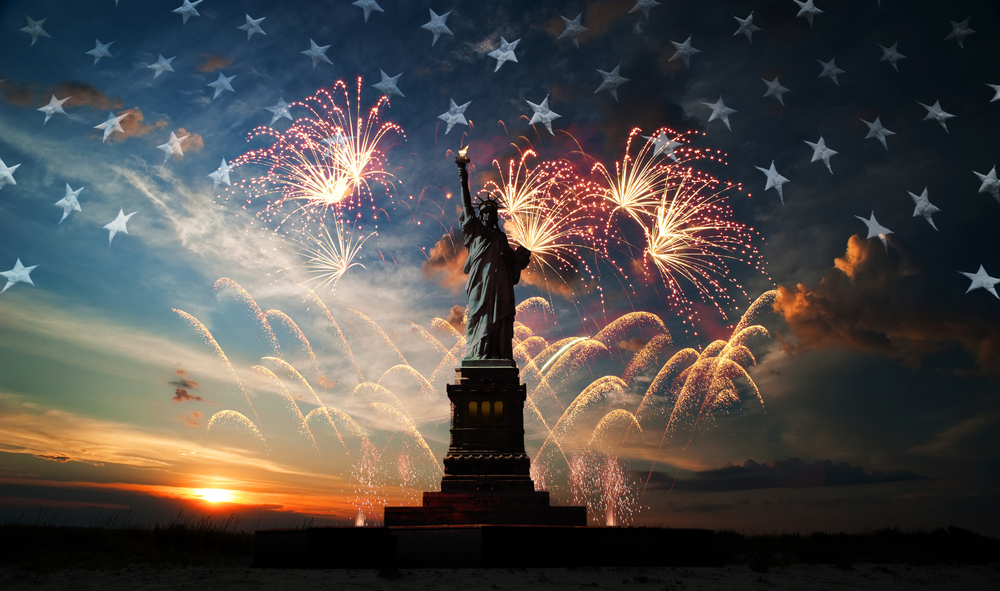 The centerpiece of the recently defeated Senate Bill 1 was the nationalization of voting laws. It would have taken away from the states the right to govern their own elections, something they have enjoyed since the inception of American independence.

The assertion of the founders of this country was that, as George Washington put it in a letter to the Newport Jewish congregation, it is not true that by “the indulgence of one class of people that another enjoyed the exercise of their inherent natural rights.” Rather, in the words of the Declaration of Independence, all people “are endowed by their Creator with certain unalienable Rights,” which give them the right to establish and to change governments.

In this conception, the more centralized the government is, the further away it is from its legitimacy. Therefore, in order to allow a centralized government that does not subvert the power structure for its own ends, the Framers of the Constitution assured Americans in the Bill of Rights that national government possessed only those powers specifically delegated to it by the people in the Constitution. All other powers, in all their fullness, are, in the words of the 10th Amendment, “reserved to the states respectively, or to the people.”

Proponents of absolutism reject such limitations on their own power. In their state, the fullness of political power belongs to the absolute ruler (or rulers). Everyone else enjoys whatever freedoms they have at the sole pleasure of the ruler, who is perfectly free to cancel them.

The Founders knew of such rulers from classic history and from recent history. During the lifetimes of most of the Founders, Napoleon would initiate modern absolutism, complete with an imperial law code that renewed absolutism as a great force in the world. But while Washington, John Adams, and Thomas Jefferson all used and developed the great powers of the presidency, the idea of government by the consent of the governed held. The states and the individual citizens continued to be the source of authority of the central government; it was their constitutional agreement that granted the federal government its power, not vice versa.

There is a profound truth embodied in our Constitution’s federalism. The centuries-old Book of Splendor (Zohar) speaks of the attainment of peace in this world as the making of “one within One.” The organization of the universe is such that we govern best by governing ourselves first, making ourselves a one — a whole, integrated person. The all-encompassing Oneness does not rule by obliterating our own small wholeness and integrity. Rather, the wholeness of our own microcosm is in the image and form of the divine wholeness that embraces all things.

In a very similar way, the Framers of our Constitution embrace the model of nested wholenesses. They envisioned the good national order as springing from the good order of each constituent state, which order in turn springs from the good order of its own citizens, as each state is guaranteed “a Republican form of Government.”

Our goal is to establish, to the best of our ability (which within its range is considerable) something that resembles the divine. As the deity is one, while creating and upholding a coherent universe of immense and unfolding complexity, so too we aspire meaningfully to integrate all the complexities of our individual lives within an all-encompassing unity.

That unity is not the merely intellectual unity of the Big Idea. As important as that is, we are aware within ourselves of ideas as being things we derive, however competently, from a fuller and larger reality.

The immense complexity of the universe miraculously resolves itself into coherent ideas. Our human advantage is tied up with what ideas enable us to do — not to be confined to an overwhelmed response to the immensity of the world that surrounds and includes us, but to be able to act in a focused and powerful way.

But not being angels, confined to the holy the way that animals are confined to natural grace by instinct, we find that we must constantly work on ourselves to govern ourselves — and thereby our country — well. Despite the overwhelming seductiveness of political power, we have as a country been generally aware that power that is not harnessed to beneficence is simply evil.

As simple as that is, the long and continuous tradition of law in the West has taught us how complex a process it is to keep political power righteous — or at least not abjectly evil. In the American/English law tradition, there is a continuous, deep engagement with the mighty problems of having freedom and having a government strong enough to protect it against those who care less about liberty.

Today, there is a recrudescence of those who, in the mood of 19th-century romanticism, wish to just embrace a single idea and not be wearied by complexity and respect of difference. Romanticism did not produce only the beauty of William Wordsworth and Percy Bysshe Shelley but also the ideologies of class warfare in Marx — communism — and of modern political anti-Semitism — ultimately, Nazism. The destructiveness of these ideologies is unmatched in world history.

We are many years past seeing people gunned down trying to escape from East Berlin and even further from Stalin’s gulags and mass executions. Blessedly, no new Nazi regime has arisen. With Aleksandr Solzhenitsyn not being read much any more, and certainly not being talked about in most schools, and with our homes filled with Chinese goods and our treasury held up by Chinese credit, communism doesn’t inspire the same revulsion, especially among the young, as it used to do. It is fashionable in many circles to emulate the reduction of morality to ideological conformance. Devote yourself to the One Correct Idea, and you will always be right.

Devotees of such single-focus ideologies wish to be right but aren’t willing to bother to examine themselves critically. Assuming their own correctness, they outsource moral introspection to others, like so many jobs exported to China, to be done by others for us on the cheap.

The looming result is both an economy and a culture undercut by a kind of a radical consumerism that is willing to default towards totalitarianism as long as it delivers a sense of righteousness instantly and without sacrifice.

But the cheapness of it all is becoming apparent. It cannot last. Independence Day is still speaking its message. As we leave the febrile environment of the Plague Year, there are whiffs of fresh air about. The watchman cries, “The morning comes!”