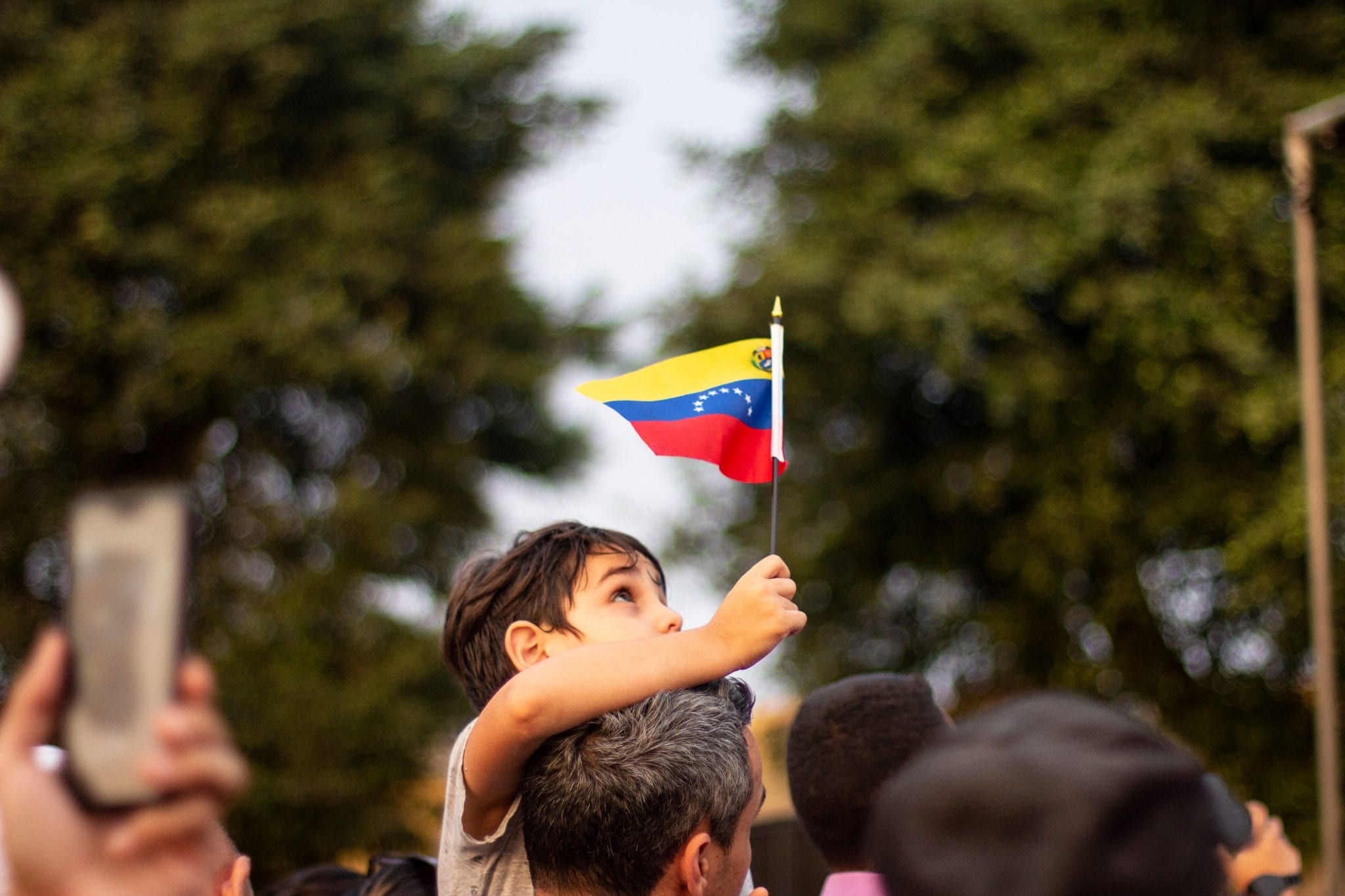 Venezuela has become the next major front in the ongoing shadow war between the loosely aligned axis of autocracies and the U.S.-led coalition of democracies. From Ukraine to the South China Sea to Syria, the two blocs now vie for influence and dominance. The age of conventional warfare — of waging World War II-style military campaigns — is over. The global shadow war is here. In such a conflict, it is truly a war of all against all. Due to this, America’s overwhelming conventional military power is mostly irrelevant compared to the asymmetrical capabilities of China, Russia, and Iran.

As the preeminent international relations scholar, Sean McFate, argues in his newest book, The New Rules of War: Victory in the Age of Durable Disorder, war has gone “underground.” Gone are the days of epic tank battles and massive sorties of warplanes. Today’s conflicts are fought in the “complicated shadows.” Such wars are asymmetrical in nature, in which weaker foes, like China or Russia, employ deception and guile to further their aims against the lumbering Americans.

McFate describes these Shadow Wars as “armed conflicts in which plausible deniability, not firepower, forms the center of gravity.” This, according to McFate, makes war “epistemological.” Information dominance will be key at the earliest phases of such conflicts. The side that deciphers what is real news from fake news about a given conflict (such as in Ukraine) will prevail. In these new shadow wars, “Warriors will be masked and offer good plausible deniability, as offered by special operations forces, mercenaries, terrorists, proxy militias, little green men, and foreign legions.”

Despite the United States having been engaged in an endless array of wars from Afghanistan to Iraq to the Horn of Africa, fighting against unconventional foes using asymmetrical tools of warfare, Washington has been slow to adapt to the new way of war. America’s $787 billion military, for instance, has done little to stop cave-dwelling, AK-47-wielding jihadists from denying the United States decisive victory in Afghanistan and Iraq. Meanwhile, Russia, a country with a GDP roughly equal to that of Italy, successfully managed to invade Ukraine and cleave away the geostrategically vital Crimean Peninsula — while the West, with its massive nuclear arsenal and its much-ballyhooed NATO alliance, simply watched in stunned silence.

Moscow then further humiliated the West by intervening on behalf of the besieged Assad regime in Syria (along with the Iranians). With a handful of warplanes and scores of Russian special forces and mercenaries, Moscow helped to turn the tide of the conflict in Assad’s favor. This was especially galling to the West, since the world’s democracies had inexplicably thrown their support behind the Syrian rebels (who were, in fact, Islamists). The United States was blindsided by Russia’s shadow warfare tactics in both Ukraine and Syria. Whatever one’s opinion on whether Washington should support the causes of either Ukraine or the Syrian rebels, the fact remains that Russia was able to not only embarrass the mighty United States, but they also managed to stymie a real response from the West to their provocations — precisely because the Russians successfully employed the concepts of shadow war against the unprepared Americans.

China has engaged in similar tactics in the South China Sea. Insistent on keeping its ongoing conflict with the West just below the threshold of war, China has managed to increase its hold on the important South China Sea region tenfold. Using its coast guard and armed fishermen, China has established an illegal foothold in the South China Sea — even going so far as to build manmade islands armed to the teeth. Unsure of how to respond to such a threat, Washington has dithered. As a succession of American administrations were blinkered by China’s shadow war strategy, Beijing continued expanding its reach and managing perceptions to the point that now many countries are ambivalent to China’s ongoing aggression.

The American Attempt at Shadow War

After years of trying to force America’s enemies — whether it be al Qaeda or Russia — to fight the wars our Pentagon wanted to fight, the Trump Administration appears to be trying its hand at shadow war in Venezuela. Unsurprisingly, America’s efforts there are proving disastrous. Rather than effectively ousting the quasi-Communist regime of Nicolás Maduro (and, thereby removing the unwanted influence of Russia, China, Cuba, and Iran from the area), Washington’s program of supporting the youthful democratic socialist, Juan Guaido, is an endless embarrassment. Sean McFate is correct: states committed to conventional warfare are incapable of comprehending the complexities of unconventional warfare today.

Venezuela is a vital country in the Western Hemisphere. It sits atop what might be the wealthiest source of oil in the world, yet the country is poor and its people are starving. While many Venezuelans have protested the failures of the Maduro regime to provide basic services to them, many are unprepared to support Juan Guaido’s challenge to Maduro — especially since Guaido is perceived as being an agent of us imperialist gringos. Most Venezuelans may be starving and oppressed by the communistic government of Nicolás Maduro, but they clearly hate us Americans more.

After months of engaging in what Sean McFate has dubbed the “dark arts” of shadow war, the American effort in Venezuela is floundering. The United States has employed a full-throated information war against Venezuela over the last two years — everything from exaggerating Guaido’s support among the Venezuelan people and military to lying about the Venezuelan military setting trucks filled with foreign aid on fire — and still the American effort is failing. Clearly, the United States needs to perfect its shadow war capabilities.

Yes, Maduro is disliked. But, his U.S.-backed replacement struggles to win support. America has spent years piling onerous economic sanctions on Venezuela, although, the Maduro regime remains firmly in power. There was even an assassination attempt on Nicolás Maduro using a drone in recent months that ended in failure.

What’s more, the countermoves made by the world’s autocracies are proving effective. Russian mercenaries from the potent Wagner Group (which is an unofficial arm of the Russian military) now roam Venezuela en masse. Cuban intelligence agents have been placed in key positions of authority in Venezuela’s military, ensuring that the bulk of the officer corps remains loyal to Maduro. For his part, Nicolás Maduro maintains his grip on the Venezuelan military by allowing its members to engage in the illicit narcotics trade, earning them millions of dollars and making them American targets. China overtly decries illicit American influence in Venezuela, with little pushback from Washington. The kleptocratic Venezuelan regime successfully skirts the American sanctions by selling hundreds of thousands of barrels of oil to nearby Cuba. Then, Turkey helped Maduro’s cronies move $900 million of much-needed Venezuelan gold from their besieged land to Turkey, preserving the wealth of Venezuela’s elite, thereby making it harder for the United States to threaten Maduro with insolvency. At the same time, Iran continues its disturbing friendship with Venezuela, moving personnel, equipment, and money into the Western Hemisphere.

Time Is Not on Our Side

Just as we’ve seen with Bashar Assad in Syria, the longer that a dictator remains in power, the more appealing that dictator’s position becomes to fellow autocrats, like those in Russia — and the more likely it is that these more powerful autocrats will ride to the rescue. The United States has spent 20 years ignoring the changing trends in warfare. We continue purchasing $13 billion-per-unit aircraft carriers and have spent $1.3 trillion on the F-35 Joint Strike Fighter over the last decade (that’s more than Russia’s entire GDP). Yet, America continues losing ground to these smaller and militarily weaker countries and non-state actors (like al Qaeda). From Afghanistan to Ukraine to the South China Sea and, now, to Venezuela, the United States is losing.

The ongoing American effort to destabilize the vile Maduro regime in Venezuela appeared to be a gallant attempt by Washington to hone its own shadow warfare capabilities. If that’s the case, then, the United States needs to go back to the drawing board because our rivals are better at this kind of warfare than we are. Should this situation persist, then, you can expect America’s rivals in Moscow and Beijing (and elsewhere) to continue challenging American power… and to keep achieving their objectives while America fails to accomplish its own goals. Over time, this will lead to a victory for autocracy in the ongoing competition between the world’s autocracies and democracies.