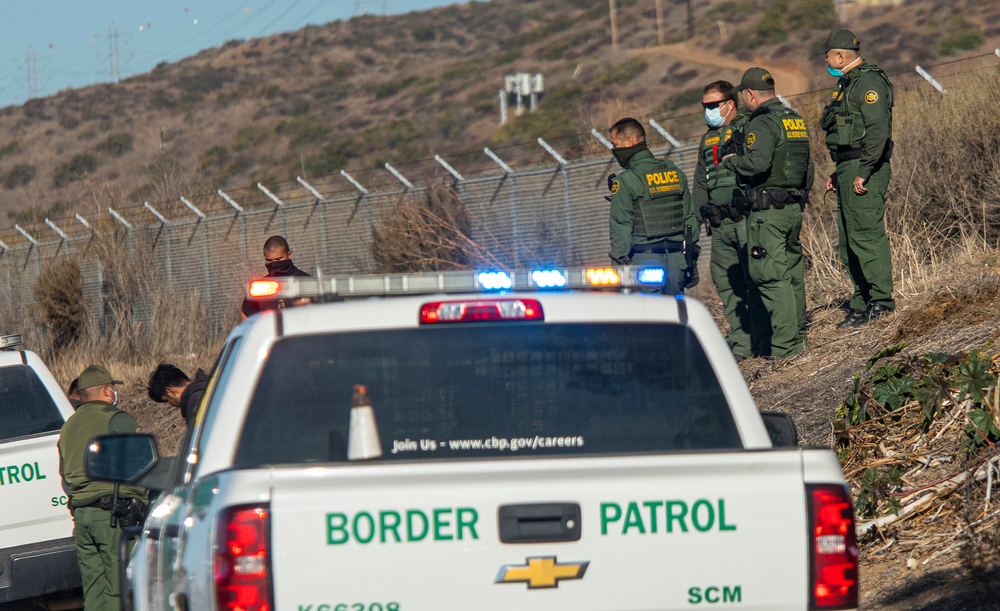 Border crossings have surged since President Joe Biden was elected, and officials in Texas last week expressed alarm at the number of migrants who test positive for the coronavirus and are being released into the United States.

Fifty-one percent (51%) of Likely Voters oppose such an amnesty plan, including 35% who Strongly Oppose amnesty. Forty-five percent (45%) say they support amnesty for undocumented immigrants, including 22% who Strongly Support it.

The most interesting result of the polling is this:

As Americans have seen the reality of the Biden open-borders policy and the thousands of children being kept in horrible conditions because of it, voters’ minds are changing. For four years, Trump was accused of being racist for objecting to an open southern border.

Biden ceased construction of the border wall and invited illegal immigrants into the country. Immigrants heard the change in messaging, and thousands poured towards the border, causing the current crisis.

The media has attempted to obscure the debacle, reframing the “kids in cages” narrative with softer language even though the images from the “kids in cages” days were actually from the Obama administration. In reality, President Trump’s policy of beefing up the border and telling families to not send their children reduced the border crisis and kept children safe from human trafficking.

The Left has used illegal immigration as a surrogate issue to tar their political opposition as heartless racists. It’s good to see Americans are not buying it. Remember this?

I’ll never forget this, because it was the moment I saw with my own eyes that the America I love was becoming a nation that steals refugee children from their parents,& caged them.

More kids died after this. To date, no one has been held accountable.

We need to save these kids. https://t.co/HhdMqc5zML

Searched Grabien’s PhotoBank and found these alternate angle pics of @AOC where her sad-face pics were shot. Apparently she was crying about the lack of migrant children for her photo op. pic.twitter.com/8FMB8OQR6K

Biden’s decision to open the border during a pandemic has horrified the American people, and the Rasmussen poll bears this out. And this is without most Americans knowing that immigrants are coming to America, infected, getting on buses, and fanning out across the country:

Felipe Romero, a spokesperson for Brownsville, said Wednesday that the 108 positives represent 6.3% of the number of total migrants who have been rapid-tested at the city’s main bus station, where they are being released by the Border Patrol. Rapid testing of the individuals began there on Jan. 25….

Migrant families who tested positive and spoke to that news organization at the bus station said they were waiting to travel to places such as Maryland and New Jersey.

“On the way, we were wearing a mask all the time, gel, washing our hands,” Eva Orellana, a 29-year-old from Honduras who came to the U.S. with her 3-year-old daughter, told Noticias Telemundo Investiga.

She added that she was going to take a bus to North Carolina and had purchased tickets.

“Really, I don’t feel anything,” she said.

The Rasmussen poll shows the shift in American sentiment:

Despite strong opposition to amnesty among GOP voters, 10 Republican House members have announced their support for H.R. 1306, which would grant amnesty to over 1 million undocumented farm workers and family members.

The divided country has caused problems for policy-makers. Leftists want more immigrants, and they seek to naturalize them as American citizens as soon as possible because they see them as guaranteed Democrat voters who will ensure hegemony for the next generation. GOP donors, many of whom own businesses or are libertarian in political philosophy, want cheap labor to reduce the costs of doing businesses. American workers see immigration, both legal and illegal, as squeezing an already burdened job market. They don’t like either part bringing in competition for their jobs — whether the jobs in question are in engineering or blue-collar work.

Solutions in the past have included seasonal visas for farm workers. Or, as Rasmussen notes, the recent legislation offers lifetime work permits that can end with U.S. citizenship.

In the era of COVID, with joblessness, inflation, increasing interest rates, and scarce housing, President Biden is finding that his illegal immigration stance is exceedingly unpopular. If his actions thus far are any indication, he’ll go against public sentiment and appease his radical base.