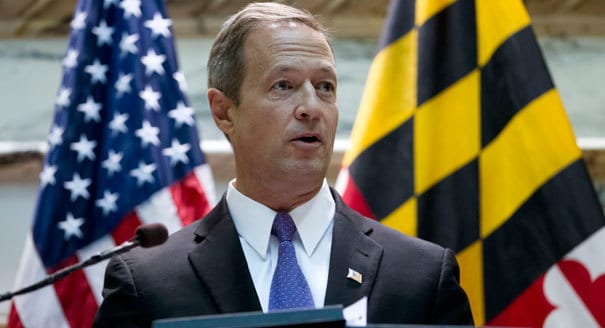 This weekend (March 30-April 1), for the fourth year running, the Baltimore Convention Center will host the joint convention of the Islamic Circle of North America (ICNA) and the Muslim American Society (MAS). Alongside a cohort of prominent clerics will also be former Maryland governor and Baltimore mayor, Martin O’Malley, who just recently appeared on the confirmed speakers list.

Last April, the Baltimore Sun published a laudatory piece about the annual event. The Sun’s article glowingly describes how conference attendees handed out “blessing bags” of household necessities to needy families and fed hundreds of homeless on the streets of Baltimore.

But the Sun missed a crucial detail about ICNA-MAS in its report: both ICNA and MAS are outgrowths of international Islamist movements. Both groups use benevolent community involvement to provide cover for their continued practice of sponsoring extreme hate preachers and bigots.

MAS is a radical Islamic organization that has been criticized by the Anti-Defamation League for its anti-Semitism and support for terrorism. ICNA is the American arm of the South Asian Islamist group Jamaat-e-Islami (JI), which was complicit in the 1971 Bangladeshi genocide. Both ICNA and MAS have been accused of links to terrorism, and regularly promote extremist rhetoric. For instance, the joint convention’s 2017 Program Director, Ahmed Taha, is a strident anti-Semite and Muslim Brotherhood supporter. He has posted videos that claim to expose the “Rothschild Zionism Secret Regime in America” and circulated articles claiming that Egyptian leader Abdel Fattah el-Sisi is a “Jew” and Egypt is now “Israeli-occupied territory.”

MAS and ICNA are so extreme, in fact, that Congressman Keith Ellison (D-MN) has withdrawn — not once, but twice — from speaking at previous ICNA-MAS and MAS-ICNA conferences, after MEF and our allies published research about the extremism of the speakers. This year, Ellison’s name did not even appear on the speakers list. Another notable nonappearance on this year’s ICNA-MAS speakers roster is that of Tariq Ramadan, who has been a regular at ICNA-MAS/ MAS-ICNA conventions for several years. Though, of course, since Ramadan is currently sitting in a Paris prison on multiple rape charges, his absence from ICNA-MAS is less curious.

Similarly, the popular Salafi preacher Nouman Ali Khan, another MAS-ICNA regular who was at the center of a different sexual misconduct scandal last year, did not appear on the speakers list. Though, given the recent lawsuit Khan’s educational outfit — Bayyinah Institute — has filed against current ICNA-MAS speaker Omar Suleiman, Khan’s absence could simply indicate that ICNA-MAS is looking to avoid infighting among its guest lecturers.

As for speakers ICNA and MAS are hosting this year, the list comprises a motley crew of hateful imams, Islamist activists, and extremist teachers, including: Hassan Shibly, who endorses Khatme Nubuwwat (KN), an international network dedicated to inciting violence and hatred against the peaceful Ahmadiyya Muslim sect; Omar Suleiman, who described homosexuality as a “disease” and a “repugnant shameless sin” and referred to the Islamic death penalty for the “people that practiced sodomy”; and Suleiman Hani, a hardline cleric who writes that “‘Freedom of speech’ is a facade of a tool that is used inconsistently by those in power” and is used to stifle “objective discussion” of the “Holocaust and Jews.”

Other speakers include the imam Mohammed Qatanani, who was identified by New Jersey’s Office of Homeland Security and Preparedness as a notable Hamas supporter and, as of December 2016, was fighting deportation on the grounds that he failed to disclose his connections with the organization; Abdul Nasir Jangda, a cleric who studied at a madrassa in Pakistan that reportedly brainwashed children into supporting terrorism, and who (according to a dossier of some detailed notes published by Jangda’s students) defends the use of female sex slaves and justifies marital rape during his classes; and prominent Egyptian-American activist Khaled Lamada, who has used Facebook to circulate text praising the “jihad” of the “Mujahidin of Egypt” for “causing the Jews many defeats.”

As well as former governor O’Malley, included among these Islamist figures as convention speakers are Amy Goodman of Democracy Now! and Kathy Manley, legal director of the National Coalition to Protect Civil Freedoms.

Given the terror-connections, the clear anti-Semitism and homophobia, the intolerance of other Muslims, and the disdain for American democracy that prevails amongst ICNA-MAS guests, we can’t help but wonder why figures such as O’Malley, Goodman, and Manley would even consider attending such a conference, much less sharing a stage with its speakers. For years, ICNA-MAS has disseminated a hateful, totalitarian ideology that appears far removed from the views of America’s historically moderate Muslim communities.

If O’Malley, Goodman, and Manley do not wish to legitimize these extremists as representative of American Muslim communities, they will withdraw immediately from the ICNA-MAS convention.

Samantha Rose Mandeles is the Coordinator for Islamist Watch, a project of the Middle East Forum. Follow her on Twitter at @SRMandeles.