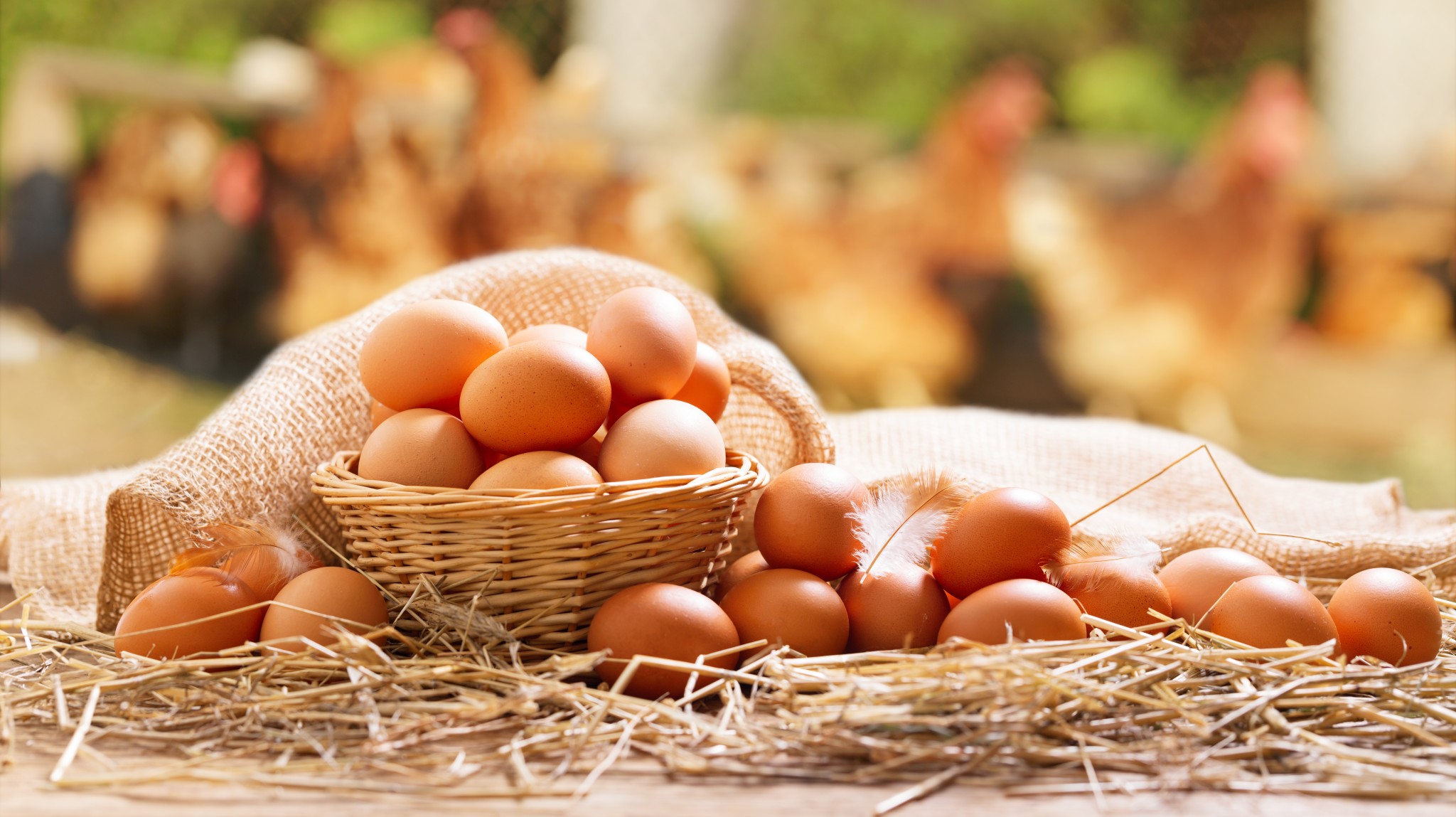 So crooned the weird John Lennon in The Beatles’ iconic 1967 piece “I Am the Walrus.” The song spouted lots of gibberish, including about (and I quote) “yellow matter custard dripping from a dead dog’s eye,” plus various other blather. There was a notable literary reference to people “kicking Edgar Allan Poe.” Otherwise, the tune told us mainly what we already suspected about The Beatles; namely, they had started dropping acid.

That is literally true for the walrus tune, as I’m told that John Lennon attributed his dubious inspiration to some whacked-out combination of LSD and TM (Transcendental Meditation). That’s a toxic combo. Yes, that makes sense.

The days of “She Loves You” and “I Want to Hold Your Hand” were clearly gone.

But I digress. Back to “I am the eggman!”

I’m inspired to wax lyrical at this moment because I, your devoted correspondent at this venerable publication of politics and culture, happen to be, myself, an egg man. (The Beatles rendered the spelling “eggman,” but my copy editor, a nice traditional Catholic girl who wouldn’t dream of dropping acid, renders it “egg man.” I’ll go with her.)

Yes, it is true. I raise chickens, you see. I therefore collect eggs. I am the egg man at my homestead.

My coop is gender binary; it isn’t a choice.

And why is this noteworthy right now? Well, unless you’re completely untethered from economic realities — akin to our babbling president squawking about Republicans as buddies of the wealthy — you’re well aware that there is a national crisis afoot with eggs. Their price has gone through the roof. That is especially the case at the looney bin that is Gruesome Gavin Newsom’s California, where the price of a carton of eggs has somehow managed to even exceed the obscene price of a gallon of gasoline.

Of course, it isn’t just California. Egg-flation is soaring nationwide, courtesy of chickens being hit with a kind of poultry version of COVID. The avian flu outbreak in the poultry industry has taken its toll on these poor birds, sending them into a death spiral and sending the cost of eggs soaring, double from a year ago. Nationwide, the prices range from about $4 to as high as $9 some areas.

But this egg madness is not, I assure you, happening at the Kengor abode. I have over a dozen chickens supplying me and the Missus with about 10 eggs per day — organic, healthy, and free (minus the feed cost).

You are inclined to marvel that I must be the envy of the neighborhood. But more than that, according to Kelly, one of our dedicated readers of The American Spectator, I must also be the envy of the ladies. To wit, Kelly emailed me a parody from the brilliant Babylon Bee, titled “Man Everyone Mocked For Raising Chickens Gets Last Laugh.”

The Bee dispatch concerns a supposed Minnesota fellow named Verp Winston, long belittled by neighbors for raising chickens in his backyard. Once derided as the village “dork,” Verp is suddenly the town’s most desirable bachelor.

“Winston is now the most eligible bachelor for miles,” observes an enamored local woman named Fran Crugg. “All the women want him.”

Admittedly, Verp’s luck with the ladies is not applicable to my situation. I’m in my 50s and have been married for nearly 30 years, with a wild brood of eight kids, including three young boys terrorizing the grounds. Not much opportunity for me to hop into a Corvette and cruise for girls with a couple hens riding shotgun.

Of course, Bill Clinton was in his 50s and married when this historic publication exposed him exposing himself as a sort of, well, cock in a henhouse. But unlike Bill, I’m faithfully married. Then again, in Bill’s partial defense, I’m not married to Hillary Clinton.

Admittedly though, as a man who raises chickens, I do pick up the chicks. (Sorry, I couldn’t resist.)

But chicks aside, I pick up the eggs. My family has them in plentiful supply. And in this moment in modern America, that’s genuinely worth something. When I declare, Lennon-like, that “I am the egg man,” I’m not warbling some psychedelic twaddle. I’m not doped up. I’m collecting food for the family.

Speaking of which, if you’ll further indulge me, I have an entire governing philosophy for what I’m doing. (My other job, after all, is professor of political science.) There is a whole worldview behind my bird-raising.

Financially, my family raises chickens to have some measure of self-sufficiency. Growing up, I heard stories from my grandparents about surviving the Great Depression. My grandfather grew up on a farm outside of Emporium, Pennsylvania. When I asked how he and his siblings survived the Depression, he explained that his family had been completely self-sufficient. They grew plants inside and outside. They raised chickens, rabbits, pigs, cows, goats, sheep. They hunted and trapped and fished and preserved and canned food. They grew apple and pear trees and grapes. They sought out edible plants and picked and canned wild berries. They didn’t line up at the government trough.

I always admired that and have sought to pass along to my children some degree of self-sufficiency. For the kids, it’s good to see where food comes from.

There is not (a trigger warning to progressive readers) any gender confusion among my chickens. The good Lord made them male and female, and they know it. My coop is gender binary; it isn’t a choice. I’ve yet to be smacked upside the head by a disgruntled transgendered rooster who wants to lay eggs. The hens are not clucking and clamoring for 50 different gender options.

All of which is valuable information for my children. They’re getting an accurate, nonideological education about the birds and bees that they plainly wouldn’t get in our bird-brained public schools.

Incidentally, this positions my children, intellectually, far above the tenured Ph.Ds. at the university DEI office, not to mention the Democratic Party. They understand biology better than Joe Biden and Kamala Harris.

There are also moral lessons in bird-raising. My son John referred to my male turkey’s three female cohorts as its “wives.” My wife didn’t like that characterization and was quick to tell John that in the human world, a man has one wife (with the caveat that progressives are busily redefining marriage).

My younger son Joe chimed in with a keen historical insight. He innocently noted that our strutting turkey “does have less wives than Muhammad.”

Kudos to Joe. He was clearly paying attention during the homeschool lesson on Islam.

You see, dear reader, there are historical-educational benefits to this bird-raising business. The advantages are not merely financial.

But currently, given the avian flu, my bird genius is particularly admirable for its financial wisdom. I’m saving the Kengor clan a decent little chunk of cash — maybe enough to squeeze a few more gallons of gasoline into our 12-passenger, Baptist Church–looking van. Those prices, too, have become obscene in Joe Biden’s America.

Maybe you’ll all be eating yellow matter custard, whatever that is. Or walruses. I will be eating eggs.

The Catholic Case Against Communism