Loose Canons,Top Story Afghanistan,Ahmad Massoud,Amir Khan Mutai,Joe Biden,Taliban Humanitarian Aid for Barbarians - The American Spectator | USA News and Politics
Menu
Loose Canons
Humanitarian Aid for Barbarians
It the height of delusion to give the Taliban “humanitarian” aid. If anyone deserves our support in Afghanistan, it is Ahmad Massoud.
by Jed Babbin
Joe Biden addresses the UN last Sept. 21 (The White House/Wikimedia Commons) 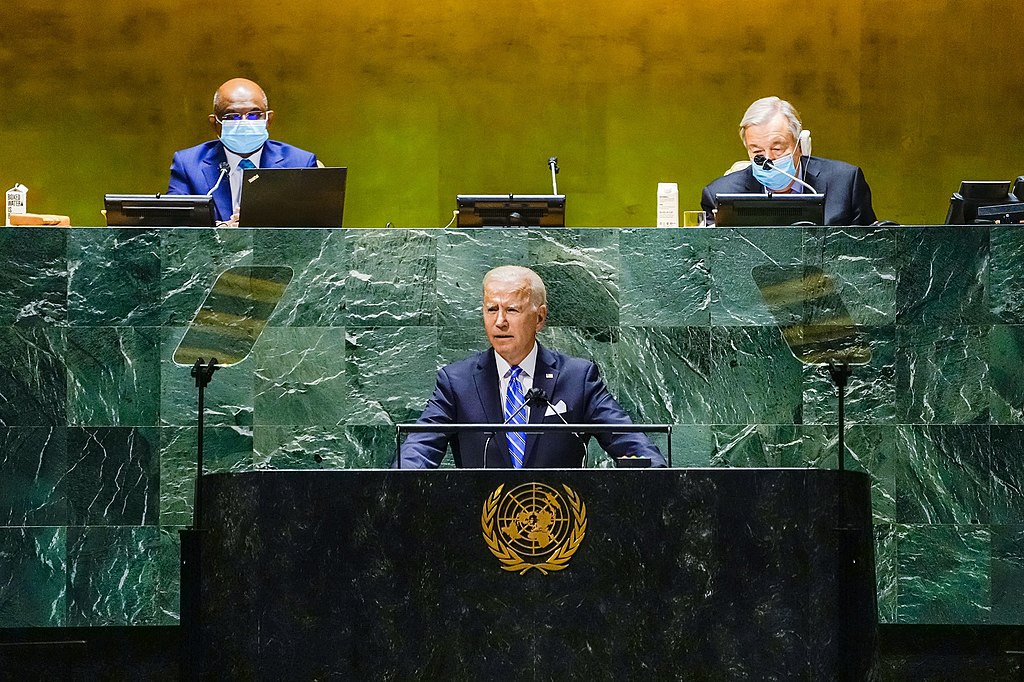 Since the Taliban seized power in Afghanistan on August 15, there has been very little news about the hundreds of American civilians abandoned by President Joe Biden to the mercies of the Taliban and al-Qaeda. One report last week said that about one hundred of those Americans had been flown out to Qatar, but there is no confirmation of that report.

The media, as we have come to expect, is ignoring the plight of the Americans and the thousands of our Afghan allies left behind. We know, from scattered reports, that most of the more than one hundred thousand of the Afghans we managed to evacuate have no form of identification. Among them, inevitably, will be Taliban, al-Qaeda, and other terrorists. Some are reportedly just walking off the military bases on which they are supposed to be detained.

To absolutely no one’s surprise, the Taliban have no ability to govern Afghanistan. They only have the ability to brutalize people as they have in the past and since they regained power. Images of bodies hanging from construction cranes meld together with reports that Taliban murder gangs have been seeking out Afghans who have helped U.S. forces and summarily executing them. These gangs are reportedly using the U.S. biometric identification system, and its database, which U.S. forces left behind.

On September 21, Biden addressed the UN in a speech that was entirely divorced from reality. He spoke about “expectations” about which the Taliban have never cared and don’t now. Biden said that, “the expectations to which we will hold the Taliban when it comes to respecting universal human rights. We all must advocate for women — the rights of women and girls to use their full talents to contribute economically, politically, and socially.”

Biden’s comments were a sick joke. There’s no way he could — or would even try — to hold the Taliban to any standard of civilized behavior. They are unchanged from what they were in the 1990s when they first ruled Afghanistan. They are barbarians.

As I wrote on August 18, the stupefying incompetence of Biden and his military leaders led directly to the abandonment of American civilians and most of our Afghan allies.

As Afghanistan slides back into an 8th century sort of warlord culture, Biden continues to demonstrate his characteristic incompetence, and the European Union is following suit under threats from the Taliban.

The situation in Afghanistan is, as the Wall Street Journal reported on Saturday, very desperate for ordinary Afghans. People are selling their children to get enough money to feed their other kids. Electricity is intermittent and food is scarce.

Last Tuesday, October 12, the European Union said it will send about $1.5 billion in humanitarian aid to the barbarians. But the Taliban want more. A lot more.

A day later, the Taliban threatened the U.S. and the EU with a flood of “economic refugees” if economic sanctions were continued against it. Taliban acting foreign minister Amir Khan Mutai told Western representatives in talks in Doha, Qatar, that “weakening the Afghan government is not in the interest of anyone because its negative effects will directly affect the world in [the] security sector and economic migration from the country.”

Earlier, on October 10, after a meeting with U.S. representatives in Doha, Taliban representatives said that they were expecting U.S. “humanitarian aid,” which the Biden administration didn’t confirm it had agreed to pay. The smell of ransom payments pervades that report.

The EU plan reportedly is for the $1.15 billion in aid to be funneled through “non-governmental organizations” — NGOs — which are usually charities whose activities are political and tilted heavily toward the left.

The Taliban are still our dedicated enemy. Because of their ideology, they cannot be deterred. Jihadis from all over the world are coming to Afghanistan to build al-Qaeda and other terrorist networks back to their pre-9/11 strength. The safe havens the Taliban will provide them will enable them to mount terrorist attacks against the U.S. and its citizens abroad as well as against our allies.

It’s bizarre that we and the EU would be sending any aid to the Taliban. Make no mistake. Most of whatever aid the U.S. and the EU send, even through NGOs, will be diverted by the Taliban to their own purposes.

There is a far better way to aid the Afghans than to send aid to the Taliban.

On August 18, three days after the Taliban seized power, the Washington Post published an op-ed written by Ahmad Massoud, the son of Ahmad Shah Massoud, the Northern Alliance leader who was assassinated by al-Qaeda or the Taliban two days before the 9/11 attacks. The younger Massoud is the new leader of the National Resistance Front of Afghanistan. In it, Massoud pleads for help for his new resistance movement. He wrote:

We have stores of ammunition and arms that we have patiently collected since my father’s time, because we knew this day might come…. We have soldiers from the Afghan regular army who were disgusted by the surrender of their commanders and are now making their way to the hills of Panjshir with their equipment. Former members of the Afghan Special Forces have also joined our struggle.

Yet we know that our military forces and logistics will not be sufficient. They will be rapidly depleted unless our friends in the West can find a way to supply us without delay…. No matter what happens, my mujahideen fighters and I will defend Panjshir as the last bastion of Afghan freedom. Our morale is intact. We know from experience what awaits us.

But we need more weapons, more ammunition and more supplies.

It’s too much to hope for that Biden and the EU leaders will help Massoud’s National Resistance Front. The Taliban will hunt them down and may even succeed in assassinating Massoud as they or al-Qaeda did his father.

Massoud and his fighters are more than worthy of our support. He may exaggerate their strength and morale, but our support is the key to their ability to fight the Taliban. They should have it, with a flood of food, arms, and ammunition coming to them however we can smuggle them into Afghanistan. We should share intelligence with them that can help in their fight.

Massoud and his National Resistance Front are fighting our fight despite our quitting the battlefield. Biden’s statement to the UN that he ended the Afghanistan war was entirely false. The war goes on, and Massoud is fighting it. The more we help them now, the less American blood will be shed in the future.