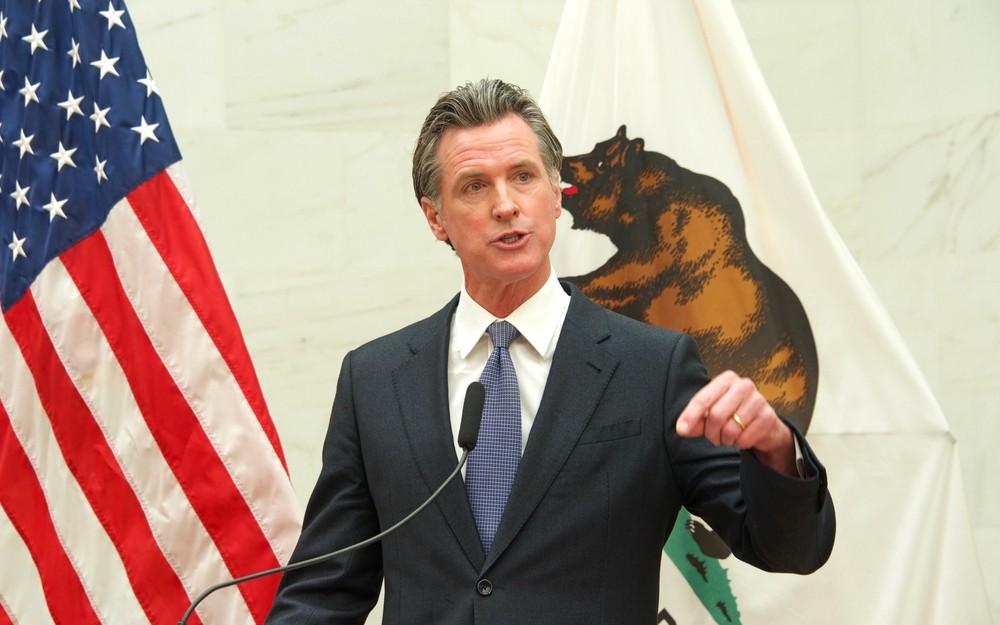 California Gov. Gavin Newsom recently visited Washington, D.C., to accept the Frank Newman Award for State Innovation. His acceptance speech claimed that education is under assault: he cited book bans, speech restrictions, and the “othering” of students, teachers, and parents.

Newsom’s speech was a subtle nod towards Ron DeSantis that joined the onslaught of criticisms targeting the Florida governor. Democrats take issue with his opposition to topics ranging from critical race theory (CRT) to gender and sexuality. But the real ideological battleground is not merely topical, nor is it only a moral panic over whether All Boys Aren’t Blue is in school libraries or lessons on white privilege are taught in the classroom. The education budget is the main issue ahead of the midterms, and states like Florida have an opportunity to demonstrate why they’re freer than California. Outspending Democrats in career and technical education (CTE) would give freedom back to students by reducing higher education’s influence on their ideology and career choices.

The current education system fails students. High school graduation requirements favor college readiness at the expense of career readiness, so students and families see a four-year degree as the gateway to high-paying jobs. Unfortunately, this puts universities in the role of gatekeepers, forcing students to pay for expensive tuition and fees just to prove their maturation to employers. Even worse, the incentives to attend college deprive American companies of high-skilled workers. After spending four years and over $100,000, the average student graduates with $37,693 of loan debt and a woke ideology that the graduate brings to a company or newsroom near you.

CTE would loosen the economic and ideological grip of higher education, which produces critical theory majors who don’t fill critical positions and extorts students who purchase a degree in exchange for soft skills.

Career and technical education (CTE) is a boon to conservatives because it reduces the outsized influence of universities on students’ ideology and the kinds of jobs they value. CTE shows students and families that college isn’t their only option. Students and families have adopted the college-or-bust mindset because of degree inflation, or the rising percentage of jobs that require bachelor’s degrees. Employers perceive a skills gap between students with a bachelor’s degree and students with only a high school diploma. They cite skills including analyzing data and applying learning in real-world settings as what they value in college graduates. The premium employers place on these skills makes degree-holders earn an additional $22,000 a year on average.

CTE closes the skills gap — and the income gap — by giving students work experience. In general, a robust CTE program asks students to complete core classes in subjects including English, history, government, and math during their first two years of high school. Students then have the opportunity to take industry-specific classes, such as welding, and work in a job, internship, or apprenticeship.

An example of CTE at its best is San Antonio’s Centers for Applied Science and Technology (CAST), a nonprofit network of schools. CAST students choose a degree plan during registration. They take core classes and additional credits that apply to career fields including public service (such as law enforcement or hospitality) and business and industry (such as automotive or information technology). Almost 50 percent of their first graduating class interned during high school, leading to jobs that directly related to their internships.

States can also fund specific CTE programs so that students meet the demand for skilled labor. Florida’s education budget funds pathways to professions such as nursing, law enforcement, and supply chain management. CTE programs address the skilled labor shortage, whereas universities are more likely to funnel students into make-work positions. For example, in the spring edition of City Journal, Swedish writer Malcom Kyeyune pointed out the burgeoning field of woke communicators, human resources personnel, and consultants. He argued that positions such as racial equity consultants bolster a managerial class of privileged college graduates. CTE produces more mechanics and fewer “moral managers” whose sole purpose is to audit the diversity of a company’s hiring and firing.

CTE would loosen the economic and ideological grip of higher education, which produces critical theory majors who don’t fill critical positions and extorts students who purchase a degree in exchange for soft skills. But given our college-or-bust culture, funding for CTE is sparse. In 2021, Congress only provided about $1.3 billion through Perkins V, the federal grant that funds CTE. State and local spending, which pays for the vast majority of education expenses, provides a small fraction of funds for CTE compared to, say, higher education. The most that CTE programs can usually hope for is to receive a few hundred million dollars in annual funding.

Past Republican efforts attempted a bold, unprecedented expansion of CTE. Former President Donald Trump proposed doubling the Perkins V grant in 2020. This didn’t come to fruition. Education funding in 2021 instead reflected the status quo: Spending on student aid for higher education was nearly 84.5 times higher than career, technical, and adult education. In other words, students and families received the message that college readiness, not career readiness, is the priority.

Republicans can make bold moves this midterm season. Candidates should campaign on increasing the Perkins V grant and state spending on CTE. Outspending Democrats on CTE will come with opportunity costs, reducing other areas of the education budget. Candidates will have to decide where exactly to make those cuts, but canceling the higher education cartel is one suggestion. Taxpayers shouldn’t have to fund a university’s bloated administrative staff or amenities like lazy rivers.

Because nonprofit schools like San Antonio’s CAST offer some of the best CTE programs, Republicans should continue campaigning on school choice. They can also expand CTE in public schools, enact policies that change graduation requirements, remove some of the regulatory barriers to employing high schoolers, or provide data to inform students of options other than a four-year degree. Example policies include Idaho’s new CTE diploma; reports in Missouri that inform students of which jobs are most in-demand; and Oklahoma’s expanded eligibility for work experience, which allows students 16 or older to seek a job, internship, or apprenticeship for academic credit.

CTE disrupts the status quo in education, but right now, there aren’t enough candidates willing to start that conversation. In a recent attack ad, Newsom unwittingly explains the problem with the current education debate. Newsom tells Floridians, “Join us in California, where we still believe in freedom.” He promises “freedom from hate,” a reference to Florida’s legislation on Parental Rights in Education and Stop the Wrongs to Our Kids and Employees (WOKE).

As Newsom and DeSantis air competing messages on education policy — possibly to face off in the 2024 presidential election — they both claim to give students freedom. For Newsom, it’s freedom to keep certain views on race and gender in the classroom, and for DeSantis it’s freedom from indoctrination during school hours.

But these promises of freedom are ultimately superficial because they address topics rather than offer real options for students’ education and careers. Republicans need to deliver a freedom to rather than just a freedom from by expanding school choice. This would give students the option to attend competitive career-themed high schools. They can also expand students’ choices by ending higher education’s outsized influence on their values, including the work they consider valuable. Candidates should advocate for increasing CTE funding at the local, state, and national levels and champion policies that make it easier for high school students to gain work experience.

In addition to campaigning on freedom from certain ideas, Republicans will distinguish themselves by also campaigning on the freedom to excel without a four-year degree. CTE, not CRT, would be a far more interesting distinction in the midterm elections.