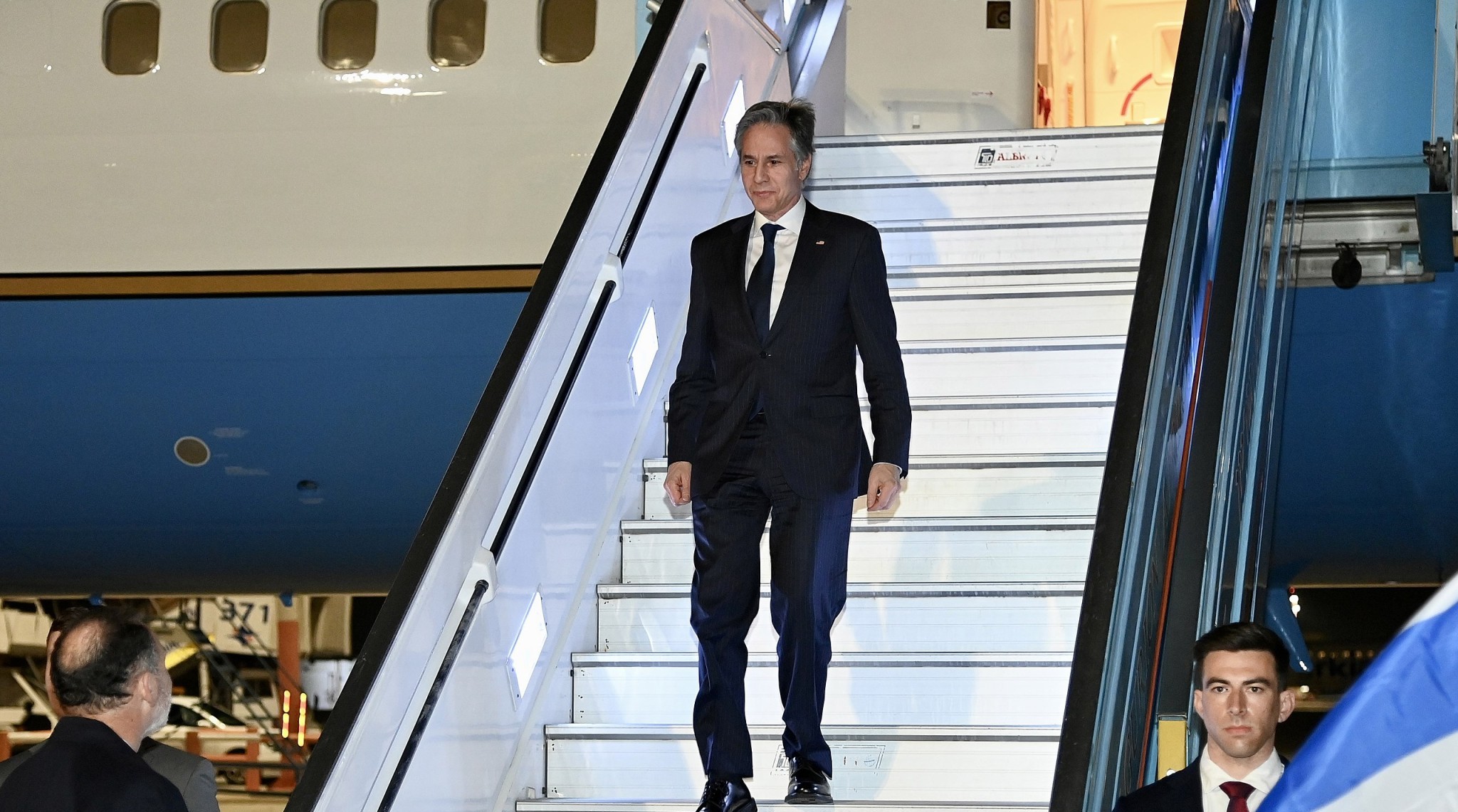 The plotline of How to Undermine Friends and Empower Enemies is formulaic. The president, his advisers, and members of Congress pursue agreements, make statements, and introduce resolutions aggravating the Middle East through endangering allies and advancing the interests of adversaries. Main characters include Israel, Saudi Arabia, the United Arab Emirates, and Iran, while Hezbollah and Hamas play supporting roles.

The show-runners for How to Undermine Friends and Empower Enemies are prominent progressives like Rep. Alexandria Ocasio-Cortez and Sens. Chris Murphy and Bernie Sanders. In their view, the key problems of the Middle Eastern drama are power disparities and an over-reliance on military tools by the U.S. and her regional allies. Military buildup and the use of force maintain power differentials while heightening insecurity, instability, and injustices. So the show-runners construct storylines and develop episodes emphasizing themes like sharing the neighborhood, promoting dialogue, resorting to diplomacy, and strengthening institutions.

The trailer for a forthcoming episode — “Resurrecting the JCPOA [Joint Comprehensive Plan of Action] with Iran” — indicates a lack of vision and leadership from Network President Joe Biden. The uninspired script should remind audiences of the Beverly Hills, 90210 reboot. Do we need to see more episodes of Kelly, Donna, Brandon, Steve, Brenda, and David to know that things will remain dysfunctional? And why resurrect an agreement that only received a 42 percent rating on the Senate’s version of Rotten Tomatoes in 2015?

Nonetheless, Marketing Director/Press Secretary Jen Psaki will hype “Resurrecting the JCPOA” as a story of diplomacy triumphing over war. Members of the marketing team will follow the example of Ben Rhodes, the former assistant director of the 2015 episode on the JCPOA who fabricated parts of the narrative and relied on elements of the press to ensure viewership.

Psaki and her cohorts have a tough sell.

Previews of “Resurrecting the JCPOA” are misleading. Viewers are told the JCPOA will resolve the drama of the Middle East. It does not. The show fails to properly confront the main antagonist, Iran. The agreement attempts to address the Iranian nuclear program but avoids the issues of Iranian threats and Iranian-funded militias, both major concerns of main actors, Saudi Arabia, Israel, and the UAE. “Resurrecting the JCPOA” enables these behaviors through an infusion of cash and a relaxing of sanctions while leaving the door open for Iran to acquire nuclear capabilities.

Previews of “Resurrecting the JCPOA” are misleading. Viewers are told the JCPOA will resolve the drama of the Middle East. It does not.

The resurrected JCPOA is just the latest episode of How to Undermine Friends and Empower Enemies. A pilot script was apparently on Washington, D.C.’s acclaimed Black List for much of the 2000s, and the series was officially green-lit when Barack Obama became network president in 2009. Production started immediately, with an early episode revealing a shocking twist — President Obama and top screenwriter Ben Rhodes introduced and then wrote out the character of Egypt’s President Hosni Mubarak, a stalwart U.S. ally for three decades. In his place they elevated the previously unknown Mohammad Morsi, a member of the Muslim Brotherhood, which seeks to confront U.S. ally and cast regular Saudi Arabia.

In 2019, Sen. Murphy produced the episode “Can’t Stop Loving You.” It is about a one-way love affair — the U.S. government’s infatuation with assisting the Lebanese Armed Forces (LAF). Billions of dollars and gifts have been showered down on the supposed last credible state institution of Lebanon for a decade, yet the love shown by America is not reciprocated. The LAF ignores American interests by continually refusing to confront Hezbollah, a child of the show’s main antagonist, Iran. Hezbollah violates UN Resolution 1701 by building tunnels and launching drones into the territory of U.S. ally and main cast member Israel.

According to the trade papers, two episodes of How to Undermine Friends and Empower Enemies remain stalled in post-production. Fearing record-low viewership and dismal ratings, the network refuses to green-light the episodes that seek to demote U.S. allies and main characters — Saudi Arabia and Israel — to supporting cast members. Under the new leadership of President Biden and his propensity to virtue-signal and court problematic beliefs, they may yet be released.

Writing and production of the first episode, “Can’t Have Your Cake and Eat It Too,” began in 2018. Producer Bernie Sanders and screenwriter Matt Duss drafted a script terminating U.S support of the Saudi–UAE intervention in Yemen. In a puzzling and alarming storyline, the Sanders and Duss teleplay walks back Obama’s promise to defend Saudi Arabia while risking the proliferation of nuclear capabilities. Fortunately, corporate politics conspired so that Donald Trump was now in charge. He used his veto to squash the release of what would have been another disastrous episode.

The second episode presented a highly controversial storyline. Show-runner Alexandria Ocasio-Cortez drove a wedge between the decades-old friendship of the U.S. and Israel while Israel confronted another scion of Iran, Hamas. Her methods for realizing the plot arc — false equivalences and reckless use of language — received poor ratings with test audiences.

The buzz about How to Undermine Friends and Empower Enemies has dissipated since its debut in 2009. Once proclaimed as “tough, smart, and principled,” two critics recently panned it as “the U.S. soiling its own nest.” Network President Obama struggled to bring the progressive vision of How to Undermine Friends and Empower Enemies to life. Episodes received lukewarm reviews because imposing American preferences on partners does not assuage the fears of allies or moderate the behavior of adversaries. Instead, it produces uncooperative and distrustful U.S. allies who consider reaching out to China or building their own nuclear weapons. It also tolerates, ignores, and rationalizes the behavior of adversaries. (READ MORE: The State Department’s Failed Diplomacy in the Middle East)

But episodes like “Resurrecting the JCPOA” continue to be produced. One reason is the same production crew — including Antony Blinken, Jake Sullivan, Rob Malley, and Samantha Power – continues to be rehired. Another reason is that the producers remain convinced their program is the only one that can deliver peace, justice, and order to the Middle East.

Hopefully the dismal reviews and ratings being received in the lead-up to the release of “Resurrecting the JCPOA” will convince network leadership to pull the plug on How to Undermine Friends and Empower Enemies. If not, the show-runners of progressive foreign policy in the Middle East will soon be writing and producing episodes on “Managing the Proliferation of Nuclear Capabilities” and “De-escalating a Regional War.”