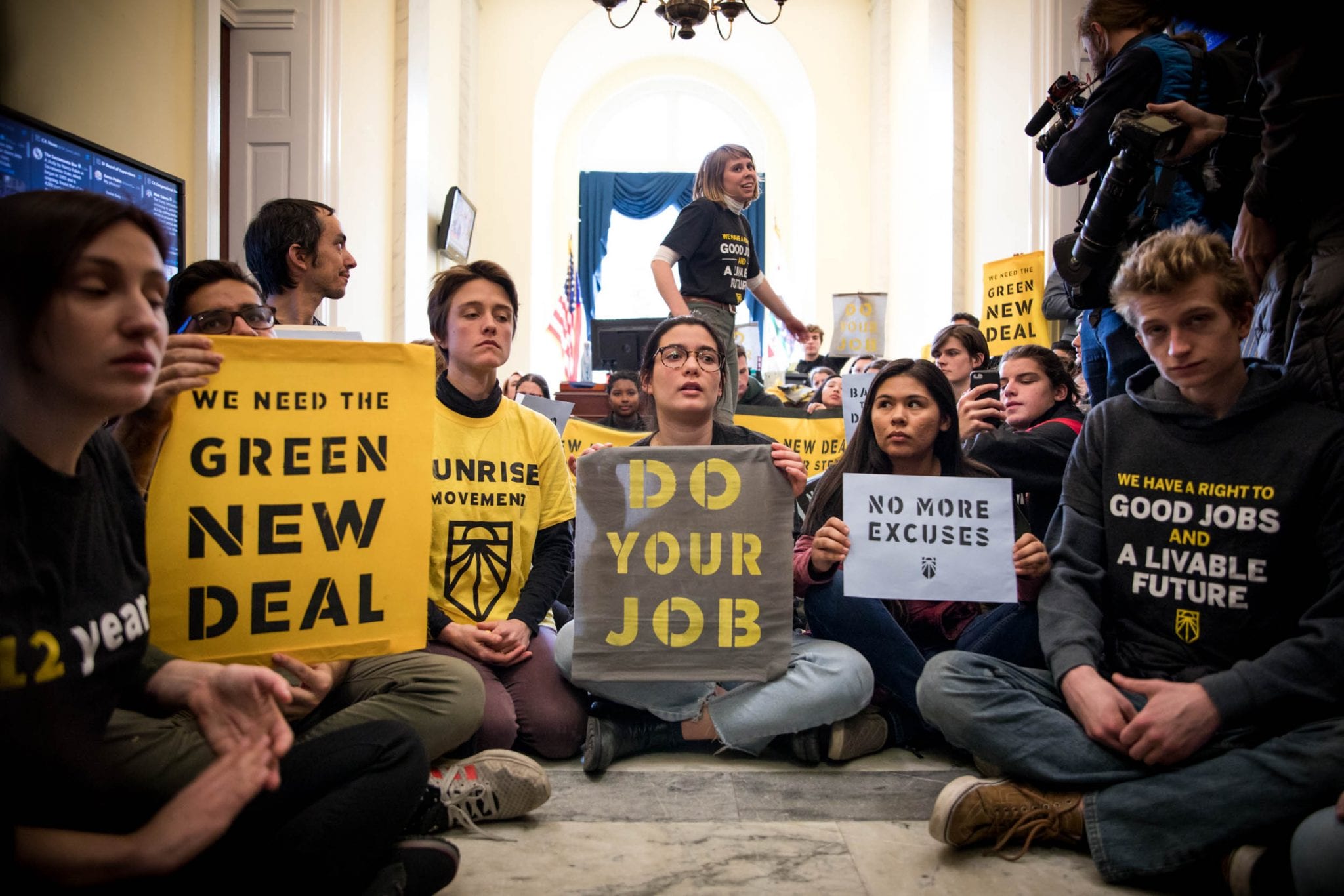 For the millennial generation and those on campus, your campus professors have taught you that injustice is endemic in America and that you do not deserve the benefits of the college education that the homeless do not enjoy. You feel bad and guilty that you got to attend college, that your parents and you have lived more comfortably than have your liberal Democrat parents’ servants and housekeepers, gardeners and pool cleaners, and the custodians who clean your dormitories. You feel guilty that ‘The Rich” have billions of dollars while others reside on the streets, in the subways, or at freeway exits. You feel guilty that you enjoy American citizenship while others born outside are denied. That you have access to campus healthcare while others do not. That Betsy Ross sewed a flag for you when you can’t even sew a button.

Despite what you have been taught, conservatives also care deeply about the poor, the orphaned, the widowed, the oppressed. For us, rather than virtue-signaling our concern or taking money from others to fabricate half-baked responses, we recognize that there is but one certain road out of poverty for able-bodied people: the road of accepting personal responsibility for one’s situation and engaging in self-help. When you give someone a welfare handout and food stamps, you help them until the cash soon runs out. But when you create conditions that enable such people to obtain employment and to work gainfully, you help them and their future generations for life, even as you imbue them with dignity.

On its face, socialism sounds so fair, especially in its latest iteration, the “Green New Deal”: To each according to his or her need — and why not? Equality of results. Equality of incomes. As a bonus, an end to climate change and cows farting. Let us briefly look more closely.

United States corporations, driven by profit-greed and by knowing that their profits will increase by giving consumers exactly what people actually want, have undertaken greatly to reduce fossil-fuel emissions and reliance on dirty energy. By contrast, no amount of rules imposed on American energy production can or will impact energy production outside this country, such as in high-polluting China and India. India is home to thirteen of the world’s twenty most-polluted cities, and it pollutes even more than China does. More than one million people die prematurely every year because of India’s increasingly dirty air quality. Thus, in 2017 the United States reduced its carbon emissions by 0.5 percent in a year that our economy grew by 3 percent, as shale oil and gas transitioned us away from coal to cleaner energy. (Imagine how much more we could reduce if people would only stop exhaling carbon dioxide!) Meanwhile, China produces 28 percent of the world’s carbon emissions. And India is the world’s third largest carbon emitter, having increased its emissions by 93 million metric tons in 2017 — an increase more than twice the amount of emissions that the United States reduced. In other words, no regulating of American energy production will impact the greater worldwide impact of carbon emissions, but if we stifle our cleaner energy production here by enacting restrictive laws, we simply force people to purchase more energy from overseas sources who produce theirs in filth.

By coercing whole energy industries to close, America would be displacing as many as two million workers who work directly in those industries and in associated roles supporting them. Perhaps your parents would lose work — and then who would have the money to pay the $60,000 tuition and dorm fees that support your Identity Studies professors? You see, when the oil industry is reduced, so are the businesses that produce their pumps, their signs. Truckers are put out of work. Those convenience stores close down if the gas stations do. The people at those cash registers lose their work. And so it goes with clean natural gas and with any industry that closes down. That seems quite a thing to advocate, given that it would not help a wink in the greater global atmosphere.

The impact on car and air travel would be devastating. High-speed rail, which California has proven to be an impracticable option for the modern era, cannot access Europe, Africa, or other continents outside the Americas, and even would leave Hawaii, Alaska, and most of South America unreachable. That would wipe out tourist industries and aspects of international commerce, and it even would impact supplies at the grocery. We need trucks for transporting low-cow-fart vegetables from Iowa farms to your food store. Likewise, efforts to stop people from raising cattle here will not stop meat-eating. Rather, people will buy their meat from farting cows in Argentina. Wherever the cow farts, the air blows it to the next continent over. Isn’t that the whole idea of “global warming”? Global? Americans will figure out where and how to get meat if Kansas and Texas beef is banned. The cost of importing beef will increase those horrid carbon emissions that worry you so, even as we purchase from countries that do not have our clean-air standards.

Similarly, the premise of retrofitting all homes and other American buildings would devastate homeowners, even as the total cost to the United States economy has been pegged in the tens of trillions. Yes, it would be sweet to see all the college buildings vacated and declared unfit for human occupation, and you would love that, also, if it just could be timed for a week or two before final exams. Your parents’ homes would have to be retrofitted, too. To pay for it — geez, you might have to get a job. Some New Green Deal, huh?

The country simply does not have anything near the kind of money to retrofit all houses, so it either would have to borrow the cash from China, Saudi Arabia, and other such dictatorial human-rights violators, who thus would own more and more of our country and its companies, or America would have to print more money, which would destroy the currency’s value, wiping out lifetime savings, retirement pensions, and devastating the middle class.

Let’s understand how that thing works, since the only thing they teach you in college about money is to focus on whose White-Privileged face shows up on the bills. You see, when “they” print more money, that does not really mean there is more value. Otherwise, the Government would be doing nothing but printing up more money. The thing is, the value remains the same. If a house costs $10,000 today, and tomorrow “they” print up so many gazillions of dollars that each and every person — even DACA! — ends up with ten times as much money as today, then we will have ten times as much money floating around, so the $10,000 house will now cost $100,000. You see, as more people have money flowing out of their pockets, the home-sellers will raise their prices to the amount that they now can get. The house still has the same value; it just costs ten times as much, but paid from money that has ten times less value. So houses go up ten times, and cars go up ten times — and your $125 course textbooks on Identity Studies now go up to $1,250. Really.

The thing is, while everything is going up ten times, and most people just keep up with the inflation, certain people get destroyed, like elderly people who no longer earn a living. They get Social Security, which is not enough, not even if it also goes up ten times, and they have their savings. But their savings does not go up ten times. It is what it is, with some modest interest. In other words, they get wiped out. That’s how socialism works: the rich get fabulously richer, and the poor end up homeless (like in California) or shot (like in parts of Chicago, St. Louis, and Baltimore).

The Green New Deal will impose on you the burden of supporting your parents even though they have saved and invested all their lives to spare you that burden. As always, “The Rich” will shield their assets with creative currency strategies, moving cash assets out of America, converting them to real holdings, investing in commodities that the middle and lower economic classes cannot fathom without highly paid investment advisors whom they cannot afford. These are strategies that “The Rich” uniquely have mastered, and that is why they are among the relatively few who are “The Rich.”

In the end, the speed trains will not cross oceans, and tickets to ride in them on land will get so high that people will fly anyway. As fewer people ride the trains, the cost of each ticket will get higher because there are fewer riders to maintain the costs. And that will cause the train prices to get even higher.

The masses will not stop eating beef. It just will get more expensive. People are not going to retrofit their homes unless the government pays. If the government ever goes that far, “they” eventually will cut corners and costs with cheaper materials, as they did in England, where New Green retrofitting caused an unimaginably catastrophic residential fire.

That’s how the New Green Deal works for people who just want to promote goodness.