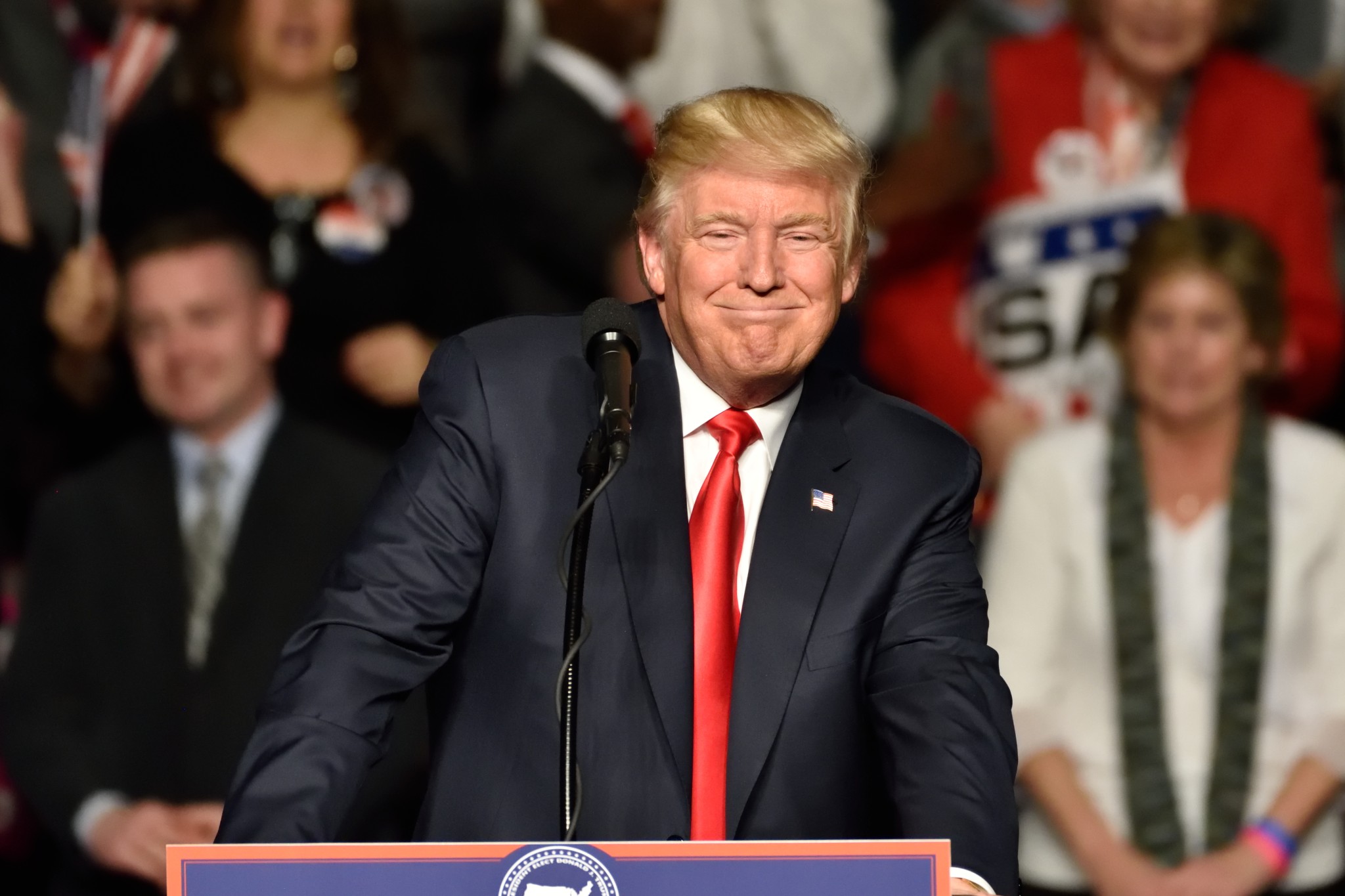 I used to love reading George Will. In the Days of Clinton and Obama, Will was solidly conservative. His writing remains brilliant, witty, erudite. He knows a woman does not wear white after Labor Day and that a fish fork and salad fork each plays its own role. He is clever.

I also used to love reading other more conservative writers at the Washington Post and New York Times. If I were old enough, I would have voted for Ike and Nixon in 1952–1960. I definitely would have voted for Goldwater in ’64 because in my heart I knew he was right. I was too young to vote for Nixon in 1968, but Nixon was the one for me when I voted for him in 1972 against McGovern. I voted for Ford in 1976, but Carter the Peanut Farmer won. Then I voted for Reagan in 1980 and 1984, for a new morning in America. In 1988 for George H.W. Bush and against Willie Horton in the revolving doors and over the guy in the Mickey Mouse hat in the big tank. When Slick Willy — Bill Clinton — won in 1992 and 1996, I was voting haplessly for George H.W. Bush and then Bob Dole (emphasis: Jack Kemp). Voted twice, more successfully, for George Dubya Bush 43 against Al Gore, who created the internet, and against Ross Perot and those little punch-out dots. An inconvenient truth: even after the recount, Dubya carried Florida. The second time, Dubya beat John Kerry. Then for McCain, who lost to Obama, and for Romney, who lost to Candy Crowley. Then for Trump.

As I volunteered, made phone calls, stuffed and licked envelopes, and finally voted for Republican candidates for half a century, one truth stood out for me: except for Goldwater and Reagan, none of the conservative Republican candidates really spoke to me — because none really was truly conservative. Eisenhower was very moderate and even gave us Earl Warren for the U.S. Supreme Court. Nixon talked tough conservativism, but he actually presided as a liberal-moderate who gave us a bunch of liberal Supreme Court justices and even wage and price controls. Dole had some clever one-liners, like the time he told the media that he reacted calmly the night of his loss by “sleeping like a baby”: i.e., waking up every hour and crying. And the Bushes — not what I really wanted.

This had been the story until Trump. One Republican after another costuming like William F. Buckley and Rush Limbaugh, but really RINO through and through. It was a world where we GOP voters could not get solid conservatives for whom to vote, just RINOs. But these were the only choices we had. So even Rush and Newt were endorsing these guys.

It was a GOP that was talking conservatism but giving us presidential candidates who, in truth, were the super-rich gazillionaire country club sorts, the types who wanted more and more Illegals to cross the border because those were Hispanics who were willing to work cheap and cheaper, thus providing cheap labor and plenty of it, the perfect ingredient for maximizing the profits of those white-shoe candidates. That is what animated the Koch Brothers — cheap labor = profits. So they made a killing in the Nevada casinos and Arizona hotels while changing the demographic profiles of Nevada and Arizona. Two incredibly important states went from maroon red to azure blue. Similarly, the Golden State went from Nixon-Reagan-Deukmajian-Wilson red to Jerry Brown-Feinstein-Kamala-Newsom deep ocean blue.

I began to crystallize that I was not getting conservatives for whom to vote. I was getting a choice merely between Democrats increasingly liberal, “progresssive,” and radical left versus Republicans portraying as “conservatives” but really moderates. I did not want moderates; I wanted conservatives. As a result, even the deeply conservative Reagan, when you dug deeply enough, spent wildly out of control. He condemned Israel for bombing Saddam Hussein’s Osirak nuclear reactor into pieces, putting Iraq out of the nuke business. He dealt with the Nicaraguan contras. Even gave us Sandra Day O’Connor and crafted a disastrous deal with Ted Kennedy to grant pardons to Illegals and, as such, to burst open our southern borders to the teeming flows of Illegals that have changed our demography to this day. Reagan was the best through his time, helped destroy communism in the Soviet Union, and bravely demanded that Mr. Gorbachev tear down that wall. But, looking back, even Reagan disappointed.

In great measure, the Republicans were smitten by two illnesses:

1. The mainstream media just overwhelmed the GOP. The monopoly of the ABC, CBS, NBC, PBS, CNN, MSNBC, the New York Times, and the Washington Post — especially before Rush generated the incredible conservative takeover of talk radio and before Fox News emerged as an alternative voice on television. Those media so dominated public communications that Republicans were terrified to go too far to the right lest they get wiped out electorally. They truly came to believe that normative conservatism was a prescription for disaster.

2. The people of New Hampshire and Iowa were destroying everything. Inasmuch as those darn New Hampshire primaries preceded all else since 1952, the Granite State came to superimpose an inordinate impact on all else. What’s worse, New Hampshire’s is a an “open primary,” meaning that Democrats may vote in the Republican primaries. Therefore, the more conservative GOP candidates would get knocked out early before the 48 other states could make noise. Just a few wrong steps in New Hampshire, like Democrat Edwin Muskie crying in 1972 or George Romney telling Detroit TV a month before New Hampshire in December 1975 that he had been “brainwashed” by generals in Vietnam, was enough to wipe out a candidacy.

As a result, the Republican Party repeatedly presented weaker candidates for GOP voters seeking the conservatives they preferred, and that came to define the GOP, with moderates and even liberals at the top. We almost even got Jeb! in 2016. To better appreciate Jeb! remember that he was the RINO ready to open the borders altogether, with Ana Navarro as his leading advisor on Hispanic affairs at the southern border. Consequently, Rush and Newt were telling us on radio and Fox News that we should vote for such electoral drivel.

Until Trump.Many deep-down conservatives like me initially were very hesitant to vote for Trump. He had donated boatloads of money to the Clintons during his real-estate days in Manhattan. He had taken lots of photos with them. Yes, he had pizza with Sarah Palin, too, but there was that discussion in that trailer about women. He also spoke about naming his sister, a liberal, to the U.S. Supreme Court. What really did he offer?  But we were told he was tougher than Romney would be. And he fought. Trump also was something we were told comprises a “populist.” Unlike country-club Bush 41 and Bush 43 and McCain, we took our chances. We agreed that Jeb! was low energy. We liked that Trump had attacked Rosie O’Donnell.

And he was a fighter — something we were told McCain still was. He was a man of the people. He was not beholden to the “Free Trade” philosophy that fears creating tough borders and even imposing trade barriers. He talked tough. And he not only talked the talk but also walked the walk.

Some of us waited for the inevitable RINO in him to emerge — but it never did. Okay, he never followed through on his promise to expel the Illegals, but he did the best he could, trying to impose executive orders aiming to drive out those from certain countries where terrorists are trained and based. His judicial candidates truly aligned with suggestions proffered by the Federalist Society. No Justices Brennan or Souter but true conservatives. His nominations, also on the district judge and appellate circuit judge levels, proved to be hardline conservatives. Trump named solid conservative Supreme Court justices. He was tough on crime, banned critical race theory from being taught in federal programs, encouraged oil drilling, fracking, and building oil and liquid gas pipelines, and exploring in ANWAR. He proved so tough on foreign terrorism that he had Qassem Soleimani and Abu Bakr al-Baghdadi rubbed out, and so much more.

In taking on these targets, Trump made intense media enemies. They aimed, and he remained. Nancy Pelosi even tore up his State of the Union speech, a uniquely well-crafted work. But he left his mark, embedding it in his every idea. Whether Trump gets to run again in 2024 or the Republicans instead run a Mike Pompeo, Mike Pence, Ron DeSantis, Nikki Haley, or other such candidate, it is a different GOP. It no longer is the Koch Brothers and Romneys. The thinkers no longer are the Romneys but the talk radio conservatives, national figures like Sean Hannity, Laura Ingraham, Mark Levin, Sebastian Gorka, and Mark Steyn and the local radio hosts like Nevada’s Alan Stock. There is a new Republican Party. We get real conservatives from whom to choose.

We owe Trump so very much for this. He changed the GOP for us, for America. Hopefully, for once and for all.