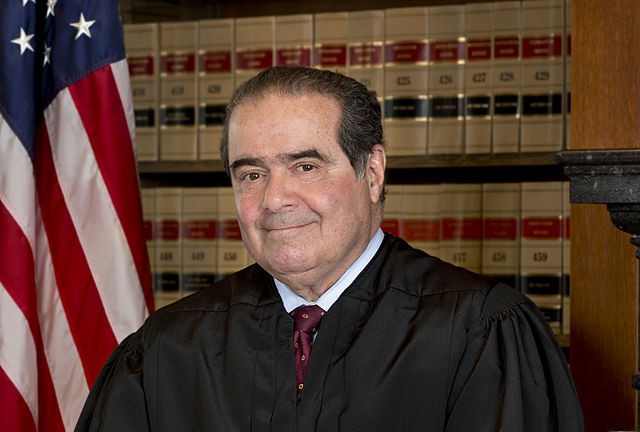 In 1990, two drug counselors working for a private clinic in Oregon were fired for smoking peyote, which was against the law at the time. However, Alfred Smith and Galen Black were also members of the Native American Church, a denomination espousing a hybrid of traditional and Christian beliefs. It has an estimated 250,000 members and is best known for its sacramental use of peyote, a hallucinogen. Smith and Black applied for unemployment benefits with the Employment Division of the Oregon Department of Human Resources but were rejected because their “misconduct” was deemed “work-related.” (They were drug counselors busted for using illegal drugs, after all.)

The pair appealed to a state court, claiming their right to religious liberty. The court saw their point and reversed the Employment Division ruling. After various referrals and court rulings, the case ended up on the docket of the U.S. Supreme Court, which sided with the state, refusing to honor the religious liberty exemption.

This is Smith v. Employment Division, the infamous case that has thrown the religious liberty arena into turmoil these succeeding 30 years. While the particulars of the case have long since faded from significance, the ruling has governed religious liberty cases ever since. Prior to Smith, the government had to show a “compelling interest” before it could place a burden on the free exercise of religion, and any burden it imposed had to be done “in the least restrictive means possible.”

The Smith decision, written by Justice Antonin Scalia, changed all that. It held that in “laws of general applicability,” that is, laws that apply equally to everybody, the government does not need to show a compelling interest at all but only that religious behavior wasn’t specifically targeted by the law. Oregon drug laws applied to all Oregonians; they didn’t specifically target religious behavior, so the state could deny unemployment benefits to Smith and Black regardless of their religious liberty claims.

The pushback from Smith was extreme enough to unite entities on both ends of the political spectrum against the law, from Chuck Colson to the ACLU — this was back when the civil liberties group was still interested in the civil liberties of all Americans, and not only those of leftists. Congress passed the Religious Freedom Restoration Act (RFRA) in direct response to Smith, which returned the religious liberty landscape to the status quo ante, and when that act was ruled applicable only to the federal government and not to states in 1997, a slew of states passed their own RFRAs.

What was Scalia thinking? In his opinion in Smith, he wrote that permitting religiously based exemptions to laws of general applicability would be “to make the professed doctrines of religious belief superior to the law of the land, and in effect to permit every citizen to become a law unto himself.” He was worried people would demand religious liberty exemptions from laws they simply did not want to obey.

He also worried that granting extensive religious liberty rights would place the courts in the unenviable position of determining what was and was not legitimate religious belief. The justice opined: “[It] is not within the judicial ken to question the centrality of particular beliefs or practices to a faith, or the validity of particular litigants’ interpretation of those creeds.”

This is made doubly problematic by the religiously pluralistic age in which we live. The era when religious America could be divided into quarters — Catholic, Protestant, Jewish, and “sectarian,” that is, smaller side groups like Jehovah’s Witnesses and the Amish — is long gone. This stable religious scene teetered in the 1970s with the ascendancy of “New Age” religion and has been crumbling ever since, as moderns flee church doors and embrace idiosyncratic belief systems and hark to the epithet “spiritual but not religious.” Religious belief these days is all over the place.

Roberto Rivera wrote in First Things back in 2015: “Now, the potential for conflict between religious freedom and laws of general applicability has increased exponentially. More to the point, the potential for litigation has increased exponentially. I can’t help but suspect that the Court was looking for a way to foreclose this kind of litigation.”

Whatever its “merits,” Smith is a rickety and pregnable rampart guarding so treasured a right as that of religious freedom, especially now that governments at all levels are aggressively requiring believers to abandon their consciences simply to remain in the economic arena.

Nearly every wedding vendor case that has come before the nation’s highest court in the past half-decade has exhorted the justices to overturn Smith. So far, the justices of the U.S. Supreme Court have found reasons — some frustratingly obscure — to dodge the issue.

This is despite the fact that many Supremes, both past and present, have lamented the inadequacy of the 1990 ruling. In concurring in a case from last summer, Justice Amy Coney Barrett wrote: “In my view, the textual and structural arguments against Smith are more compelling. As a matter of text and structure, it is difficult to see why the Free Exercise Clause—lone among the First Amendment freedoms—offers nothing more than protection from discrimination.” Justice Samuel Alito, on the same ruling, thought Smith’s “severe holding is ripe for reexamination” and “correct[ion],” and regarding a different case, said Smith “drastically cut back on the protection provided by the Free Exercise Clause.” Justice Neil Gorsuch opined: “Smith failed to respect this Court’s precedents, was mistaken as a matter of the Constitution’s original public meaning, and has proven unworkable in practice.” Former Justice Sandra Day O’Connor said Scalia’s reasoning in Smith was “incompatible with our Nation’s fundamental commitment to individual religious liberty.” Gorsuch, again, said: “Smith committed a constitutional error. Only we can fix it. Dodging the question today guarantees it will recur tomorrow. These cases will keep coming until the Court musters the fortitude to supply an answer.” Also criticizing the ruling have been Chief Justice John Roberts and former Justices Stephen Breyer and David Souter.

With an eviscerated foundation for religious liberty defenses, religious freedom cases, and particularly wedding-vendor cases, are being argued on free-speech grounds. Cake maker Jack Phillips and florist Barronelle Stutzman, to name but two wedding vendors whose religious beliefs prevent them from servicing same-sex weddings, must instead argue that their freedoms of speech and expression are being violated when the unquestionable violation is to their religious beliefs. Such a defense is difficult even in cases involving obvious expression, such as photographing a wedding or designing a custom wedding cake, but it is even more challenging in more nuanced cases. (RELATED: The SCOTUS Case That Could Determine the Fate of Religious Liberty)

Although some advocate doing away with Smith carte blanche, Barrett has raised the point, seconded by others, that overturning Smith would leave a legal vacuum — what would replace it?

Barrett is against simply applying strict scrutiny to every religious liberty case. She said: “The prevailing assumption seems to be that strict scrutiny would apply whenever a neutral and generally applicable law burdens religious exercise. But I am skeptical about swapping Smith’s categorical antidiscrimination approach for an equally categorical strict scrutiny regime, particularly when this Court’s resolution of conflicts between generally applicable laws and other First Amendment rights – like speech and assembly – has been much more nuanced.”

If strict scrutiny is not applied to every religious liberty case, that leaves the door open for some sort of compromise approach. Legal pundits have been quick to offer up such solutions. One scholar says exemptions from anti-discrimination laws should be granted to vendors who make public their religious scruples before a customer does business with them by, for example, posting a notice in their store.

Others say common law offers the vehicle to resolve such fraught disputes on a case-by-case basis “with attention to law and conventional morality and with sensitivity to the meanings, local mores, and relationships within which the conflicts arise.”

Still others say that small businesses (with under, say, five employees) in the wedding trade should be granted an automatic religious liberty waver but not larger businesses. Legal scholar Douglas Laycock wrote: “For very small businesses where the owner will be personally involved in providing any services, we should exempt vendors from doing weddings and commitment ceremonies, so long as another vendor is available without hardship to the same-sex couple.”

Meanwhile, some on the left don’t tolerate any religious exemptions and want anti-discrimination laws to ruthlessly rule the religious liberty arena — which is the sentiment that propelled us to these never-ending wedding-vendor squabbles in the first place.

Would that we lived in a society where people could live and let live, instead of seeking out those they disagree with and attempting to make them renege on their beliefs or, possibly, go out of business.

But we don’t. For the first time in the country’s history, as Laycock puts it, the government is demanding that “our largest religious minorities violate core religious teachings. We never tried that before … Resistance to civil marriage or other new rights for same-sex couples will be deepest and longest if religious dissenters perceive an existential threat to their own community.”

That existential threat is felt because the administration and governing authorities in many states and localities show profound antipathy toward traditional religious teaching, and a militant gay lobby seems intent on preventing conservative Christians from practicing their faith in the world.

In that world, some legal resolution to the religious liberty fight is necessary. May it come quickly.