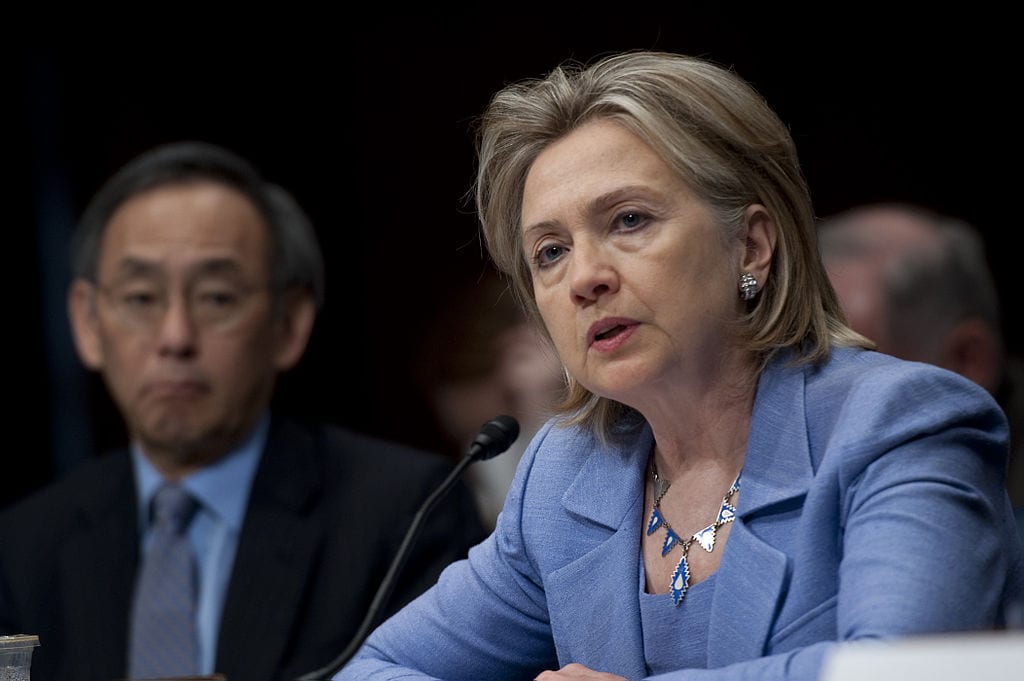 The media, in its frenzy to normalize left-wing political espionage, says simultaneously of the Nunes memo: there is nothing to see in it, but don’t look.

The intensity of the media’s attacks on a Republican is always in proportion to the degree to which he is impeding one of its causes. The doggedness of Nunes — his refusal to let a politicized FBI and Justice Department stonewall his committee — has thrown considerable light on the real scandal of 2016: not that Trump colluded with the Russians to win but that the Obama administration colluded with Hillary to defeat him.

One government most certainly did meddle in the election — ours. In desperate denial mode, the media will talk about everything but the fact that the United States government was spying on one campaign by using opposition research from the other, all while hoodwinking FISA court judges and leaking to the press about its politicized investigation.

The more that the probe is put under the microscope, the more outrageous it appears, with Hillary partisans and Trump haters figuring into it at every crucial turn. Hillary didn’t need a campaign headquarters in Brooklyn; she already had one in Washington, D.C. John Brennan, auditioning to be her CIA director, laid the groundwork for the Trump-Russia probe by hyping bogus intelligence; Trump hater Peter Strzok formally opened the probe at the FBI just weeks after whitewashing Hillary’s mishandling of emails; the slop of Christopher Steele, Hillary’s opposition researcher, served as the basis for spying on all of Carter Page’s communications with the Trump campaign, while the spouse of a Justice Department official involved in the probe shoveled more of the slop to her husband.

Like Watergate, the probe was not only amateurish and paranoid but fruitless. The media, that stalwart defender of civil liberties, has adopted in recent days a comically cavalier view of Carter Page’s violated ones. Hey, the investigation into him was close enough for government work, we’re told. And, besides, it serves him right for talking to Russians. Imagine the media adopting such a breezy view of police misconduct cases in which a minority turns out to be innocent.

Obama’s FBI broke the rules and still didn’t get its man. To hear the media praise the FBI for that is like listening to a sports announcer praise a basketball player for fouling his way into the key and then missing the dunk.

The FBI, not wanting anyone to see a replay of its foul and botched partisan play, wants the media to blame the ref. And so we have an endless trashing of Nunes as “partisan” by partisans. We see denials of political espionage from participants in it. Take CNN’s breathless coverage of John McCain’s view of the propriety of the Steele dossier without ever mentioning his role in hawking it. Or NBC giving Brennan a platform to play dumb about the dossier without asking him about his meetings with Harry Reid.

Notice that the media always accords Adam Schiff solitary interviews, ensuring that his lawyerly constructions go without challenge. His latest is that Steele didn’t know he was working for Hillary, which is not exactly an endorsement of his surveillance skills. Meanwhile, we learn from Senator Grassley that Steele obtained some of his dirt from Hillaryworld, completing the picture of the FISA warrant as the product of an insanely partisan echo chamber in which “corroboration” consisted of Steele quoting himself and his paymaster’s friends. Only a media biased enough to participate in such a farce would tell its viewers to avert their gaze from it.