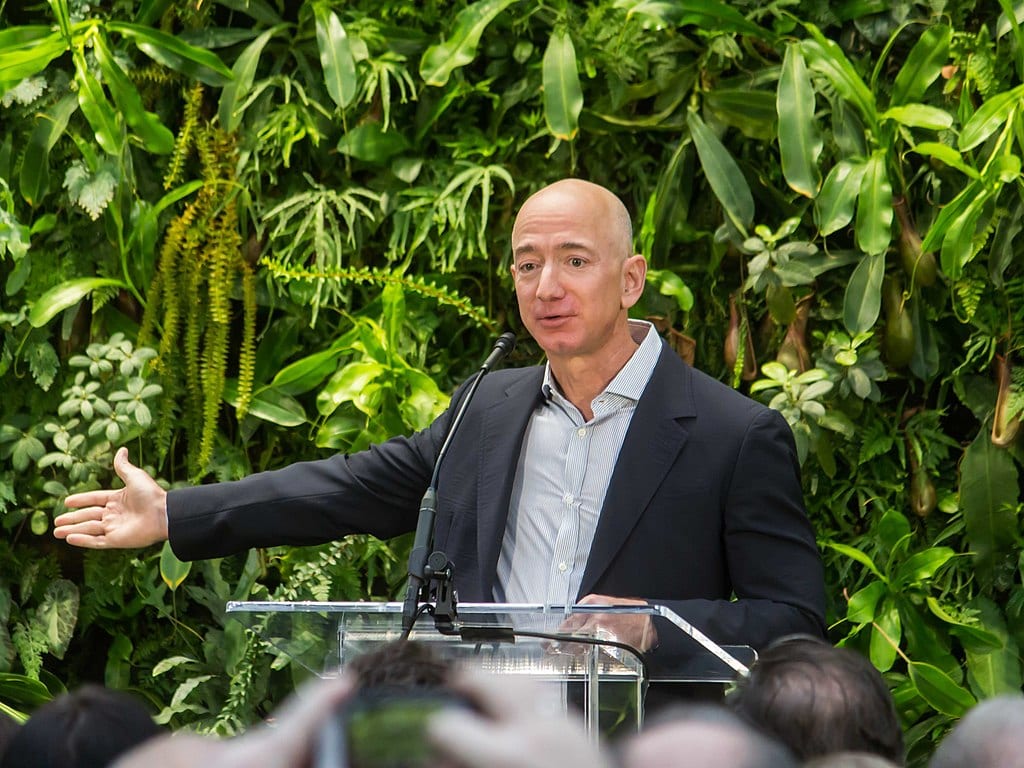 Merriam Webster’s definition of “chutzpah” describes the word as meaning “supreme self-confidence: nerve, gall.” The page does not include a picture to illustrate what the word looks like, but if they are in the market for one, I’d like to offer a friendly suggestion that they use the Amazon logo.

Why? Well, Amazon is angry. You would think being a company with one of the 10 most expensive stocks in the world, founded by the richest man on earth, would be enough to make the shipping giant have little to be angry about, at least institutionally. But no, Amazon is angry. They’re angry because the American government didn’t give them a $10 billion contract and instead decided to go with someone else. And now they’re suing the government over it.

I’ll explain. Early last year, the Department of Defense (DoD) began actively looking for a company, or companies, to build cloud computing servers for its data in a project named the Joint Enterprise Defense Infrastructure (JEDI). Reasonable enough on its own, but there was a major problem with the initial process: namely, that it was secretly being rigged by Amazon-connected DoD staffers to favor Amazon to the exclusion of all other comers. Security concerns about placing literally all the Defense Department’s data on a single server, innovation concerns about having a single company have monopolistic power over cloud computing in the defense space, and political concerns about having a committed enemy of the siting president presiding over the private data of the U.S. government were all swept under the table. Amazon was going to get the contract, and that was that. Even Amazon, unfortunately, thought so.

But as with so many faits accomplis in Washington, this particular supposed inevitability ran head on into a determined obstacle: President Donald Trump. Trump, who obviously had small reason to love Amazon, must have heard through any of his multiple supporters (a group including yours truly) about the very serious concerns about corruption influencing the JEDI contract. Sadly, in 2018, then–Secretary of Defense James Mattis and his staffers seemed to hold a very different view: that a company’s demonstrated animus toward a sitting head of government was of no concern when that president was someone the Deep State didn’t like. Or at least, I assume this was their belief system, given the behavior of ex-Mattis staffers of late.

But then, in a stroke of fate that would prove decisive, President Trump decided to act on a campaign promise and scale back involvement in Syria, over the protestations of the swamp dwellers in his cabinet. In response, out went Mattis in a huff, and now without fear of undercutting his secretary of defense, Trump blew the whistle on the tainted JEDI process. Shortly thereafter, in came the new and current Secretary of Defense Mark Esper, who promptly suspended the process of awarding the JEDI contract until, as President Trump might say, he could figure out “what the hell was going on.”

Months, and two ousted staffers with conflicts of interest, later, the JEDI contract was at last awarded. And, mirabile dictu, when actual competition was involved, Amazon choked at the end, losing out to Microsoft. You’d think that would be the end of the whole sordid story.

But no. Because Amazon is angry. And because they’re angry, they are suing the federal government over the contract awarding process, claiming that (get this) President Trump made the Department of Defense improperly biased against them by complaining about Jeff Bezos’ influence over Washington, which is the only reason DoD went with Microsoft over Amazon’s allegedly irrefutably perfect cloud computing system. It’s rather like a parent at a Little League game complaining that the opposing team cheated after she was caught bribing the ref, but with $10 billion at stake. Helicopter parenting, but for a multinational corporation.

And really, that kind of petty entitlement is all it is likely to be, because the case is widely expected to lose on the unsurprising grounds that Microsoft just might have made a better offer than Amazon. I know, shocking that a federal contract would consider something like price when Washington loves to throw good money after bad (ask the F-35 Joint Strike Fighter about that one), but just because it’s uncommon doesn’t make it criminal. The fact that Jeff Bezos, possibly the archetypal monopolistic, influence-peddling Big Tech Sith Lord, is being denied the JEDI contract precisely because of the complaints that President Trump has raised about him and his company is poetic justice, not a miscarriage thereof, and it would be ridiculous for a court to find in his favor, particularly when Amazon itself is already being sued for trying to actually rig the contract.

In short, despite Amazon’s hissy fit, it seems likely that, contrary to the company’s protestations that they, and only they, were capable of providing cloud computing servers worthy of the DoD, a court will find that JEDI was awarded precisely because of the words of the famous Jedi master Yoda: “No. There is another.”