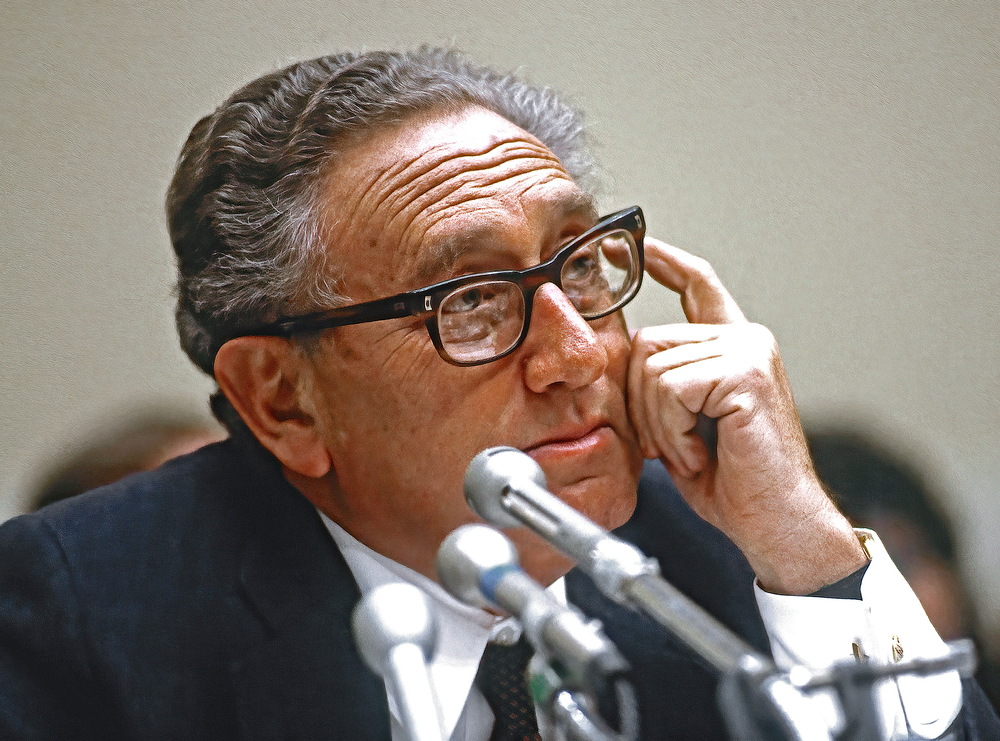 WASHINGTON — Norman Mailer once told me that the American people respect an eminence merely for growing old. I believe he was right, and, as I am growing older, I am even counting on it.

Think of Jimmy Carter, the worst president in American history. He even outshined Warren Harding. Now he has turned 98 years of age, and even I admire him. Think of Warren Buffett. He remains a star. And what about Henry Kissinger? He is in his 100th year and still going strong. In fact, he is on the campaign trail right now and flogging a book that reveals the elements that constitute the essence of a great statesman and a great stateswoman. As you might expect, it is the best book on the subject since Machiavelli, and why should it not be? After all, it is written by a great man, Henry Kissinger himself. I have known him for years.

Our friendship got off to a rocky start. I wrote a book in 1978 that included a chapter on Henry and a chapter on Richard Nixon. It was called Public Nuisances, and Henry was not an admirer of that book. Yet I had just finished my graduate work in American diplomatic history, and I took note of how Henry had handled the last years of the Vietnam War and the ongoing Cold War thereafter. If, for instance, the United States Congress had lived up to its commitments and stood by the South Vietnamese, there would be no question as to who won that war. As life stretched out in front of me and I got to know Henry better, I came to realize that Henry was no public nuisance — and, by the way, he never uttered a word of rebuke for my stupid piece on him and Nixon.

Henry has had to endure an awful lot of abuse from the sciolists and frauds who populate the highest offices in public life. For instance, from the admitted plagiarist and sub-mediocrity who sits in the White House and his son the corrupt cokehead who visits the White House regularly, and from all the other frauds who are members of both parties. It has gotten so bad that a Republican congressman-elect was recently caught fabricating his biography. His excuse is that “they all do it,” and he pointed to the plagiarist in the White House as Exhibit A.

In Henry’s new book, Leadership: Six Studies in World Strategy, he highlighted six leaders as exemplars of how to achieve great things while up against daunting odds: the German Konrad Adenauer, the Frenchman Charles de Gaulle, the American Richard Nixon, the Englishwoman Margaret Thatcher, and the Singaporean Lee Kuan Yew. Readers might be surprised that Henry included Nixon, but I am not. In the 1980s, I spent a lot of time with Nixon, whom I came to admire much as I came to admire Henry. It was almost a regular event that during my meetings with Nixon we would be interrupted by a call from Henry. They obviously talked a great deal and shared many of the same values.

One of Henry’s observations that surprised me was that all of these six figures were middle class. There are no Bushes, no Kennedys, and no Rockefellers on his list. The Wall Street Journal’s very perceptive columnist Walter Russell Mead notes that all six of these exemplary statesmen, including Lady Thatcher, “were middle-class children from ordinary families.” Mead adds: “That background gave them an ability to understand how their fellow citizens saw the world. Selected into meritocratic educational institutions, they received a disciplined and demanding education that prepared them psychologically, intellectually, and culturally to operate effectively at the highest levels of national and international life.” Now they have been replaced by Joe Biden and Kamala Harris, and by the Republican, the Hon. George Santos, who thinks that he has made his first step toward the White House or perhaps that he will become a Supreme Court justice.

Henry Kissinger believes that great figures come along in the world rarely, but we are acutely in need of great figures now. His book is telling us what to look for in our great figures. Yet, what if, in the age of wokedom, there are no great figures?