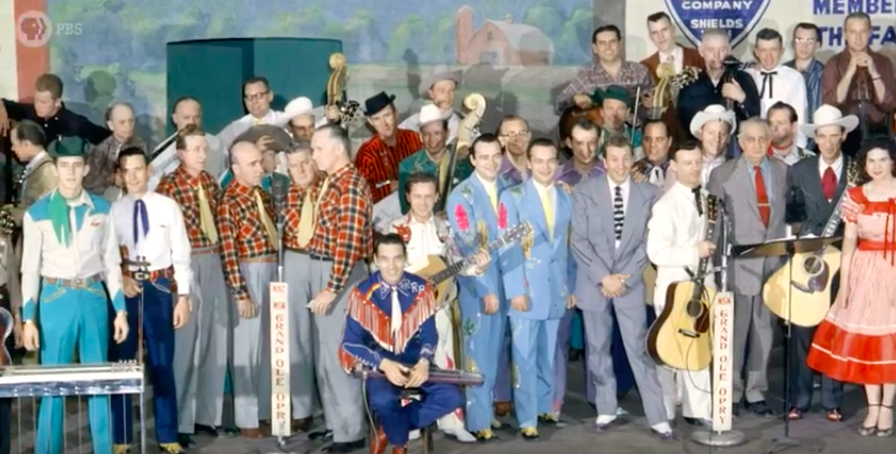 Dwight Yoakam had me in tears Sunday night. I was watching the new Ken Burns PBS documentary series about the history of country music, and Yoakam quoted a Merle Haggard song, “Holding Things Together,” which is about a man trying to raise his children after his wife has left the family. When Yoakam sang the verse about a heartbroken father attempting to comfort his daughter on her birthday, he choked up, and suddenly the tears were streaming from my eyes, too.

They just don’t write ’em like that anymore, not even in Nashville. Those old songs about hard times and broken hearts, crying in your beer over a cheating woman — you can literally feel the pain in the twanging voices and the whining steel guitars. And the men and women who sang those songs knew a thing or two about hard times, having come from backgrounds of poverty that few Americans in the 21st century can imagine.

Give credit to Burns for this: His eight-part series reminds us that what our contemporary progressives denounce as “white privilege” has never been universal in America, and it certainly didn’t typify the backgrounds of the folks who made Nashville famous as “Music City, U.S.A.” Haggard, for example, was born in Kern County, California, in 1937, the youngest of three children in a family that had left a farm in Oklahoma after their barn burned down. The Haggards were “Okies,” characters right out of a Steinbeck novel, at the bottom of the heap in one of the worst economic eras in American history. Merle’s life didn’t get any easier when his father died in 1945. The future country music star was only eight at the time, and after his father’s death he became a juvenile delinquent. He was later sentenced to San Quentin prison, which inspired one of his most famous lyrics:

I turned twenty-one in prison,
Doin’ life without parole.
No one could steer me right,
But Mama tried, Mama tried.
Mama tried to raise me better,
But her pleading, I denied.
That leaves only me to blame, ’cause Mama tried.

Well, his sentence wasn’t actually “life without parole”: after Haggard got out of San Quentin in 1960, he went to work digging ditches during the day while singing in honky-tonks at night. By 1965, he had his first hit, and he eventually recording 38 No. 1 country songs. Haggard married the ex-wife of fellow country star Buck Owens, another child of the Dust Bowl migration. Owens was one of four children in a family of Texas sharecroppers that tried to make it to California but broke down in Arizona. “That was where my dream began to take hold, of not havin’ to pick cotton and potatoes,” Owens later told his biographer. “I remember as a kid being cold a lot, and hungry sometimes. We’d go to bed with just corn bread and milk, and I remember wearing shoes with holes in the bottom.… I remember always saying to myself that when I get big, I’m not going to go to bed hungry; I’m not going to wear hand-me-down clothes.” Owens eventually recorded 25 No. 1 hits, including a string of 19 consecutive chart-toppers between 1963 and 1967 and co-starred with Roy Clark in the long-running TV variety show Hee Haw.

The Ken Burns series follows the history of country music back to its earliest origins and its first real star, Mississippi native Jimmie Rodgers. A railroad worker who learned to yodel after seeing a traveling troupe of Swiss performers at a local church, Rodgers wedded that sound to 12-bar blues and created a genre that made him suddenly famous in the late 1920s. He was so influential that, as a teenager in the 1970s, I listened to the Southern rock band Lynyrd Skynyrd perform a song called “T for Texas” — a Jimmie Rodgers song that sold a half-million records in 1928. The sound Rodgers pioneered became known as “hillbilly” music, but he did not live to see its glory. He died of tuberculosis at age 35, but by then the mantle of country music leadership had been assumed by the famous Carter Family of Virginia. The Carters were so influential that, in the 1970s, I enjoyed the British musician Rod Stewart’s rock-and-roll version of a 1952 Hank Thompson hit, “The Wild Side of Life.” The melody of that song? Yeah, it was borrowed from a 1929 Carter Family hit, “I’m Thinking Tonight of My Blue Eyes.”

You want to talk hard times? A. P. Carter was born in a log cabin in Scott County, deep in the hills of southwestern Virginia. Even today, Scott County is hardly what you’d think of as a place of “white privilege”; true, the population is nearly 99 percent white, but the median household income is less than $28,000 a year, about $30,000 less than the national median. The poverty-stricken hills of Appalachia raised many of country music’s biggest stars, including Loretta Lynn and Dolly Parton. Lynn was one of eight children born to the Webb family of Butcher Hollow, Kentucky, while Parton — born in a one-room cabin — was one of 12 children in her family from Sevier County, Tennessee. Over and over in the documentary, we encounter future Nashville stars as children who grew up exceedingly poor. Johnny Cash was one of seven children in a family of Arkansas cotton farmers. Eddy Arnold was the youngest in a family of 16 children from Tennessee. Hank Williams was born in a dirt-floored house, the son of a disabled Alabama railroad worker; as a boy, Hank got his first guitar lessons from a black street performer named Rufus “Tee-Tot” Payne.

The episode chronicling Williams’ meteoric career is called “The Hillbilly Shakespeare,” and the poetry of his lyrics still resonates:

The silence of a falling star
Lights up a purple sky,
And as I wonder where you are
I’m so lonesome I could cry.

Like the pioneer Jimmie Rodgers, Hank Williams died young: he was only 29 when he passed away on New Year’s in 1953, in the backseat of a Cadillac, en route to a scheduled show in Ohio. His funeral brought 20,000 mourners to Montgomery, Alabama, the largest crowd the city had seen since Jefferson Davis’ inauguration as president of the Confederacy in 1861.

Rooted in the rural poverty of the agricultural South, the careers of country music legends were made possible by technological progress of 20th-century capitalism: the phonograph, the radio, and the electric guitar. The offspring of impoverished Okies and Appalachian hillbillies got rich singing about honky-tonks and heartaches for audiences who came from the same background and shared the same experiences. Burns’ liberal politics seeps into his PBS documentary from time to time, but country music fans won’t much mind those occasional intrusions in what is essentially a conservative project. In an age when the Democrats have gone all-in on identity politics, it goes without saying that the country music audience is largely Republican. In 2016, Donald Trump won 82 percent of the vote in Scott County, Virginia — home of the Carter Family — and 79 percent in Dolly Parton’s native Sevier County, Tennessee. Reminding these people of their past when so many white folks lived in the most abject poverty imaginable will likely inoculate them against the wild schemes offered by today’s “progressive” Left.

Country music came from places where everybody knew Jesus was Lord, and the folks who listened to the Grand Ole Opry on Saturday night were in church on Sunday morning singing hymns and repenting of their sins. The theme of sin and redemption, highlighted in the career of Johnny Cash, ultimately fosters an attitude of personal responsibility. It was a prison concert by Cash at San Quentin in 1959 that inspired inmate Merle Haggard to give up his life of crime and make the most of his musical talents. In both Cash’s and Haggard’s music, there’s a good deal of populist sentiment and sympathy for the downtrodden, but it’s not the kind of populism that Bernie Sanders or Elizabeth Warren are selling on the campaign trail. When Haggard sings of his time as a criminal, he doesn’t seek scapegoats even though the hard times of his youth could justify his resentment of society. No, he sings, “That leaves only me to blame, ’cause Mama tried.”

Perhaps in contradiction of his own political leanings, Burns has produced a masterpiece of storytelling that can teach a younger generation about a heritage they won’t learn in public schools. There was no “privilege” in those log cabins up in the hills and hollows of Tennessee and Kentucky, and it was no “privilege” to pick cotton in Arkansas or Oklahoma. Country music came from hard times, and the musical memory of those times is a priceless legacy that every American ought to cherish.