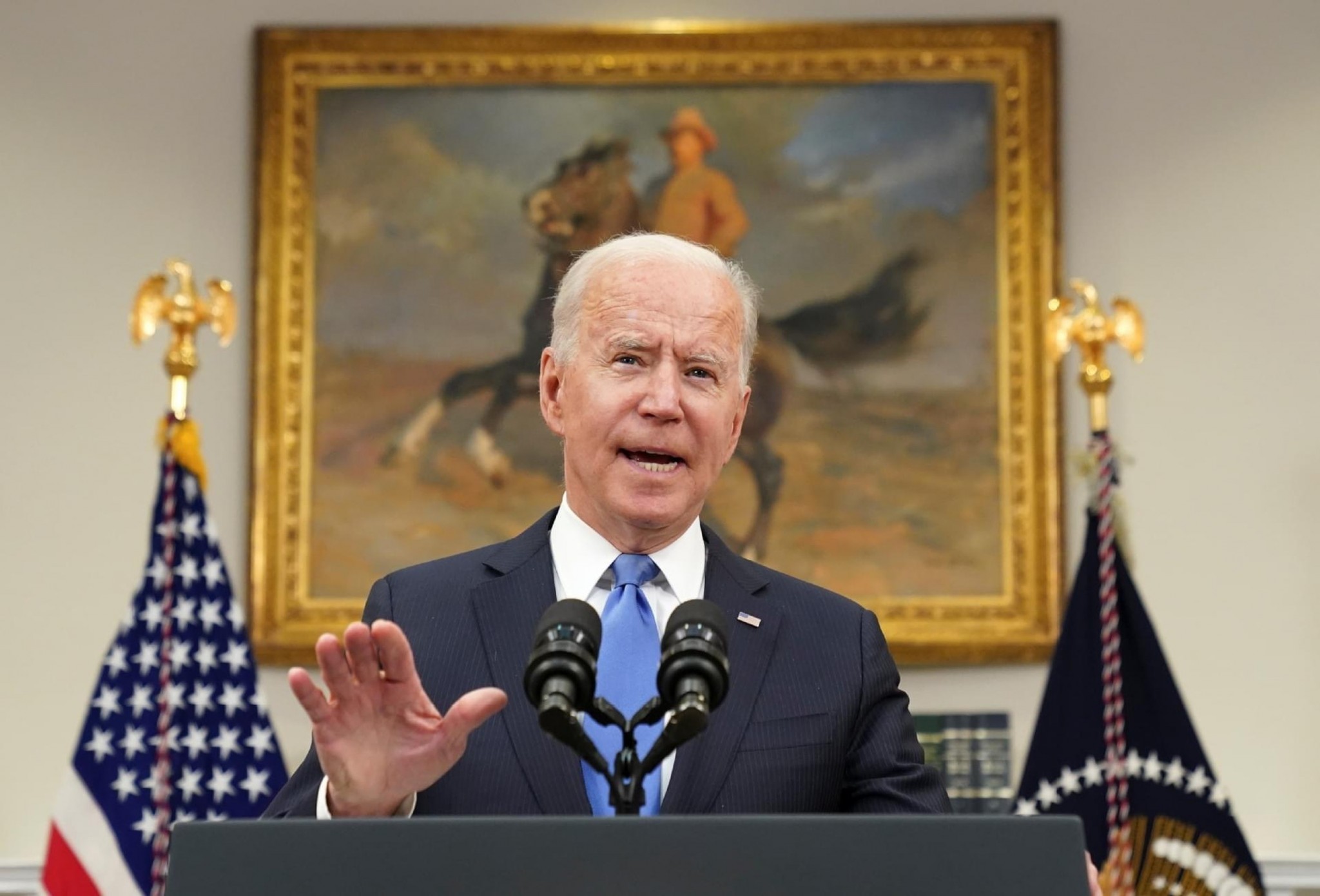 In the way that the last president was enamored of hyperbole and name-calling, the current president is enamored of outright lies. The $3.5 trillion “infrastructure” bill won’t cost anything; the generals all agreed with his assessment of Afghanistan; no American will be left behind; the exit from Afghanistan was a great triumph; as well as the many false assertions he has made about his own life that cross into the bizarre.

Lying by American politicians is not something new. It was said by White House reporters of that day that when Lyndon Johnson lied, he gave it away by a motion of his body. No, it wasn’t pulling his ear that indicated a lie was to follow, nor was it the blink of his eyes. The telltale sign, they said, was when his jaws moved.

But there is a major difference between LBJ’s ’60s and now. The institutions of home and of faith were still overwhelmingly strong back then. There was a robust consensus of what was decent civil behavior that covered the vast majority of Americans, whether conservative, moderate, or liberal. When the government’s lies began to be exposed during the grind of war and social upheaval, there was a powerful wave of revulsion that would sweep Johnson out of office, radicalize the Democrats, and see the end of the era of consensus, civility, and shared national purpose that had seemed so powerful after our victory over fascism in World War II.

So many of the fundamentals of Western democracy are based on the biblical tradition. Ancient nations had their priesthoods and god-rulers, whose power was all the evidence needed that they were divine and their power legitimate. Knowledge was tightly controlled. Hieroglyphics and pictographs could only be mastered by an elite few. Literacy and knowledge were dangerous, for if everyone could know truth, the elites would lose their monopoly and wealth and influence would have to be worked for much harder.

Along came the Bible. God spoke to an entire nation at Sinai and instructed that the divine knowledge should be everyone’s. Each parent in each family was instructed to teach their children and to talk about God’s wisdom and instruction “while sitting in your home, while walking along your way, when you lie down and when you rise up.” Each human is created in the divine image, and the seal of God is truth.

The explosion of knowledge and of freedom in modern times has made the world immensely more complicated than the world our grandparents knew. Yet for liberty to be for all and not just the few, the commitment to knowledge and truth for all is of first importance.

The temptations of elitism are tremendous. We respect the specialized knowledge that has brought us the wondrous comforts and opportunities of our current life. In the memory of our grandparents, the knowledge and the means to create and operate most of the things they used in their lives was common to all. Today, we all use and depend on things we cannot make ourselves and cannot fix and we have little practical, detailed knowledge of what makes them work. This applies even to things such as the foods we eat and the clothes we wear, let alone the more obviously highly crafted things we depend on such as jet planes, automobiles, flat-screen TVs, and iPhones.

When trust breaks down in our complicated world, there is no limit to how thoroughly coherence can dissolve. Doubts are healthy in a robustly truthful society, for truth itself acknowledges its need for our critical thought and self-examination. Doubt thus valued and esteemed is redemptive, saving us from cant and unreflective foolishness.

But when deceit is the norm, doubt itself becomes the greatest fashioner of untruths, for it masquerades as the sole truth, proclaiming without proof that nothing is proven and nothing is to be believed except itself.

In ancient Israel, when it was at its best, power was widely diffused. The people had to proclaim the king, and the power of the divine constitution lay in the homes and hearts of the families of the nation. The people recognized as well the authority of the teachers and the priests, and then there were the prophets, whose story outlasted the stories of almost all the kings.

The story of the nation was not the property of the king and his state, or of the elites, but was held by all the people alike. They held the check of truth. And when the kingdoms went down in flames and the state’s outward power dissolved, the truth that brought coherence to peoples’ lives was untouched and bore them through catastrophe after catastrophe undaunted. The power of this story has spread and has taken hold wherever societies value liberty and refuse to allow powerful people to monopolize liberty or truth.

One can feel a change in the wind. Lies had seemed triumphant, casting down our hopes in the Year of the Plague. The lie masters of Beijing have seemed to escape responsibility for the virus they let spread, for the crushing of Hong Kong, and for the enslavement of their Muslim millions. FISA fraud has gone unpunished, the multiple felonies of Hunter Biden and Joe’s complicity in them, dragging with them the honor and prestige of our great nation. Massive suppression of expression, on a scale that Joe McCarthy never imagined, have become the American rule, and American academia is not just silent but often complicit.

And yet — and yet. Truth doesn’t die and those who know even a little bit of it know that. When we live for truth, we know it will outlast our mortal span, and so we live our life in a different way. And this is beyond the comprehensions of elites who build their power on suppression of truth and on active lying.

Neither we nor they will know how the truth will burst forth from its confines. We who love truth find comfort in that, and it invests our every effort with undying meaning. Those who fear truth are ever more terrified as they realize that no power they could ever get will forever hold truth down.

About 800 years ago, the great rabbi, philosopher, physician, and jurist Moses Maimonides wrote: “Accept the truth, wherever it may be found.” This is the motto on the flag that can unite all of us who are devoted to the truths upon which freedom depends. We will follow the truth wherever it goes as it seeks its own freedom and self-expression and triumph. Its triumph will be all of ours.