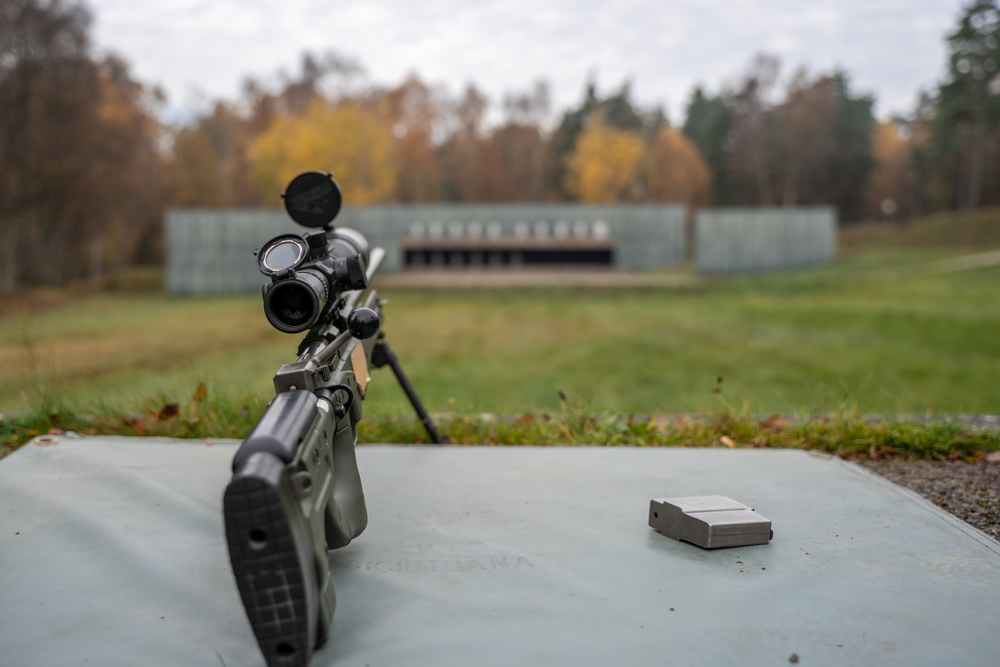 A recent visit to a gun range with a good friend (an expert hunter and firearms enthusiast) demonstrated the importance of gun control.

Not the Democratic dream of disarming law-abiding Americans, but handling and firing guns safely and accurately — so important for gun owners or anyone pondering becoming one.

So many bitter clingers, as Obama would put it, were at the range practicing gun control. Like the two Chinese men, by appearances father and son, practicing with a 9 mm pistol. Ditto two Indian gentlemen.

A burly white guy was looking through binoculars at the target downrange as his shooting partner fired an AR-15–style rifle.

White supremacists, no doubt. Or not. After the ceasefire command and visual check by a range officer at the well-run DNR facility to verify that weapons were secured and unloaded, the man put his arm around his partner, a black woman, as they retrieved the paper target.

Joe Biden loves telling the fact-free fairy tale about how the short-lived “assault weapons” ban of the mid-90s saved lives — AR-15s, used by millions of law-abiding Americans for sport, hunting, and defensive purposes, were included in the law’s prohibitions.

The bigger lie is the president’s straw-man refrain that the Second Amendment isn’t absolute. As if owning a 9 mm handgun (the most popular pistol caliber in the U.S.) doesn’t deserve Second Amendment protection.

There is “no rational basis” to have one, the president insisted recently. In 2019, Biden said, “Why should we allow people to have military-style weapons including pistols with 9-mm bullets and can hold 10 or more rounds?”

The comments directly repudiate the right to use arms for self-defense — which, as the Supreme Court discussed in District of Columbia v. Heller, is the “central component” of the right codified by the Second Amendment. (Heller also notes that the Amendment covers arms in “common use.”)

Many criminals (illegally) use 9 mm pistols. The president would have law-abiding Americans defend themselves against them with muskets.

Muskets are older than Joe Biden. Granted, unlike the president, some muskets (as well as many persons older than he) are in functional condition.

That a conservative majority in Bruen confirmed that the Constitution’s text and history supports a right to public carry for law-abiding Americans, and the next day in Dobbs v. Jackson Women’s Health explained why the opposite is true regarding abortion, is the reason for the primal scream emanating from our liberal friends.

Progressives have always treated the Second Amendment as a second-class right at best.

Bringing our sights back to the gun range, a group of men, four white, one black, had a veritable arsenal of firearms of various makes, models, and configurations.

Our cultural masters undoubtedly would rather see them practicing gender-affirming pronouns, boning up on 1619 Project propaganda, or helping activists get the name of one of the country’s founding fathers erased from an elementary school, but they enjoyed themselves nonetheless.

Incidentally, the two dozen or so firearms they had equals two dozen more lethal weapons than what that ruinous president, Barack Obama, provided Ukraine after Russia stole Crimea in 2014 and launched its insurgency in the Donbas.

Like his old boss, Joe Biden has signaled weakness. After Putin amassed 100,000 troops on the Ukraine border in 2021, Biden dithered and delayed sending lethal aid packages.

The response has improved since Russia invaded, but the president still won’t give Ukraine the quantity and quality of artillery and other weapons it needs.

In truth, the problem is progressivism — and America’s largest city is a case study. If university sociology and criminology departments weren’t themselves captured by leftists, each would feature a course this fall highlighting how the steady abandonment of broken windows policing under New York’s two-term Marxist mayor, Bill de Blasio, has led to its breakdown in law and order.

Other courses would detail the destruction to human life and property wrought by the social justice warriors catapulted into top prosecutor roles in major U.S. cities over the last several years.

There is no space here to address the recent spate of mass shootings, other than to note agreement with the observation that warning signs haven’t been missed, but ignored. The focus now should be on making sure that this changes.

Unfortunately, it’s not clear that that the new Bipartisan Safer Communities Act moves the needle much. (READ MORE: It Doesn’t Start With Guns)

There are some good things in there, such as lifting the veil on juvenile court records for younger gun buyers. Under Title II of the Act, the National Instant Criminal Background Check System now includes juvenile convictions as disqualifying offenses for would-be gun buyers under 21.

Grants for states to implement Emergency Risk Protection Order programs and anonymous school threat reporting systems are positives, as is the law’s additional funding for a program that provides money for metal detectors and other improvements to building security.

While the law provides funding for community- and school-based mental health services, it does not address the reality that the system often coddles juvenile delinquents.

Recall that Nikolas Cruz, who killed 17 people at Florida’s Parkland High School in February 2018, escaped consequences from his repeated criminal and violent behaviors thanks to the school’s participation in an Obama-era “restorative justice” program, which decriminalized school discipline. (See here and here.)

Now ask yourself whether the American Civil Liberties Union and like-minded advocacy groups will make sure that students who commit violent offenses at school going forward will suffer consequences.

The question is relevant because in identifying “best practices” for school safety, the Federal Clearinghouse established under the act (to be staffed by bureaucrats from HHS and the Department of Education) must consult with NGOs — “including civil rights and disability rights organizations.”

This shouldn’t make parents sleep better at night. If anything, we should get properly trained and vetted teachers and administrators who wish to arm themselves into schools and the ACLU out.

You can bet that federal bureaucrats in the new Clearinghouse, working with activist groups, will establish a number of counterproductive recommendations.

Parents and concerned citizens must be willing to fight to make sure that bad ideas from such “experts” aren’t adopted locally.

Ken Sondik, an attorney in Zionsville, Indiana, can be reached at kensondik@gmail.com.