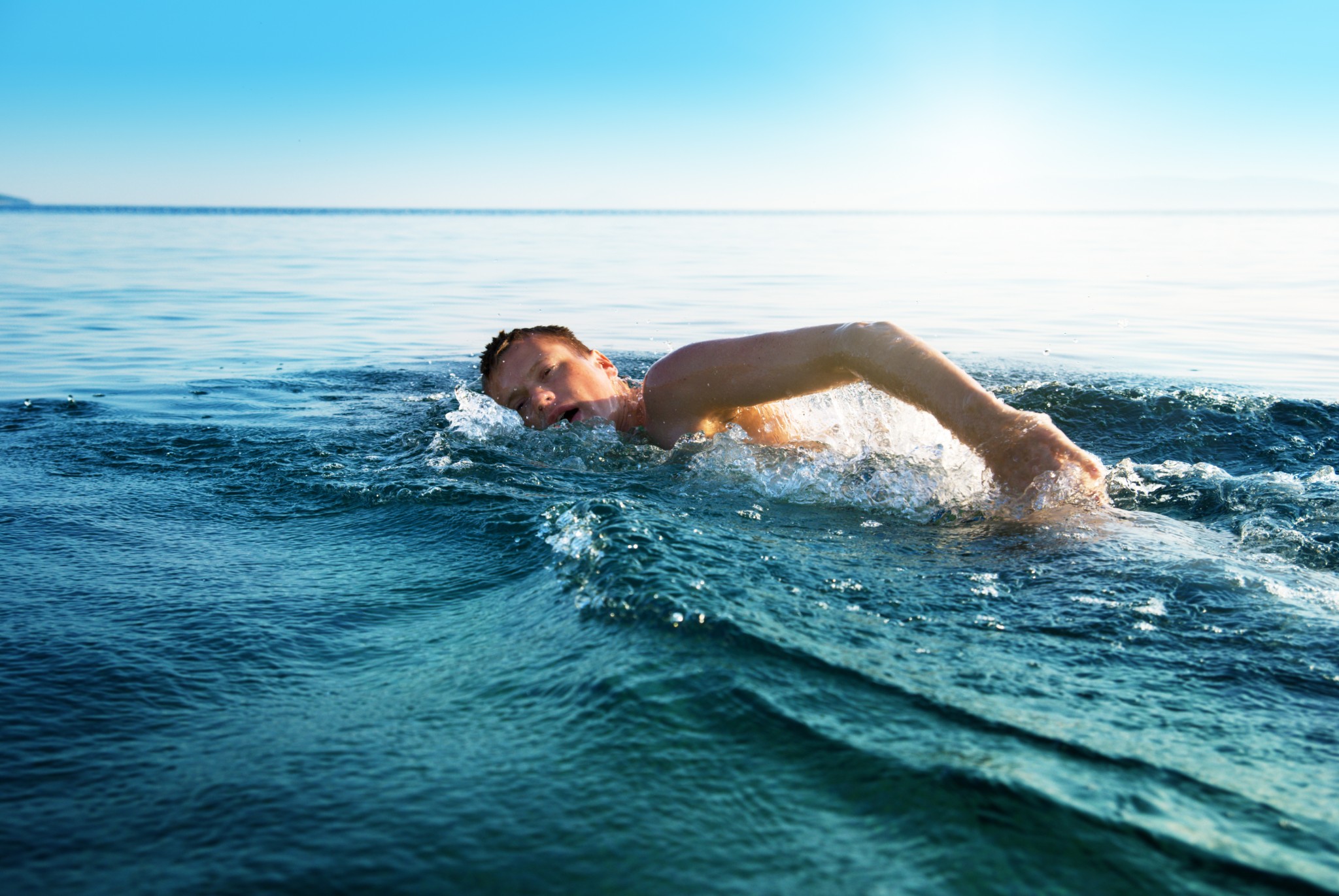 It is important to note the radical distinction between paddling and swimming in pools. Swimming is what dolphins do. Paddling is what seals do. What we normally do when we go to the beach or to the swimming pool is to go paddling. Swimming implies staying at length in the water and that can cause major problems to our organism. The main one is that the credit cards stop working, and the tuna goes from food to pet.

Extreme heat may lead you to believe that any place is suitable for paddling. It isn’t. Even under a major heat wave, you can’t jump into a fountain in the city center unless you are participating in a bachelor party. Suitable places to go paddling are: beaches, swimming pools, rivers and variants, including ponds, estuaries, and lakes.

Since Roman times, water temperature has been measured by the following scale:

Normally, after being immersed for about fifteen minutes, you will begin to feel comfortable with the temperature and uncomfortable with just about everything else. As a rule, when parts of your body you didn’t even know existed start to wrinkle, it’s time to get out of the water. Obviously, if you feel any limbs missing, it’s best to get out sooner.

On the beach, paddling can consist of cautiously entering the shore until the sea reaches — accounting for the height of the most pronounced waves — the average waterline of both knees, and proceed to conduct a series of high speed ablutions, taking advantage of the natural spasms with which our body responds on contact with cold water.

A pro-paddler takes it one step further. However, males of the species are to be warned that this will undoubtedly result in intense pain. The moment in which the waterline reaches the testicles can be counted among the most unpleasant events in a man’s life, right up there with adult circumcision at the hands of a drunken African tribal chief. Once you are balls in, everything becomes easier until you reach the float, the last great test before diving in and running off to the towel looking like a walrus on pot.

I’m always one to go in slowly. If you’re going to dive straight in because you’re not man enough to do it any other way, try not to splash me. I’m an adorable writer, I greet neighbors in the doorway, I don’t mistreat animals, and I sometimes smile at strangers, true, but I get violent when splashed.

Paddle only briefly. That way the watery shock only lets you think about how cold it is — except when on warmer coasts, of course — and hyperventilate like a fool. But if you relax, you will begin to discover that the sea is full of living things. It’s when you consider the number of slimy little things that might emerge and bite you, or suffocate you with tentacles, or kill you with a fit of the heebie-jeebies, and what was to be a pleasant swim turns into an assault on the Capitol.

It’s an Olympic year and the aspiring gold medalists in your neighborhood, at the beach club, or the hotel multiplies on beaches and at swimming pools. They are people who are completely unaware of their weight and capabilities, and try to attract the attention of young girls, performing jumps that, as much as they might consider them to be Olympian, would only be so in the event that elephants danced flamenco. If you’re going to try it, at least try to land where no other gold medal contender has landed moments before. Every summer Darwin laughs his ass off with this.

If it is bad manners to insist that someone who does not want to bathe does so, it is even worse to force them to do so by pushing them. This happens a lot in rivers and pools, or on a breakwater. However, in the latter, the push is quite lethal, and therefore exceeds the scope of this article, which deals with the paddling issues of living beings.

Pushing someone off the edge into a pool has the advantage of being a self-defining act. Sometimes, while enjoying an afternoon at the pool with a bunch of people, you are struck with a reasonable doubt: who is the biggest idiot around you? Pushing someone in has the virtue of pointing it out with big red arrows. Only an idiot can have fun pushing someone else into pools.

A variant of the push is the group of cavemen that assaults a peacefully sunbathing victim and, carrying him on high like an Iraqi funeral procession, throws him into the pool. This, besides being cowardly, should be typified as a terrorist act once and for all. I confess that seeing these sinister legal loopholes, I wonder what the hell the U.S. Department of Homeland Security is doing.

Itxu Díaz
Follow Their Stories:
View More
Itxu Díaz is a Spanish journalist, political satirist, and author. He has written nine books on topics as diverse as politics, music, and smart appliances. He is a contributor to The Daily Beast, The Daily Caller, National Review, American Conservative, and Diario Las Américas in the United States, as well as a columnist at several Spanish magazines and newspapers. He was also an adviser to the Ministry for Education, Culture, and Sports in Spain.
Most Popular
Sign Up to receive Our Latest Updates! Register