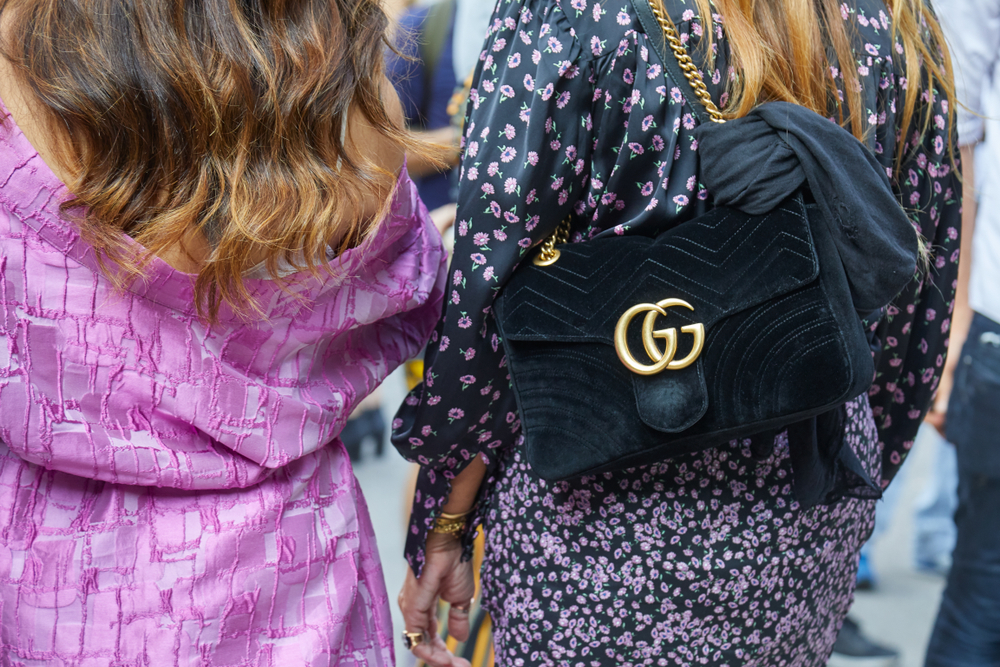 While the world contorts over the recent insurrection against the Capitol, the failure of Congress to convict ex-President Trump, the menace of COVID-19 and its mutations, and the increasing belligerence of the People’s Republic of China, there is also bad news in the world of women and men’s fashion.

Kering SA, the parent of Gucci Group N.V., a premier fashion enterprise based in Florence, Italy, founded 100 years ago, has recently announced a weak fourth quarter for Gucci. Gucci’s performance, as reported this week by the Wall Street Journal, was significantly behind both Louis Vuitton and Dior, the premier fashion brands of the French conglomerate LVMH Louis Vuitton Moet Hennessy SE. Some other brands of Kering, such as Bottega Veneta and Saint Laurent, performed better than Gucci. Overall, Kering’s revenue fell over 17 percent to 13 billion euros for 2020, with net profit falling 39 percent to €2 billion. In revenue terms Gucci is over half of Kering, so this is a major corporate challenge.

The main reasons cited were the COVID-19 virus and its effect on tourist traffic, particularly Chinese clientele, as well as a delay in launching its suite of cruise products. For some, this may conjure up the image of millions of Chinese tourists wandering through Florence and Milan, emerging with elite-looking satchels stuffed with precious leathers and designer silks — reminiscent of the heavy-laden camel caravans that traversed the Silk Route established by the Han Dynasty in the ancient world.

Still others wishing to find themselves on cruises may recall the Love Boat comedy, even thinking of Linda Clifford performing the 1970s disco hit “If My Friends Could See Me Now” or the earlier 1966 Broadway musical Sweet Charity, book by Neil Simon — for the highbrow.

Analysts will cite COVID-19 and product cycles, but there may be other factors at work. Anyone of sound American, British, or Continental taste who has ventured into a Gucci retail store might be struck by the garishness of what passes there for avant-garde for both men and women: “Does anyone actually wear this stuff?” Not only that, the logos have been oversized — inconsistent with an elegant and historic house of fashion established near the banks of the Arno River and the medieval Ponte Vecchio that spans it.

Gucci’s products have also had much ornamentation, or “baroque flourishes” in the words of the Journal. Further, for several years, well-snaffled men had to be disappointed that Gucci had eliminated its classic horsebit loafer, replacing it with a loafer for men with scarabs on it. (Last time the writer checked, not many men were wearing the scarab image, like the ancient Egyptians did as an amulet). The horsebit loafer had become iconic, possibly evoking the expression “Je ne sais quoi.” And if worn in the workplace, it could mean that the wearer really does not need to work.

The good news in the Journal is that Gucci reports it is toning down the ornateness of its products, aiming for the affluent European over-40 market, positioning high-value items such as jewelry, and marketing fashion traditions extending to Jackie Onassis and Princess Diana.

The results of one quarter or even one year do not necessarily presage a long-term strategic misfit. But Gucci could also be getting the prop wash from the ascent, indeed primacy, of global grunge, as I have called it before in The American Spectator. Who can say that in a post COVID-19 environment, high fashion will return? What will be the possible sign of good taste for the affluent consumer? Will torn jeans and gray T-shirts be the new black tie? And with remote interaction via Zoom and other platforms, will there ever be a need to get gussied up?