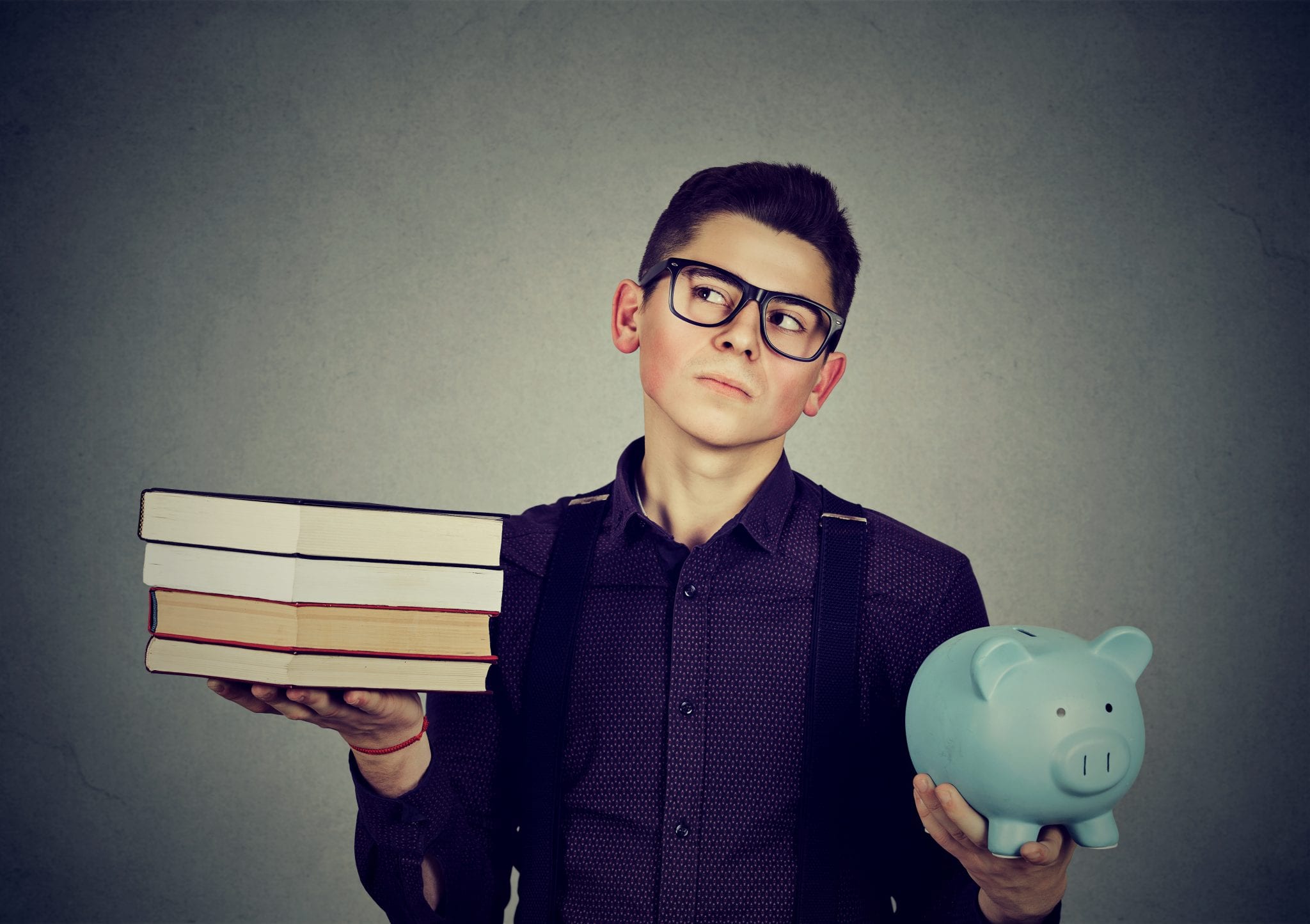 Young Americans are currently struggling to repay an enormous amount of money to the federal government in the form of federal student loan debt.

And the federal government will soon be struggling to pay an enormous amount of money to young Americans in the form of future Social Security benefits.

Young Americans owe the federal government, which also owes them. And neither can easily meet their obligations. Sounds like the makings of a deal to me.

Both the federal student loan problem and the looming insolvency of Social Security are “known knowns,” in the parlance of former Secretary of Defense Don Rumsfeld, who served under George W. Bush, the last politician to even feint toward addressing Social Security.

At that time, the then-$100 billion in federal student loan debt was but a rounding error in the federal budget. But it has since exploded to $1.45 trillion and is growing by more than $30 billion each quarter.

Meanwhile, over the next 75 years the Social Security Trust Fund has an unfunded liability of $13.2 trillion.

These two crises pose a one-two gut punch to young Americans, who are not only starting life mired in significant debt but will also be the generation to suffer from Social Security’s insolvency. Absent a solution, their taxes will skyrocket and their Social Security benefits will be dramatically cut. A creative solution is needed, not only to solve the respective financing problems but perhaps even to prevent outright generational warfare.

The federal government has neither the means nor any plans to meet Social Security’s liabilities a generation from now. And no one seems to have a workable solution for the student debt crisis either, other than to lecture students about their poor decisions or to make irresponsible, impossible promises to forgive all student debt.

Now, clearly some bad decision-making has led to the student loan crisis, but it wasn’t only on the part of students. Yes, one should have known that borrowing $120,000 for a degree in gender studies or art history probably wasn’t a good investment. But most American high schoolers were told they needed to go to college, their parents were passive, their advisers sold them on these majors, the government profligately loaned them cheap and indiscriminate financing, and colleges happily mopped up the money. So there’s lots of blame to go around. The question is: Is there a solution that isn’t worse than the problem?

Well, here’s a creative, even radical solution: Make those with student loan debt repay their loans, but let them repay them … to their future selves.

The federal student loan portfolio is a receivable asset of the federal government. Transfer that asset to the Social Security Trust Fund (which could badly use some assets), create personal retirement accounts (PRAs), and let student loan debtors offset some portion or all of Social Security’s future obligations to them by making their loan payments to their own personal retirement accounts.

Here’s an example: Let’s say a student graduates at age 22 with $100,000 in federal student loan debt. At loan payments of $400 per month, it would take 21 years to pay off the debt. Now, if that same $400 per month were going into a mutual fund averaging 6.5 percent annual growth (a defensible historical average), at age 43 our worker would have around $185,000 in their PRA and no remaining student debt. Pretty great.

Even young workers who never contribute another dime to their PRAs — an unlikely situation — the account continues to grow. From age 43 until age 70 that account would grow to over a million dollars, which could throw off a retirement income of $65,000 per year without the principal ever shrinking. Workers who live to be 90 would have over a million dollars to leave to their beneficiaries. If they continued making contributions from age 43 until age 60, they’d have over $1.5 million. And Social Security would be relieved of its retirement obligations to those workers.

I suspect the loan repayment rate would dramatically improve as debtors realize they are repaying their student loan debt to their future selves, investing in accounts they own and control. Penalties for non-repayment would need to remain in place, and perhaps be even strengthened, since it seems that more liberal repayment options implemented during the Obama administration have dramatically exacerbated the problem.

The details are political. What’s important is getting the accounts started so we can begin reducing both liabilities. There is of course no need to limit personal retirement accounts to those with federal student loan obligations. Once established, it would make sense to expand the accounts, as there are many potential sources of funding for PRAs, including possible expiring temporary payroll tax cuts, diversion of a few percentage points of current payroll taxes, and tax deductions for additional donations into PRAs.

Proponents of personal retirement accounts have done significant work over the years to detail how PRAs would work and how they could be made safe, including federal guarantees to a retirement equal to at least current scheduled Social Security benefits. Accounts would be held by mutual fund companies certified by the Social Security Administration but owned and controlled by workers. At retirement, account holders would convert a sufficient amount of their savings into an annuity designed to meet or beat scheduled Social Security benefits, and if there is any lack, the Social Security Trust Fund would top up the difference. There is no need for PRAs to entirely eliminate Social Security’s future liability, though it is possible for them to do so. Even partial reductions in future liabilities will make future tax increases smaller and future federal default less likely.

The federal government desperately needs a solution that offsets at least some portion of its gargantuan unfunded future entitlement liabilities, and student loan debtors need a creative solution free of moral and financial hazards. Solving the student loan crisis through personal retirement accounts presents a creative, if unexpected, opportunity to do both.

Tom Giovanetti is president of the Institute for Policy Innovation.