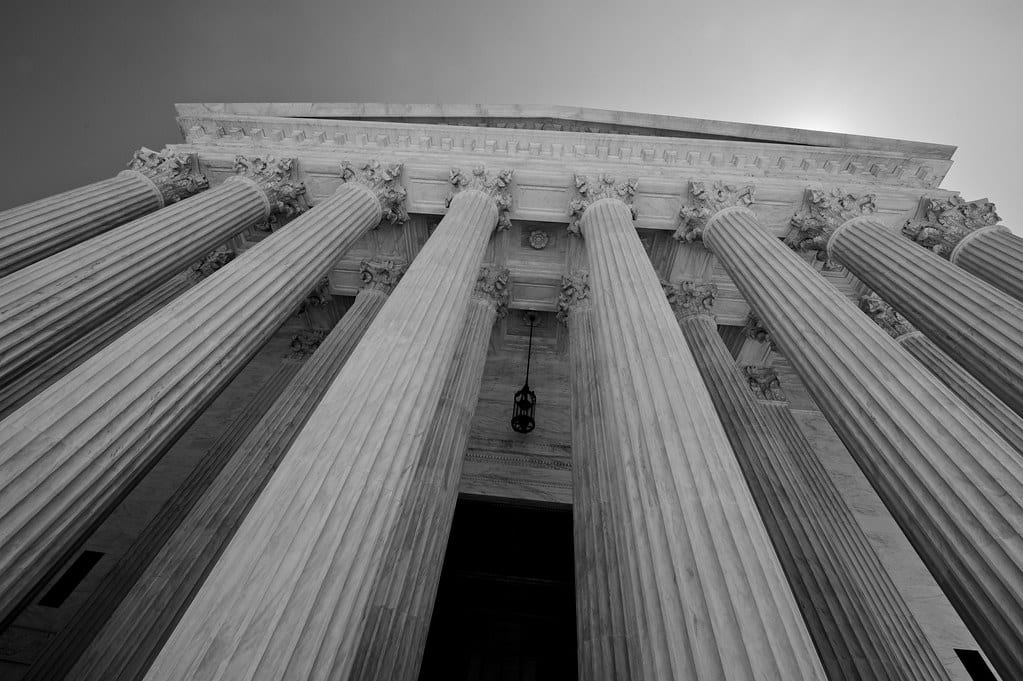 In the coming days, the Supreme Court will likely rule on June Medical Services LLC v. Russo, a Louisiana abortion case. The decision will not only answer contested abortion questions but will also serve as a test for conservatives of Justice Neil Gorsuch after his recent Bostock v. Clayton County decision, advancing LGBTQ rights.

The Louisiana Unsafe Abortion Protection Act, Act 620, says physicians providing abortions must “have active admitting privileges at a hospital that is located not further than thirty miles from the location at which the abortion is performed.”

The ruling of the SCOTUS will likely address the last and broadest question that this case will help illuminate: can conservatives trust Justice Gorsuch?

Active admitting privileges require that the physician is “a member in good standing of the medical staff of a hospital that is currently licensed by the department, with the ability to admit a patient and to provide diagnostic and surgical services.”

The stated goal of the admitting privileges is to protect women’s health in the case of procedural complications. But abortion clinics believe the restriction “disqualifies competent providers and burdens abortion access.”

June Medical Services LLC, also known as Hope Clinic, filed a Writ of Certiorari in April 2019 after the Fifth Circuit U.S. Court of Appeals overturned the district court’s original ruling in their favor.

Hope Clinic, along with two other Louisiana clinics and doctors, filed an injunction to block the law from being enforced. Stephen Russo, the Interim Secretary of the Louisiana Department of Health, is the defendant acting on behalf of Louisiana.

The first question is whether or not an abortion provider, in this case, June Medical Services LLC, can sue on behalf of the women they provide services to (in technical terms, whether they have standing to act as the plaintiff). The precedent established by Singleton v. Wulff (1976) was that physicians performing abortions do have standing to act as a third party in place of their patients.

Louisiana argued that the physicians did not meet the criteria for third-party standing: that “(1) the party asserting the right [must have] a ‘close’ relationship with the person who possesses the right, and (2) there must be a ‘hindrance’ to the possessor’s ability to protect his own interests.”

Basically, in order for a third party to have standing to act as the plaintiff, they must have a close relationship with those directly affected, who must not be able to act in a full capacity as plaintiff for themselves.

The state seeks to further this claim by contending that the physicians did not have a close relationship to the women and that there is a conflict of interest by doctors and clinics contesting a health and safety regulation.

The second question that the Court’s decision will address is whether or not the Fifth Circuit’s decision conflicts with the precedent of Whole Woman’s Health v. Hellerstedt (WWH), from 2016.

WWH addressed an identical provision of Texas House Bill 2 (H.B. 2) that required the doctor hold active admitting privileges at a hospital within 30 miles of the abortion facility.

In the majority opinion, Justice Stephen Breyer prescribed “courts to consider the burdens a law imposes on abortion access together with the benefits those laws confer,” which was the precedent set by Planned Parenthood of Southeastern PA v. Casey (1992).

The decision of the Court found that H.B. 2 put an undue burden on women’s access to abortions and effectively nullified the law.

Although Act 620 is similar to Texas H.B. 2, there are two major differences. First, in September, 2018, the Fifth Circuit reversed the district court’s original ruling in favor of June and found that Act 620 did not put a substantial burden on a large fraction of women, compared to the broader impact in Texas that would have shut down many abortion facilities.

Second was the Supreme Court’s ideological makeup during the time of its hearing.

At the time WWH was decided, Justice Antonin Scalia had passed away and his spot was waiting to be filled. Justice Anthony Kennedy acted as the swing vote in the 5-3 decision.

Now, both Justices Scalia and Kennedy’s spots have been replaced by President Trump appointees: Justices Gorsuch and Brett Kavanaugh.

With Trump’s appointees, conservatives were confident of the Court’s conservative lean. Or they were until Justice Gorsuch’s recent Bostock advancement of LGBTQ anti-discrimination law.

President of Judicial Crisis Network Carrie Severino robustly supported Neil Gorsuch as Trump’s 2017 appointee, saying it would be a conservative victory for years to come.

Severino confidently remarked on Gorsuch’s ability to continue Justice Scalia’s adherence to originalism, an interpretation of the Constitution based on the intention of the founders, saying, “It’s like central casting came up with the perfect replacement for Justice Scalia.”

After Justice Gorsuch sided with the more progressive judges and wrote the majority opinion of Bostock, conservatives like Severino are less confident he will uphold Scalia’s solid conservative legacy.

The decision of the Court in Bostock extended the meaning of “sex” in Title VII of the 1964 Civil Rights Acts to include sexual orientation, effectively barring employers from firing an employee based solely on the fact they are transgender or homosexual.

The ruling of the SCOTUS will likely address the last and broadest question that this case will help illuminate: can conservatives trust Justice Gorsuch?

Upset with the decision, Senior Fellow at the Heritage Foundation Ryan Anderson responded, “This mistaken theory of sex discrimination will have far-reaching negative consequences down the road.”

Conservative commentator Ben Shapiro joined Anderson and Hawley in disdain for the decision, remarking, “it is simply a bad, outcome-driven legal decision. And it throws religious liberty, free speech, and employment law into complete turmoil.”

Anderson, Hawley, and Shapiro are among many conservatives who worry that this upcoming ruling will be more of the same.

The Supreme Court’s upcoming decision on June Medical Services LLC v. Russo will answer the question of third-party standing. If the Court blocks doctors and clinics from representing patients, there is potential for other state abortion regulations to go without challenge in the future.

The WWH precedent for state abortion laws is also at stake in this decision, opening up the possibility of deferring to the state legislature’s stated intent of the law rather than the evidence of the law’s impact. The state could also require a “large fraction” of women to be “substantially burdened” by the law. Both possibilities would give states looking to impose further abortion restrictions more leeway.