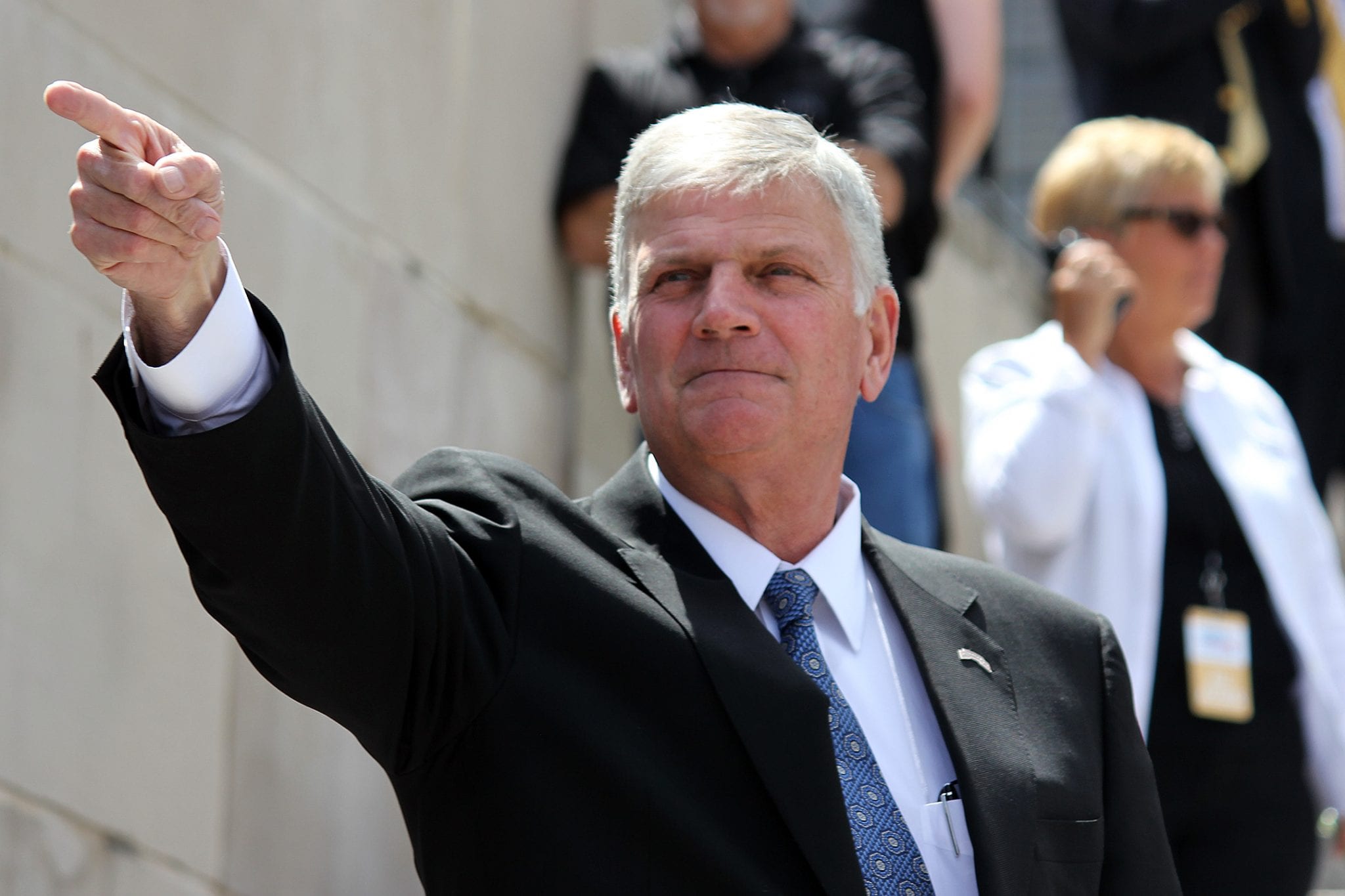 After the Supreme Court decision on June 15 that expanded the definition of sex under Title VII of the Civil Rights Act of 1964 to include sexual orientation and gender identity, Franklin Graham, an evangelical pastor and son of the late Rev. Billy Graham, issued a statement condemning the decision as anti-Christian.

Graham, the president and founder of Samaritan’s Purse, the organization responsible for a significant proportion of nonprofit COVID-19 relief efforts which recently came under fire for requiring volunteers and employees to sign faith statements declaring homosexuality a sin, said in a statement Monday afternoon in response to the SCOTUS decision:

I believe this decision erodes religious freedoms across this country. People of sincere faith who stand on God’s Word as their foundation for life should never be forced by the government to compromise their religious beliefs. Christian organizations should never be forced to hire people who do not align with their biblical beliefs and should not be prevented from terminating a person whose lifestyle and beliefs undermine the ministry’s purpose and goals.

Graham and many evangelical Christians object that the decision by the court limits religious freedom as guaranteed by the First Amendment and that the court stepped out of its bounds to legislate the new law. In the opinion of the Court, Justice Gorsuch writes, “An employer who fires an individual merely for being gay or transgender defies the law.” While some, like Graham, have claimed that the Court legislated from behind the bench, the opinion by Justice Gorsuch, though purportedly a constitutional originalist, clearly argues that the Court’s decision did not create new legislation but merely expanded the original intent of the Civil Rights Act to modern problems not foreseen in the 56-year-old law. Justice Alito wrote a dissenting opinion arguing that the Court majority was not abiding by the actual text of the law. In another dissenting opinion, Justice Kavanaugh argues that the Court only has the authority to interpret legislation, not to expand it. The question of whether or not the Court legislated or should legislate from the bench has been an issue for decades before this week’s decision and is hardly surprising after years of judicial overreach. The issue of the violation of religious freedom by this decision, however, has a more definitive answer.

The decision mandates that religious organizations, regardless of the explicit goals of the organization, not take into account a person’s sexual orientation or gender identity in the hiring or firing processes. Effectively, the decision limits the religious freedom of institutions by forcing them to hire and keeping them from firing individuals who act in direct contradiction to organizational teaching. Many, including myself, disagree with Graham’s stance on LGBT issues, but regardless of that difference of opinion, Graham is correct. The Court’s decision inhibits the free exercise of religion.

Most Popular
1
Hither and Yon
Four Stages of Marxist Takeover: The Accuracy of Yuri Bezmenov
by Scott McKay