The Talkies,Top Story Feminism,Film,James Bond,Movies Goodbye, Mr. Bond - The American Spectator | USA News and Politics
Menu
The Talkies
Goodbye, Mr. Bond
Lashana Lynch will be lackluster as the next 007.
by Lou Aguilar
Sean Connery and Daniela Bianchi in “From Russia with Love.” Image: Imdb 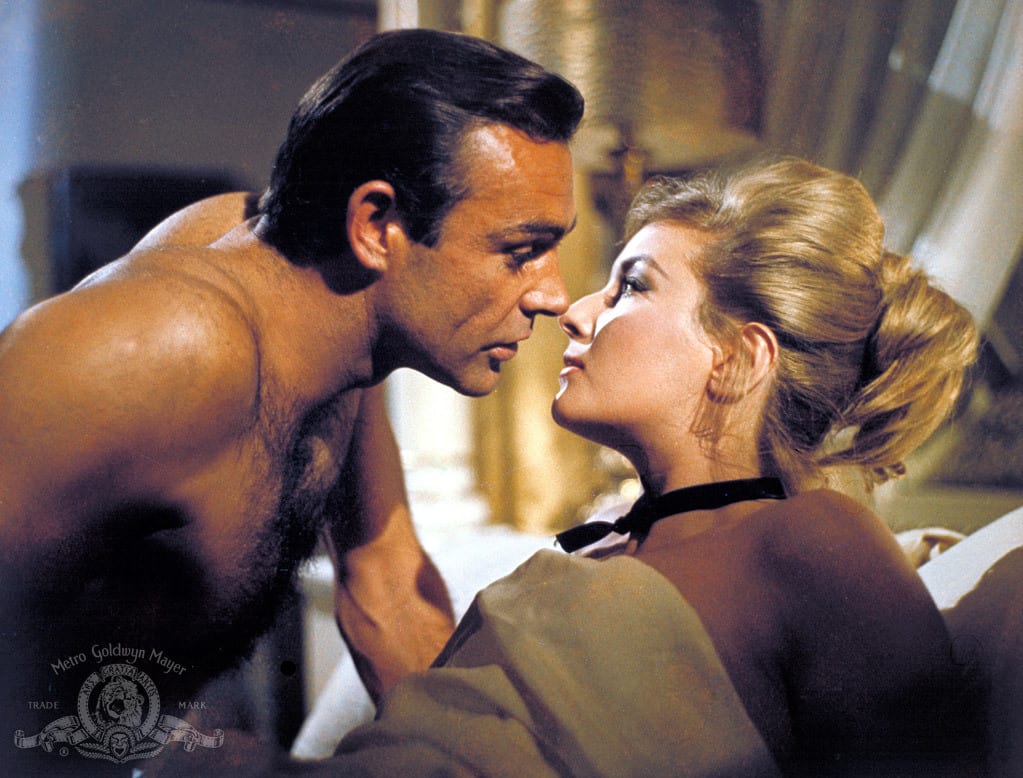 In every period between James Bond movies, the progressive chorus starts singing the same tiresome two songs, right on key. Song No. 1 chants that it’s time for a black Bond, a female Bond, or a gay Bond, and they’ve now added a transgender Bond refrain. Idris Elba’s name comes up so often, I keep thinking he’s played 007 already. Angelina Jolie, no stranger to superspy action leads (Mr. and Mrs. Smith, Salt), has said, “I’d like to be Bond.” More intersectional dream-Bond casting always ensues. It was only a matter of time before the franchise keepers succumbed to the leftist cultural pressure; hence the upcoming 25th Bond film has been licensed to kill two birds with one stone. Agent 007 will be portrayed by black actress Lashana Lynch. To paraphrase Richard Harris in the brilliant English thriller Juggernaut, they may be stupid, but they’re not bloody stupid, since James Bond himself will still be portrayed by Daniel Craig.

Song No. 2 — requisitely sung by every forgettable Bond Girl since the Roger Moore incarnation — goes something like this: “My character is nothing like those silly ‘Oh, James’ bimbos in the early films. Here I’m totally Bond’s equal.” Had these starlets bothered to actually watch the first six classic Bond films, they would know that every one of them featured exceptionally strong, intelligent women who could more than outclass ordinary men, only with one since politically corrected distinction: they were highly sexual.

Start with one of the most iconic scenes in cinematic — not just Bondian — history: initial 007 heroine Honey Ryder (Ursula Andress) walking out of the Caribbean Sea wearing a yellow bikini and a hunting knife in Doctor No (1962). The first thing she does when she sees Sean Connery’s Bond is pull the knife on him. Later, she describes how she killed the man who raped her by placing a black widow spider in his bed, a more certain justice than sexual harassment charges. Andress’ Honey Ryder almost single-handedly spurred on the ’60s sexual revolution.

The outstanding second Bond picture, From Russia with Love (1964), features Tatiana Romanova (Daniela Bianchi). Her assignment is to seduce Bond into being a Soviet (secretly SPECTRE) dupe and then set him up for assassination, a difficult task given a man of his carnal experience and professional suspicion. Tatiana accomplishes the former but then, after she genuinely falls in love with him, has to save his life by shooting the mad villainess trying to jab him with a toxic shoe blade. “She had her kicks,” quips Bond.

The movie that launched James Bond into the stratosphere, and began the mid-60s spy craze, was Goldfinger (1964). It featured the most formidable, famous Bond Girl ever: Pussy Galore (Honor Blackman). A lesbian ace pilot with a squadron of all-female flyers and a judo black belt, she knocks Bond around a few times before being physically bested by him in both senses of the word. No post-Connery Bond Girls have come remotely close to her capacity, for all their feminist pretenses.

My personal favorite Bond love interest happens to be in my favorite Bond film: Domino (Claudine Auger) in Thunderball (1965). You feel for her as the stunning yet forlorn mistress to a multimillionaire playboy who’s also a SPECTRE mastermind. Of course Bond can steal her from him and get her to spy on the man. But she still has to save Bond’s life by skewering her ex with a speargun. “I’m glad I killed him,” she says, to which Bond replies, “You’re glad?” Domino’s the kind of heroine you’d never see in modern entertainment, neither a man-killer nor a professional anything (though the villainess in Thunderball, Fiona, is both), just a confused, used beauty. This makes her more believable than all her post-60s successors.

Kissy Suzuki in You Only Live Twice (1967) is a top Japanese intelligence agent. She sexually rebuffs Bond on the mission: locating a secret SPECTRE base in Japan. Once they do, she swims for reinforcements, dodging helicopter machine-gun fire, and leads them into the volcano installation for a major battle.

Then, in On Her Majesty’s Secret Service (1969), comes the ultimate Bond Girl, Contessa Teresa (Tracy) di Vicenzo (Diana Rigg), a woman so exceptional, Bond (George Lazenby) forsakes all others to marry her. An expert driver, ice skater, skier, and partner, she forges an equal romantic union with Bond. “I love you,” he says for the first and last time. “And I know I’ll never find another girl like you.”

Nor will the Bond people. As the late, great film critic Roger Ebert astutely wrote, “James Bond is not an action hero,” despite all contemporary efforts to reduce him to that and jettison what made him work for generations. He’s what his creator, the novelist Ian Fleming, envisioned: the British answer to Mike Hammer. Fleming loved the American hardboiled fiction school of Hammett, Chandler, and Spillane and dismissed the plethora of literary English fops like Lord Peter Wimsey. He created a chauvinist predator dedicated to Queen and country who enjoys a hedonistic lifestyle precisely because he knows it could end violently in an instant. He’s the quintessential toxic male, albeit with charm and wit. Men want to be like him, and women want to be with him — not be like him, as well.

All this brings us to Lashana Lynch. She may be a terrific actress, but as 007, she’ll damage the franchise. I believe the expression is “get woke, go broke.” The Double-Os have always been like undercover Navy SEALs: top assassins who can blend in to hostile territory, think their way through a mission, and if necessary battle their way out. Lynch’s 007 cannot believably do two out of the three. She’d be utterly worthless in male-dominated Asia, Arabia, or Latin America. Nor can she fulfill the traditional function for female field agents — seduction and entrapment — because, frankly, she lacks the pulchritude for it, and because the filmmakers would never dream of giving her such a sexist role. In fact, they just banned the term “Bond Girl” from the set of the new movie, tentatively titled Bond 25, opted for “Bond Woman,” and hired a feminist co-screenwriter. In their desperation to fit in with the Hollywood zeitgeist rather than respect Fleming’s vision, they will accomplish what countless villains over 60 years have failed to do: kill Bond, now!