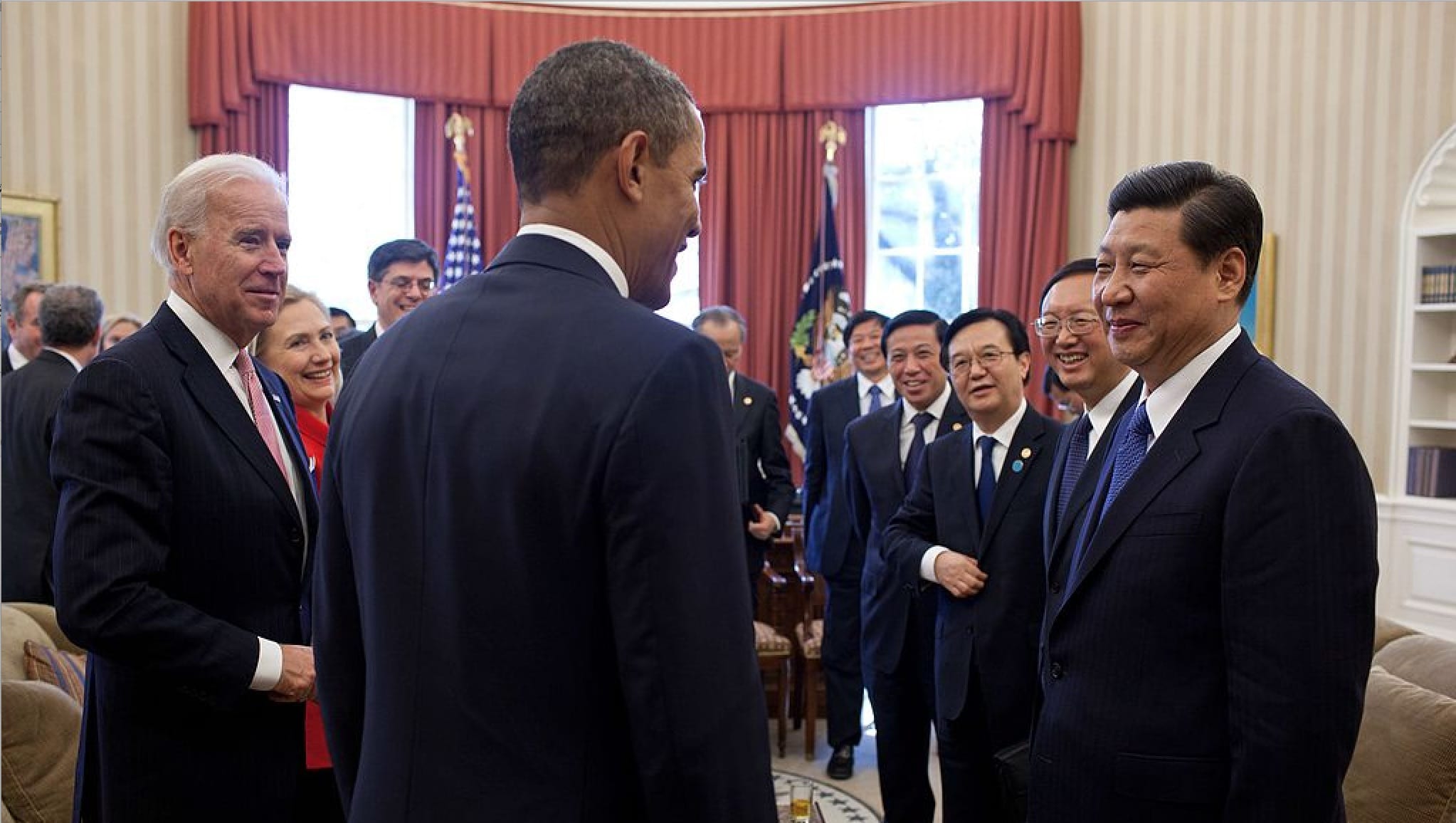 How long that will last is problematic. Joe — at seventy-six years of age — is not too old to be president and is supposed to be more electable than most of the others. But let’s not forget that Ol’ Joe is a gaffe-o-matic machine. He’s tossed out so many verbal boners over the years (who can forget his telling a wheelchair-bound man to stand up?) that he’s bound to fumble and stumble repeatedly. His opponents — and the media — aren’t going to let him get away with that stuff anymore.

The problem with Ol’ Joe is that he’s the personification of what Ronald Reagan said about liberals: “It isn’t so much that liberals are ignorant. It’s just that they know so many things that aren’t so.”

Having spent thirty-six years in the Senate, he was brought on Obama’s presidential ticket as a foreign policy expert. Joe, having chaired the Senate Foreign Affairs Committee, was going to lend his policy expertise to Obama, who hadn’t any at all.

Biden’s supposed expertise was on display at a campaign stop last week when he proclaimed that China wasn’t bad and that they’re no competition for us.

Biden said, “China is going to eat our lunch? Come on, man.” He said that China had its hands full with domestic and regional problems from the “China Sea” (he apparently meant the South China Sea) to “… the mountains in the West.” It’s not at all clear whether he meant the mountainous region in western China where the Uighur Muslims live, or the Urals or the Alps.

Biden continued, saying, “They can’t figure out how they’re going to deal with the corruption that exists within the system. I mean, you know, they’re not bad folks, folks. But guess what? They’re not competition for us.”

Biden is wrong, profoundly so, on both economic and strategic grounds.

Let’s start with Biden’s supposed support for America’s blue-collar workers. He brags that unions have been his most reliable supporters and they have in the past. But union votes are often credited with putting Donald Trump over the top in 2016.

According to the Economic Policy Institute, our huge trade deficit with China led to the loss of 3.4 million U.S. jobs between 2001 and 2015. Three-quarters of the jobs lost, according to EFI, were in the manufacturing sector where union jobs predominate.

Through enormously unfair trade practices and currency manipulation, China has effectively stolen a large part of our economy. But, according to Joe, they’re no competition for us.

That brings us to China’s espionage and cyber-espionage operations which cross the bridge between industrial spying and spying on our defense and intelligence communities.

According to a 2017 report by the U.S. Trade Representative, Chinese theft of U.S. intellectual property costs us between $225 and $600 billion a year.

What is “intellectual property”? It’s every kind of trade secrets and defense and intelligence secrets. Examples range from the designs of computer chips and formulae for advanced drugs which U.S. companies spend billions to develop — that China steals and gets the benefit of for free. China reportedly stole the design for the F-35 fighter aircraft and — perhaps — the computers that make it work.

There are thousands of cyber spying attacks committed by China against U.S. industries as well as the defense and intelligence communities every day.

When you cross that bridge between espionage and cyber-espionage you necessarily enter the world of cyber warfare and artificial intelligence.

In 2017, China launched its “New Generation Artificial Intelligence Development Plan” to sustain its lead over the U.S. in development of robotic intelligence. And China’s AI development is unconstrained by any effect it may have on humanity.

That’s a part of China’s cyber warfare capability. How far that goes may be known to our intelligence community but those who aren’t privy to that information can only guess.

Since the late 15th century — when Christopher Columbus was discovering America — China had not built a “blue water” navy. Its small naval force was incapable of projecting power beyond its coastal waters. Now it has built a blue water force, and is continuing to add to it for the purpose of projecting power around the world.

That and China’s other military and strategic moves make Biden’s claim that China is too preoccupied by domestic and regional matters to pose a challenge to us simply laughable.

Last week, the Pentagon released its annual report on the military capabilities of the People’s Republic of China. The report concludes that China’s “One Belt, One Road” initiative is driving its goal to build naval bases overseas.

The Belt and Road Initiative is a Chinese method by which it turns formerly free nations into tributary states. It lends millions or billions to poor nations which can’t afford to repay the loans. This “debt-trap diplomacy” enables Chinese demands for land to build military bases and support for its other expansionist plans.

In 2017 China opened its first overseas naval base in Djibouti. It will soon build a much larger and more strategic base in the Pakistani port of Gwadar. Much of Pakistan is being turned into a de facto Chinese colony. More bases will be built in the Middle East, southeast Asia, and the western Pacific. More such colonization will occur.

The South China Sea, as we seen for years, is the site of China’s most obvious aggression. It has built (and is continuing to build) islands in tactically important spots in the Sea, fortifying them and stationing ground and missile forces on them. Those newly built fortified islands are threatening Japanese, Vietnamese, and Philippine claims to islands and sea space there.

Acting Defense Secretary Patrick Shanahan told Congress last week that countering China’s threats is one of the Pentagon’s top priorities. Shanahan said that China is spending at least $170 billion annually on asymmetric weapons as well as new strategic weapons such as hypersonic missiles. Pentagon spokesman Charles Summers said, in a separate statement, that China “… will be the primary concern for the U.S. national security for years to come.”

Neither Shanahan nor Summers stated the obvious conclusion: that we are engaged in the Second Cold War with China, and the risks that it will turn into a hot war are very real and must be urgently addressed.

So where does that leave Ol’ Joe? I’m reminded of one moment in a 2012 debate when Obama mocked hapless Mitt Romney about his statement that Russia was our biggest geopolitical challenge.

Obama said, “Governor Romney, I’m glad you recognize al-Qaida is a threat, because a few months ago when you were asked what is the biggest geopolitical group facing America, you said Russia, not al-Qaida. You said Russia. And the 1980s are now calling to ask for their foreign policy back. Because the Cold War has been over for 20 years.”

Yes, we fought and won the First Cold War against the Soviet Union, thanks to Presidents Reagan and Bush 41. Now we have to fight the Second Cold War against China and Russia. Biden is as wrong about China as Obama was about Russia. But that’s no surprise because Biden’s foreign policy — and those of his opponents for the Dem nomination — will be the same dangerous muddle as Obama’s was if any of them are elected.

Good Ol’ Joe is out to lunch while the Russians and Chinese are eating ours.