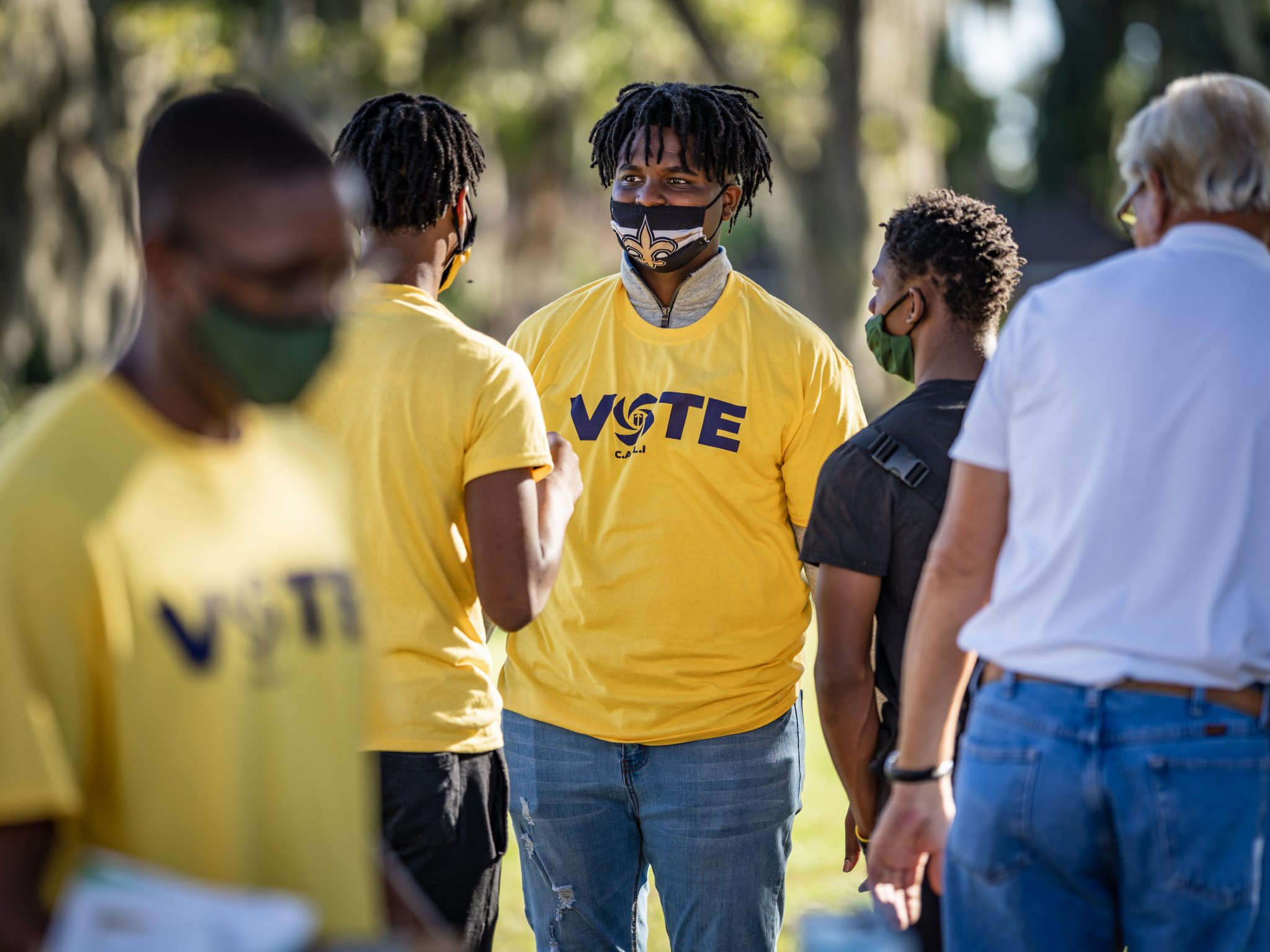 Buried in the liberal lie that vote security somehow “suppresses” votes of black Americans is the truth: it protects their vote security, as well. Even in minority communities, ballots themselves are color blind.

Deep in the cynical assertion that protecting votes is “racist” is the inference that black votes aren’t important enough to be protected. Liberals and their Democrat allies face two stumbling blocks in demonstrating legitimate concern about minority voting — the past and the present. They own the history of voting discrimination based on race, and they still practice it today.

To assert that vote security is “racist,” it must first be established that minorities are separate and unequal from other voters, and less competent at meeting voting requirements. But all Americans must show ID for driving, banking, voting in union elections, going to post-secondary school, and purchasing certain products. The Left’s anti–vote security influencers are currently focused on Georgia’s new voting laws, which require voter identity verification with photo ID. Democrats claim this discriminates against black voters in particular.

Why? Do we black Americans not have bank accounts? Union jobs? Do we not drive? Go to college? Buy beer?

Photo ID is free in Georgia with a birth certificate and proof of residency. Like all other Americans, black citizens are born and live somewhere. By labeling this requirement “racist,” the Left is putting minorities in a subclass incapable of getting ID. This is demeaning and absurd.

According the Georgia secretary of state, residents can choose several forms of ID to cast mail or absentee ballots, including Social Security numbers or utility bills. Georgians have long needed photo ID to register to vote or vote in person, and that has not changed. Additionally, 99 percent of voters already have driver’s licenses.

The liberal fuss is not about facts; it’s about manipulating the public — and sometimes causing harm.

Atlanta’s population is 51 percent African American compared to Denver’s 10 percent. It is mathematically inarguable that black employees, vendors, and small business owners working in and around Georgia’s Truist Park will lose more income (in total, an estimated $100 million in revenue) than black employees in Denver will gain. This corporate capitulation to a lie takes income from the minority population it pretends to protect.

Although embracing boycotts of Georgia companies would harm his own voters most, Georgia Sen. Raphael Warnock (with a guaranteed Senate salary of $174,000) asked fellow African Americans to swap their income for outrage.

And Warnock is far from the first to take a political position like this; the history of voting discrimination against black citizens by Democrats is long and disgraceful.

The Republican Party was founded in 1854 as an anti-slavery party, and its first president emancipated American slaves. The Ku Klux Klan was created by Confederate veterans in Tennessee in 1866 and soon spread to Georgia, where it was spearheaded by the Young Men’s Democratic Club, whose agenda included blocking African American voting.

After the Civil War, Democrats opposed the right of black citizens to “Live Free,” as we say at the American Constitutional Rights Union — and vote. During Reconstruction, Republican Jefferson Franklin Long was Georgia’s first black congressman. Although a band of Klan members attacked him at a campaign stop and killed four freedmen, and congressional Democrats initially refused to seat him, in 1871 he became the first African American to address the House of Representatives.

Well into the 20th century, Democrats committed acts of violence against black voters and their white Republican supporters. The violence was so widespread that Congress enacted legislation (largely ignored by southern Democrats) prohibiting the Klan from blocking civil rights for any citizen. Democrats created Jim Crow laws and the onerous poll taxes that blocked many African Americans from voting for many decades.

In 1876, the all-black, Republican town of Hamburg, South Carolina, was attacked by white Democrats, and dozens of black citizens were murdered. Later on, a Democrat candidate for governor used the “Hamburg Massacre” as a threat against white citizens supporting voting freedom for black Americans.

Suppression of the black vote by those we now classify as the progressive Left is nothing new; they have merely developed a different strategy. This modern approach includes supporting the anti-vote security provisions in the federal For the People Act and opposing safeguards in Georgia’s new voting law while ignoring that minority votes also deserve protection.

All citizens — including minorities and African Americans — have inalienable rights, some codified in law, some assigned by universal values of morality and fairness.

We have a right to know the truth about history and current political reality.

We have a right to know who is really on our side.

Amb. J. Kenneth Blackwell is a Policy Board Member of the American Constitutional Rights Union and a former Secretary of State for Ohio.