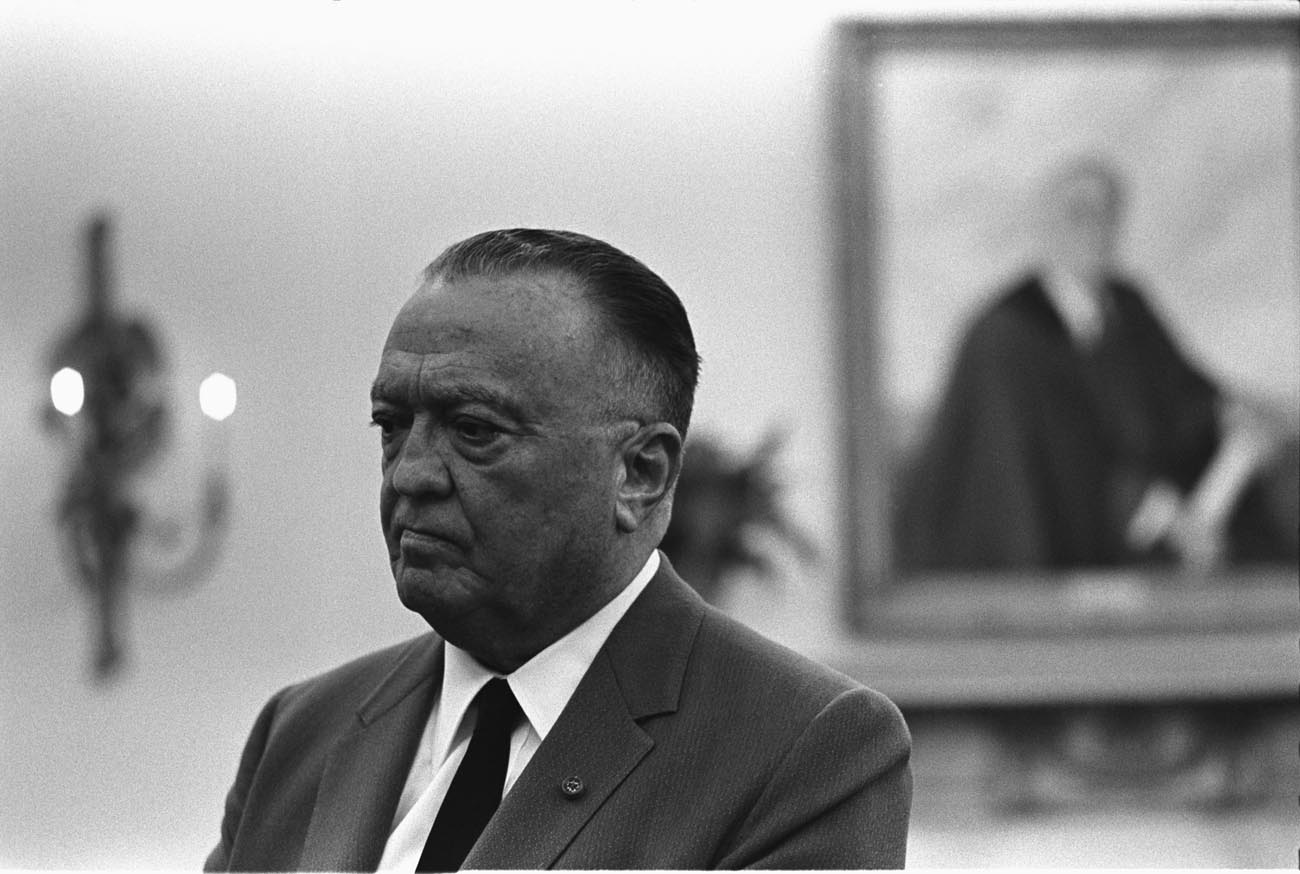 G-Man: J. Edgar Hoover and the Making of the American Century
By Beverly Gage
(Viking, 864 pages, $45)

J. Edgar Hoover held on to power for too long. From 1924 until his death in 1972, during the administrations of eight American presidents, he headed the Bureau of Investigation, later named the Federal Bureau of Investigation (FBI), the nation’s premier law enforcement organization. And it was Hoover that made the FBI professional and mostly, though not always, apolitical. But 48 years is too long for anyone to exercise that kind of power and authority. We have seen that the FBI’s power — like all power — can be abused when wielded by people with personal, ideological, or political agendas. In the end, that may be one of Hoover’s most unfortunate legacies.

A new book by Beverly Gage, written from the perspective of an unabashed “progressive,” portrays Hoover as a “racist” and “demagogue,” who used the FBI against leftists who she claims only wanted the United States to embody the progressive “social vision.” Hoover, she writes in G-Man: J. Edgar Hoover and the Making of the American Century, prevented the United States from achieving that vision.

To which I respond, “Thank God for Hoover.”

Gage, who teaches at Yale University, and who recently quit the grand strategy program there because the donors wanted to place conservatives on the program’s board, romanticizes the New Left radicals of the 1960s, who were targets of Hoover’s FBI. Many of the leaders of the New Left, as David Horowitz and others have revealed, were anti-capitalist, pro-socialist, even pro-communist in the midst of America’s war against communist North Vietnam, which was part of the broader Cold War struggle against Soviet-led communism. Gage downplays the violence of the Black Panthers and the racism of the Nation of Islam. She praises the anti-war leadership of the radical Students for a Democratic Society (SDS).

Eight presidents decided that J. Edgar Hoover was the right person to lead the FBI, and it was those presidents, not Hoover, that gave more and more power to the FBI.

Hoover earned his FBI spurs during the anarchist and communist-led violence in several American cities in 1919, helping to plan and organize the “Palmer raids,” named after President Woodrow Wilson’s attorney general, A. Mitchell Palmer, who had presidential aspirations. Anarchists had targeted for assassination U.S. officials, including Palmer, whose residence in Washington, D.C. (located across the street from then–Assistant Secretary of the Navy Franklin D. Roosevelt’s apartment), was the site of an attempted bombing. Bombs were also set off in Boston, New York, Cleveland, and other major cities. Hoover was put in charge of the Justice Department’s newly created Radical Division, where he coordinated surveillance, raids, arrests, and, ultimately, deportations of alien anarchists and communists.

The Palmer raids have fared rather badly in our history books, but any abuses committed during the raids paled before the repressive measures Wilson implemented during America’s involvement in World War I, when simply speaking out against the war or Wilson’s war policies could get you arrested, prosecuted, and jailed.

Gage downplays the danger and violence of the anarchists and communists and faults Hoover for establishing a narrative that portrayed the “Bolshevik Revolution” as “a gathering of criminals intent on promoting bloodshed and murder.” Gage claims that the “Bolshevik Revolution” is an “event still poorly understood in the West.” She claims it was a “revolt against an unjust, tyrannical czar.” Don’t they teach history at Yale? The “revolution” that ended czarist rule occurred in February to March of 1917 and was not led by the Bolsheviks. For the next seven months, Russia was ruled by a provisional government until the Bolsheviks seized power in a coup d’état. The Bolsheviks who seized power in Russia in October to November of 1917 demonstrated then and repeatedly thereafter that they were “a gathering of criminals intent on promoting bloodshed and murder,” just as Hoover said.

Gage also faults Hoover for his investigations of communists during and after World War II, especially his hostility against the Communist Party USA (CPUSA). Hoover, she writes, “refused to believe that the CPUSA … had simply abandoned its old ideological commitments” after 1941. Here, again, Hoover was right. Throughout the war and after, the CPUSA was financially dependent on, and ideologically aligned with, Joseph Stalin’s Soviet Union. Gage knows and writes about the widespread communist infiltration of our government in the 1940s — she mentions the Venona revelations, the Amerasia spy case, the atomic spies, and the revelations of Whittaker Chambers, Elizabeth Bentley, and others — but criticizes the anti-communism that she labels “Hooverism” in a deliberate reference to “McCarthyism.” And she doesn’t even get Joe McCarthy right.

Perhaps Gage’s most serious criticism relates to Hoover’s unwillingness to use the FBI to promote and ensure racial justice, and she attributes that to Hoover’s upbringing and schooling. But, as even she notes, Hoover was for many decades blocked from involvement in this issue by Southern Democrats — such as then–Sen. Lyndon B. Johnson — who prevented the passage of civil rights legislation and anti-lynching laws in order to protect the Jim Crow terror and way of life in some Southern states. Here, Gage’s righteous anger should be directed elsewhere. (READ MORE: Can the FBI’s Reputation Sink Any Lower?)

Eight presidents decided that J. Edgar Hoover was the right person to lead the FBI, and it was those presidents, not Hoover, who gave more and more power to the FBI, especially FDR and LBJ, the two presidents most responsible for the expansion of the federal government’s power in the 20th century. Hoover was the recipient — and not always the eager recipient — of that power. Like all heads of giant bureaucratic agencies, he husbanded and sometimes expanded that power, but rarely on his own authority. Hoover’s “abuses” of power that Gage recounts were in reality FDR’s abuses, John and Robert Kennedy’s abuses, and LBJ’s abuses. And, as Gage notes, despite Hoover’s affinity for Richard Nixon, the FBI director resisted efforts of some in the Nixon White House to embroil him in Watergate.

One doubts that for all of Gage’s criticism of Hoover’s FBI, she has any misgivings about the FBI’s role in investigating former President Donald Trump and his associates. The “Russia collusion” hoax and the activities of James Comey, Andrew McCabe, and Peter Strzok — which the Left promoted and cheered on — would not have passed the smell test under Hoover.

Hoover’s greatest legacy, however, is the fight he and the FBI waged against the enemies of the United States — both foreign and domestic. But Gage simply has too much admiration for the progressive “social vision” of those enemies to judge him fairly.