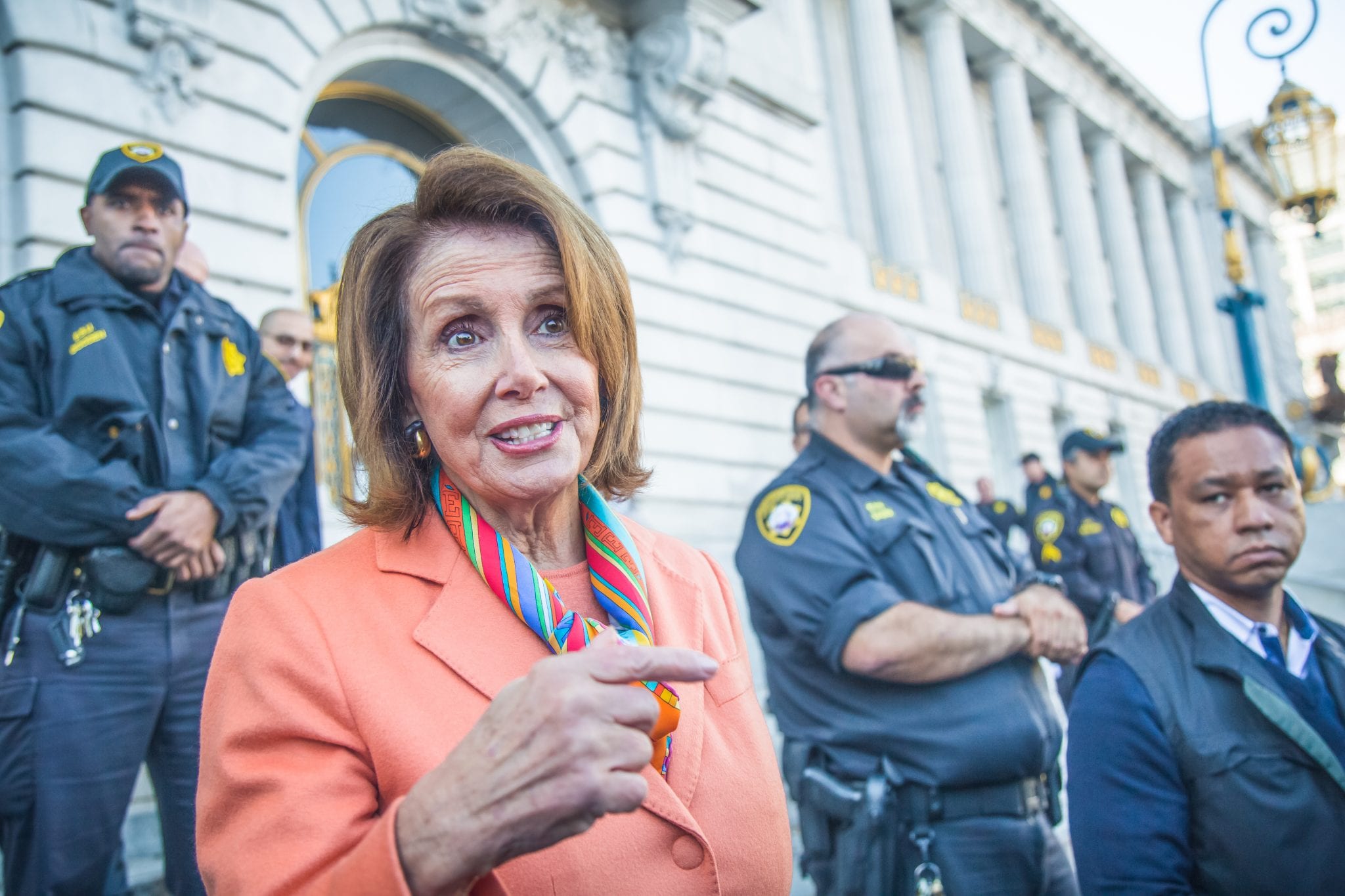 “Lock her up,” of course, is a chant beloved by President Donald Trump’s fan base.

Now Democrats have their own version — “lock him up” — since the demur House Speaker Nancy Pelosi told a closed meeting of Democratic leaders, “I don’t want to see (Trump) impeached; I want to see him in prison.”

That coy remark, first reported by Politico thanks to multiple unnamed sources, apparently is designed to convince Democrats that Pelosi’s heart says impeachment, but her head is trying to rein in House Judiciary Committee Chairman Jerry Nadler to protect her caucus from taking a bath in the 2020 election.

Methinks it’s a double game meant to send a message: If/when Democrats move to impeach Trump, it will be because he made them do it. Democratic leaders are cool with impeachment; they just don’t want to look as if they’re too hungry for it.

Last month, Pelosi told the Cornell University Institute of Politics and Global Affairs, “Trump is goading us to impeach him.” Later, the speaker said the president was “engaged in a cover-up” and, later still, that he belongs in prison. These are clearly feints, as the number of House Democrats who support impeachment has grown while she’s been trying to hold back her caucus.

“She knows impeachment is a disaster for them,” GOP graybeard Karl Rove told Fox Business Network’s Maria Bartiromo. And “Nancy Pelosi is between the progressive left in the party that wants to impeach and the political reality that she has a majority in the House because a bunch of red districts flipped blue, and she knows that this could cost her the majority.”

True. There are 31 House Democrats whose districts Trump won in 2016, and impeachment could cost them their seats. But Pelosi has thrown moderates under the bus before.

In 2010, then-Speaker Pelosi ushered through the passage of President Barack Obama’s Affordable Care Act without a single Republican vote. In November, it was no surprise when Democrats lost 63 House seats and she lost her gavel.

Of the 34 Democrats who voted against Obamacare, only four still remained in office before the 2014 elections. They were left behind by a party that had moved inexorably to the left. It’s happening again. The list of Democrats who support impeachment isn’t shrinking or holding; it’s expanding.

It doesn’t matter that there is no way the GOP-controlled Senate will produce the 67 votes needed to convict and remove Trump. They want it so badly they cannot stop themselves.

Nevada Democrats’ flinty godfather, Harry Reid, told USA Today on Monday that he favors the House opening an inquiry into impeachment “to give the American people a view of what’s going on.” Reid would not be saying this if he thought impeachment would hurt Democrats in 2020. And he’s not stupid.

What Rove sees as a disaster wasn’t a wipeout for Republicans after the House impeached and the Senate failed to convict President Bill Clinton. In 2000, Republicans won back the White House. Yes, Republicans lost House seats, but unlike Pelosi in 2010, they did not lose control of the House.

The other issue concerns timing. “If they haven’t done this by February, they’re not going to do it then,” said Saikrishna Prakash, a law professor and senior fellow at the University of Virginia’s Miller Center. By that late date, Trump’s fate should belong to the electorate.

Prakash isn’t sure the full House would produce the votes needed to impeach Trump. And he may be right. Or it could be that Democrats who oppose impeachment have as much chance of resisting as dandelions about to meet a lawnmower. They won’t resist if it’s primary political suicide.

The next question: Has Trump committed impeachable offenses? Almost every president from Richard Nixon on, Prakash noted, “has done something you could say was an impeachable offense,” such as abuse of power. The House could impeach Trump for bombing Syria, he gave as an example, but members won’t because they didn’t impeach Obama for the same action.

Because impeachment is a political, not criminal, enterprise, there’s enough combustible material in Robert Mueller’s report to start a fire. It doesn’t matter that he found no collusion between the Trump campaign and Russian operatives or that he could not say Trump committed obstruction. If they think they can get him, they will.

The challenge for Democrats at this point is to look as if impeaching Trump isn’t just an effort to overturn the 2016 election.

“They’ve been talking about impeaching him from the beginning of his administration,” Prakash noted. And at this moment, they don’t want to look as if they would use “any stick to beat a dog.”