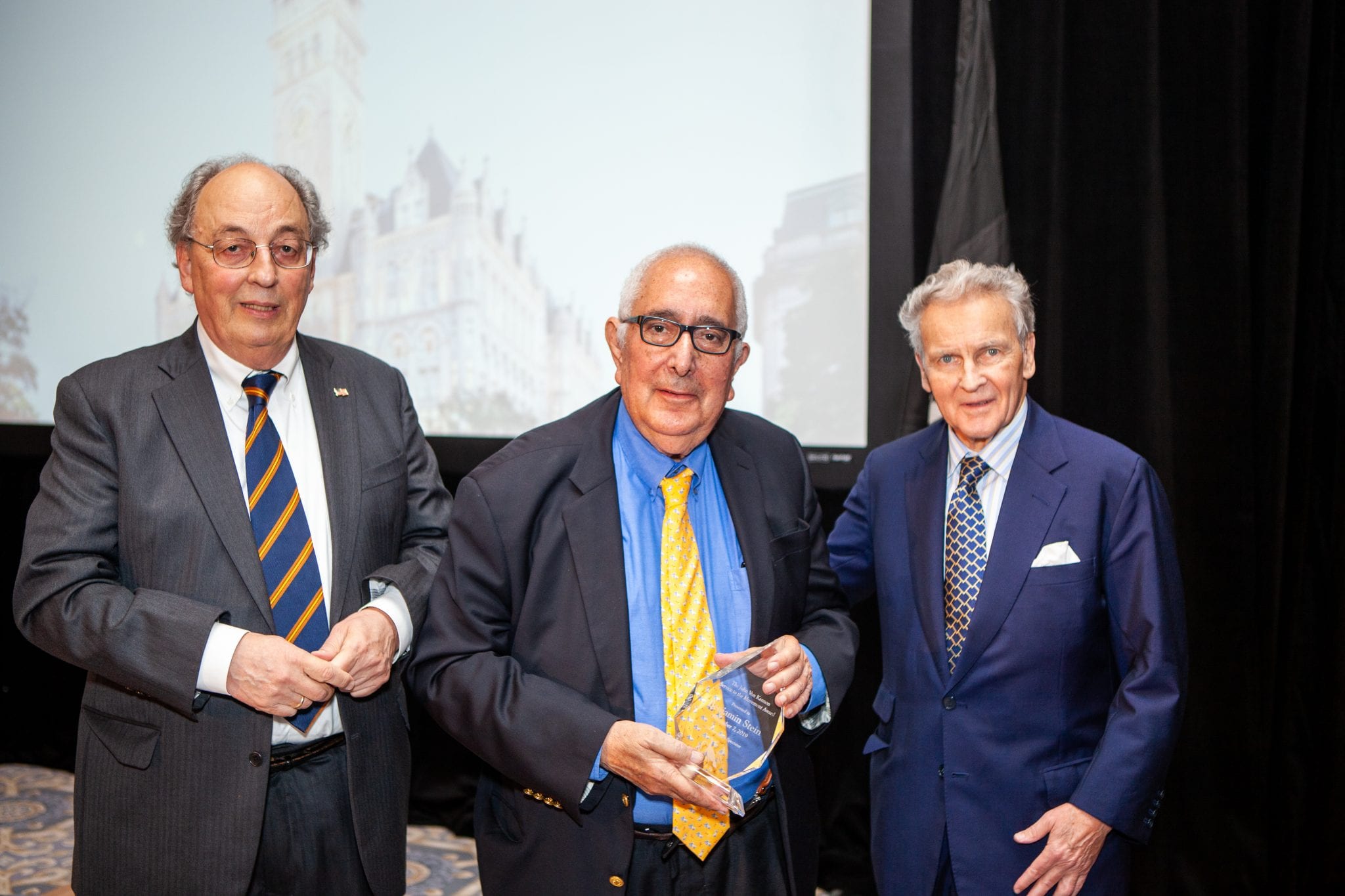 Let us begin our annual celebration of The American Spectator by reviewing where we stand today, with the Right (that is us) arrayed against the Left (that is them) in another glorious democratic contest to bring heaven to earth. 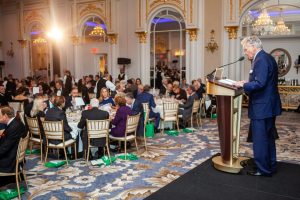 But first let me remind you of how right I was about the Mueller report of some months ago. I predicted last year at this gala that the report would include not a word about our blockbuster story of 2017. That was the story about how then–FBI Director James B. Comey was caught on White House surveillance cameras blowing his nose on the White House curtains. The American Spectator broke that story well over a year ago. The New York Times with its front-page story of May 17, 2017, verified it. Incidentally, the curtains, according to the Times, were “blue.” Yet in the Mueller report, true to my prediction, there was no mention of the soiled curtains and of Comey forgetting to bring Kleenex with him to the White House. Read the report for yourself. America is going through a dreadful period. It has got to come to an end.

One among us saw it all coming years ago, long before there was talk of a second civil war being visited on America. I was sitting with Jim Piereson, our board member and frequent contributor, at the Yale Club discussing the condition of politics in the Republic. Jim astounded me with the observation that conditions are such that we could have another civil war today. That was 2010, nine years ago. Today we hear talk of how intense partisanship has become, and I often remind Jim of his prescient observation: “There could be violence.”

And the violence crosses new frontiers. The Democratic National Committee recently had to call upon its candidates to refrain from using crude back-alley language in debate. A major news network had to insist that the candidates refine their oratory to abide by the guidelines of the FCC. Many of these candidates have been women — supposedly the keepers of American virtue. Think of it: the political stars of the #MeToo movement are discouraging sexuality between adults while introducing crude back-alley language in their pursuit of the presidency. Has anyone ever been elected to the presidency because of his fluency with four-letter words? I can tell you as an official presidential historian — remember my scholarly writings on the Clintons — that never in American history has the entire upper tier of one of our major political parties had to be cautioned against using gutter language. For that matter, I am sure that the Communist Party of the USA never had to issue such a warning to its candidates. George Wallace was innocent of even a hint of the language that the young Beto O’Rourke made his trademark until even he realized he was going nowhere with his dirty mouth.

What has gotten into the Democratic Party? My answer is that for over a generation the party has been cultivating the young by acting like the young. Now I am not saying that that notorious sore loser, Hillary Clinton, is acting like the young. Even the young are better mannered than Hillary. But certainly her husband has been acting like the young. At least until his heart gave out. He had been acting like the young and even acting with the young — acting rather lewdly with the young, I would say. Though to be honest with you, I always thought Bill and Monica made a cute couple. One sees them holding hands in the Oval Office, he looking deeply into her eyes. Call me a hopeless romantic, but I thought Bill was made for Monica. Another cultivator of the youthful look was Jean-Francois Kerry. Remember him pumping away on his muilti-gear racing bicycle until reality intruded, and he was carried away in an ambulance? Or wind-surfing off Cape Cod? Or riding the waves at Waikiki or skateboarding shirtless with his baseball hat on backwards? What about John Edwards with his drop-dead beautiful hair and his love child, or Al Gore jogging breathlessly down Pennsylvania Avenue in what looked like his underwear? And, of course, there was Anthony Weiner — he actually did wear his underwear. The Democratic Party has sought to be the Party of Eternal Youth, and it has become the Party of Eternal Immaturity.

Now of course this older generation of septuagenarians is about to die off, much as the old septuagenarians once died off in the Soviet Union. Even Nancy Pelosi will die off, and who will be her successor? Well, her successor has already announced herself. She is Congressgirl Alexandria Ocasio-Cortez, along with the other congressgirls who form what is called “the Squad.” If you look up the word “squad” in your thesaurus, you will find its synonyms include the following: crew, gang, band, cell, mob, outfit, and force. Those are words used by communists, fascists, and Nazis. Such words are rarely employed by Americans. What are the girls going to use their Squad for? Will anyone be hurt?

It looked for a while like the Squad had gained another foul-mouthed member, with Congressgirl Katie Hill from California’s 25th Congressional District. Her future is now in doubt, but for a while she was bringing with her the nudist vote, the recreational pot users’ vote, and a large chunk of the adult film industry. Now she is retiring as Congressman Anthony Weiner retired. Maybe in the future these two happy exhibitionists can share a podcast.

Obviously the Party of the Jackass is in pretty bad shape. It has brought us to this dreadful state. Before we do indeed fulfill Jim Piereson’s prediction, I think it is time for more Democrats to go the way of the Honorable Katie Hill — though I suggest they keep their clothes on.

The president has vouchsafed us a thriving economy, a healthy judiciary, and an increasingly regulation-free polity. As we have said before, so we say again: FOUR MORE YEARS, FOUR MORE YEARS. 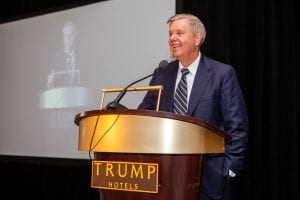 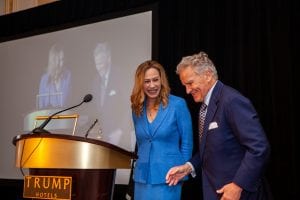 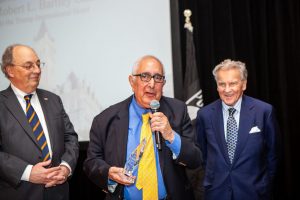 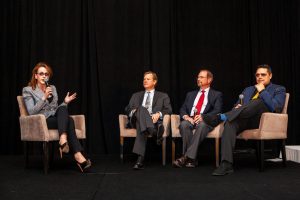 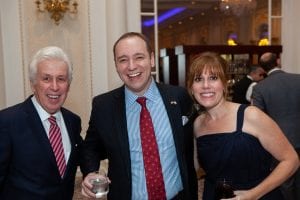 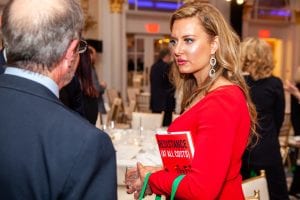 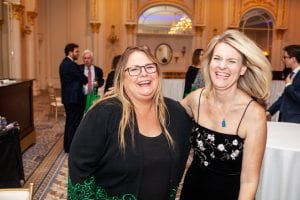 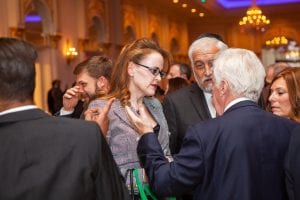 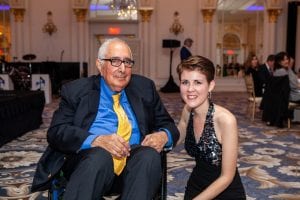 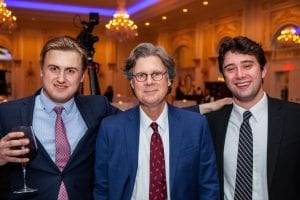 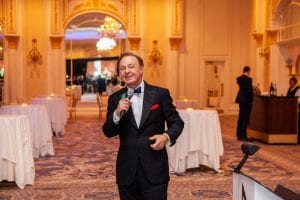