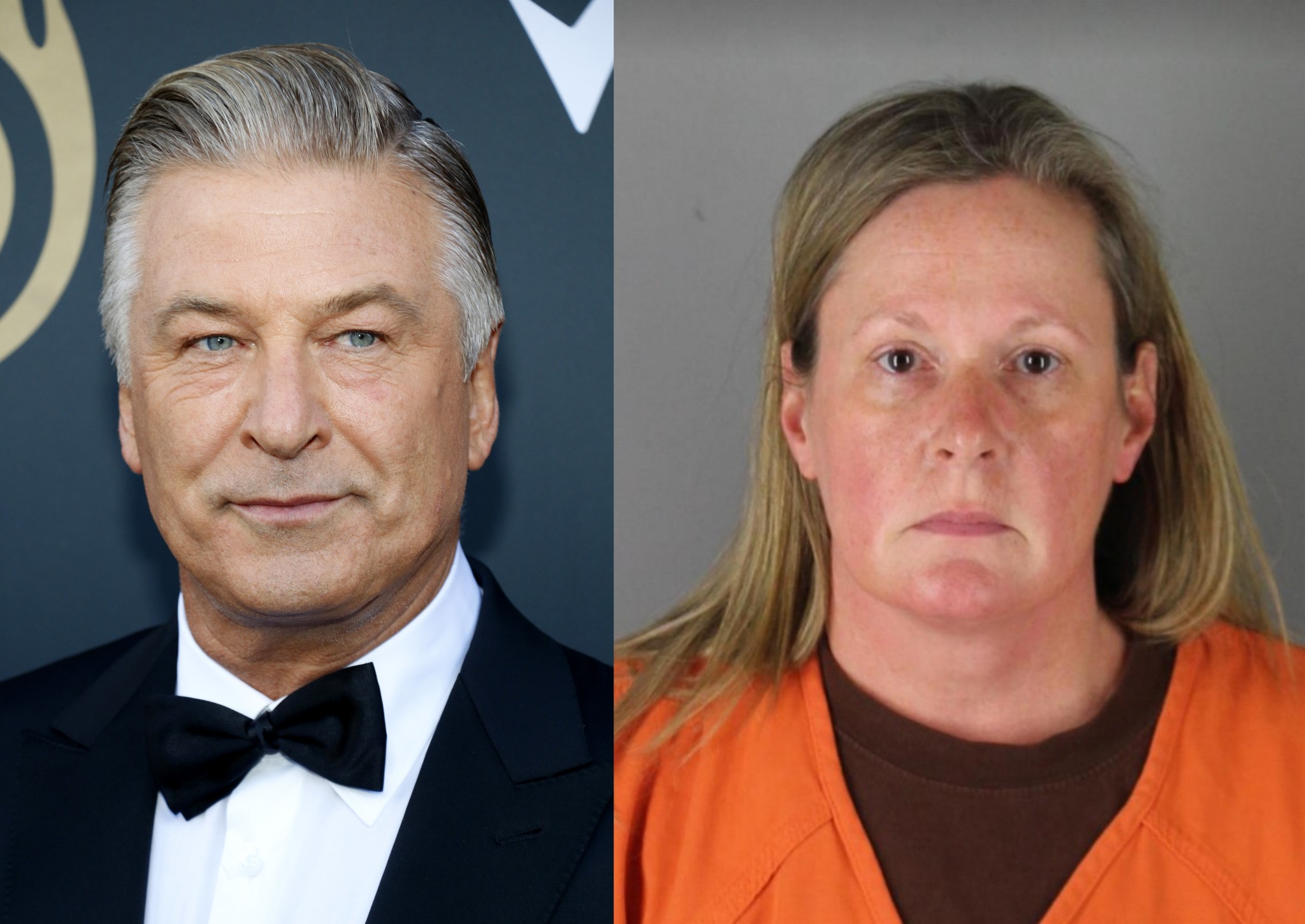 Actor Alec Baldwin and former Brooklyn Center, Minnesota, police officer Kim Potter have one major life-changing event in common: each accidentally shot and killed an individual. But that is where the commonality ends.

Although Baldwin has gotten some media blowback given his role as both shooter and producer, a good deal of the coverage has been sympathetic. Much of the blame has fallen on the teenybopper armorer, and some have even suggested a cryptic bullet swap by some unknown Trump supporter. To be sure, Baldwin will spend considerable time in court, more civil than criminal, but it is unlikely he will spend a night in jail.

After a few furious days in April 2021, Potter has received little media attention beyond Minnesota, almost none of it sympathetic. She is facing as much as 15 years in prison and, if Derek Chauvin’s 22-year sentence is any guide, she will likely serve a good chunk of it.

It was in April that Potter shot and killed 20-year-old Daunte Wright. Without intending, the Washington Post’s Kim Bellware explained in simple black and white why Potter has been treated more coldly than Baldwin. “Police claim Potter, who is White,” wrote Bellware, “mistook her service weapon for a Taser when she fired at Wright, who is Black.”

In the Post’s article on Baldwin’s lethal shooting of female cinematographer Halyna Hutchins, there is no mention of his or Hutchins’s race. Indeed, in no article that I reviewed was there a mention of a race for either the shooter or the victim. Conversely, in no article that I reviewed about the shooting of Wright were his and Potter’s race not mentioned. Of course, given the media preferred narrative, Wright is never “bi-racial,” always “Black,” this despite the fact that his much interviewed mother is White.

The Post article on Baldwin, like most that I have read, attempts to minimize not only Baldwin’s responsibility for the shooting, but also his very agency. Consider the following sentence: “How what should have been a safe prop gun ended up firing a shot that killed Hutchins, 42, and injured the film’s director, Joel Souza, 48, is now at the center of the investigation into a shooting that has sparked debate about safety on sets.”

It is not Baldwin who fired the shot, but the “prop gun.” The Post article on Potter puts the full weight of agency and responsibility on the police officer: “Potter pulled her Glock 9mm handgun and pointed it at Wright, saying repeatedly that she would use a Taser on him. Seven seconds later, Potter shouted ‘Taser, Taser, Taser!’ and fired the gun.”

There is one other stark difference between the two shootings — Hutchins did nothing to contribute to her own death. Wright did, but not until deep in the Post article do readers learn that Wright was less than saintly.

As the Post reports in the thirteenth paragraph, Wright had an outstanding warrant for a weapons charge. In the fourteenth paragraph, readers are told, “Body-camera footage released after the shooting shows Wright being searched outside the vehicle and then pulling away from the officers to get back into the car.”

What the body cam footage actually shows is Wright violently resisting a black officer who was trying to handcuff him before breaking free and attempting to drive away. In that frenetic moment Potter screwed up, and she knew it. On the video, she can clearly be heard yelling, “Taser! Taser! Taser!” followed by “Oh, shit. I shot him.” Wright then drove for several blocks before crashing his car.

In the Post article, there is no mention of handcuffs or the black officer’s race. The Post failed to mention as well that the police stopped Wright for driving a car with expired plates and only then learned of a restraining order that prohibited Wright from contact with a certain woman. The fact that Wright had a female passenger heightened the officers’ sense of urgency.

An emotional Brooklyn Center Police Chief Tim Gannon released the body cam footage immediately after the shooting and said the obvious, “This appears to me from what I viewed and the officer’s reaction and distress immediately after that this was an accidental discharge.” Gannon’s forthright response contrasts sharply here with the deceptive Capitol Police response to the fatal January 6 shooting by a Black officer of the White Air Force vet, Ashli Babbit.

Gannon’s candor did him no good. Wright was shot about ten miles from the site of the Derek Chauvin trial while that trial was in progress. Violent protests and random looting followed as night follows day. The mob had to be satisfied. Within days Gannon and Potter lost their jobs. In the weeks after the shooting, activists took their protest to the home of Washington County Attorney Pete Orput, who responded with a second-degree manslaughter charge against Potter.

Potter’s attorneys thought otherwise. On September 15, they filed a motion to dismiss the first-degree charge, denying that Potter acted “recklessly.” Citing case law, her attorneys note, “the State must prove that the defendant ‘commits a conscious or intentional act in connection with the discharge of a firearm that creates a substantial and justifiable risk that [s]he is aware of and disregards.’”

The attorneys note too that Wright’s intentions were “far from innocent.” Unreported by the Post was that Wright “sought to drag two officers along with him while they were holding onto the car that wasn’t his.” Potter, the attorneys conclude, “believed the use of a Taser was appropriate when she saw Mr. Wright’s abject denial of his lawful arrest coupled with his attempted flight. She could have shot him.”

Although Potter should have been better trained, she bears full responsibility for the shooting and has never suggested otherwise. That said, “The last thing Officer Potter wanted to do,” her attorneys argue, “was shoot Mr. Wright. That wasn’t her conscious attention.”

“I wonder how it must feel to wrongfully kill someone,” Baldwin tweeted self-righteously after a police shooting four years ago. Well, now he knows. Prosecutors could make as strong a case that Baldwin acted recklessly as they could for Potter, but Baldwin’s fate, for all the noise surrounding it, is an irrelevancy.

Potter’s is not. The severity of her treatment represents an anti-police trend, one that flies in the face of the Fourteenth Amendment. Doctors are allowed fatal mistakes. So, for that matter, are prosecutors. Cops increasingly are not. Like Chauvin, Officer Potter faces a lengthy prison term for the simple reason that she is White and the perp resisting arrest was something other.

On October 8, state prosecutors asked Judge Regina Chu for an “upward sentencing departure” in Potter’s case just as they did for Chauvin. Potter’s trial is set to begin November 30. This is the case that deserves the attention of the Right. Baldwin’s case is a sideshow.\