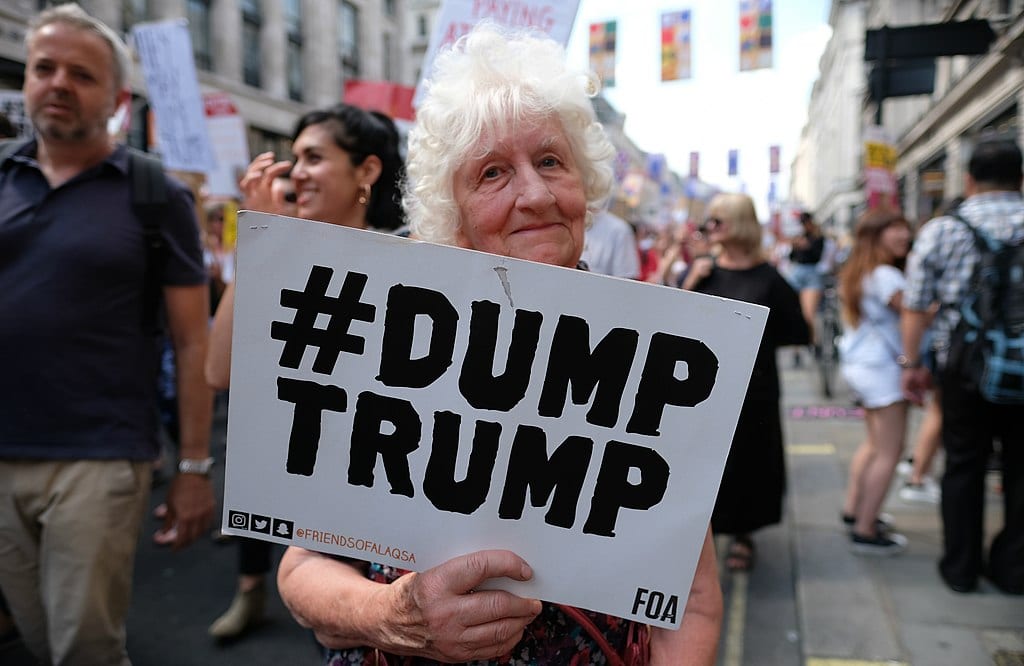 The left’s obsessions are as stale as ever. But they give liberals something to do during vacation: In the morning, they can open up the New York Times and read about Trump’s Vietnam-era “bone spurs”; in the afternoon, they can hit the cinema and watch a long movie about Dick Cheney’s “unitary” theory of executive power. No controversy is too musty for the left to relive.

Normally, liberals would cut a non-interventionist president some slack on a dubiously obtained Vietnam-era medical deferment. Not Trump. His withdrawal of troops from unwinnable conflicts and his overtures to enemies leave liberals decidedly unimpressed. Suddenly, they have turned hawkish — they now favor a perpetual presence in the Middle East — and forbid dialogue with dictators. Earlier this year they told us with great confidence that Trump’s irenic North Korean policy would empower Chairman Kim and loose him upon the world. Never mind that the North Korean crisis has disappeared from discussion for months. Where did it go?

Leave it to liberals to ding Trump not for starting wars but for trying to stop them. The subtext of the New York Times’s ludicrous all-hands-on-deck coverage of Trump’s medical deferment is that he is a chicken hawk — an odd story to run days after official Washington denounced him for bringing the troops home from Syria. But no matter; any stick will do against Trump. And so the Times assigned three reporters to smoke out the deceased doctor whose diagnosis of bone spurs in Trump led to his medical deferment: “Did a Queens Podiatrist Help Donald Trump Avoid Vietnam?”

The Times had to pose that question as the headline because, even after its substantial expenditure of resources, it still can’t answer it. The best the Times can do is enlist the Trump-hating children of the deceased doctor in a straining attempt to insinuate that the podiatrist committed an act of fraud in the hopes of receiving better rental treatment from Trump’s landlord father, Fred:

For 50 years, the details of how the exemption came about, and who made the diagnosis, have remained a mystery, with Mr. Trump himself saying during the presidential campaign that he could not recall who had signed off on the medical documentation.

Now a possible explanation has emerged about the documentation. It involves a foot doctor in Queens who rented his office from Mr. Trump’s father, Fred C. Trump, and a suggestion that the diagnosis was granted as a courtesy to the elder Mr. Trump.

The podiatrist, Dr. Larry Braunstein, died in 2007. But his daughters say their father often told the story of coming to the aid of a young Mr. Trump during the Vietnam War as a favor to his father.

The podiatrist’s daughters admit that they possess no detailed evidence to substantiate their hunch. Did their father fake up a diagnosis? Did he ever examine him? They don’t know and don’t seem to care, and before you know it the story is off to Dr. Braunstein’s motives for the still-yet-to-be-established fraud. His daughters, who acknowledge their disdain for Trump (“The daughters, both Democrats, say they are not fans of Mr. Trump”), don’t seem troubled by the dirt that they are tossing on their dad’s grave. To make Trump look bad, they are willing to portray their father as a fraudster willing to violate his oath for the sake of stabilized rent:

Dr. Alec Hochstein, who worked with Dr. Braunstein in the late 1990s, said the podiatrist had recalled over dinner with their wives how the Trumps had treated him well, including backing off from rent increases. Dr. Hochstein did not remember any discussions related to Mr. Trump’s medical exemption.

It is a pretty feeble and inconclusive story, but the Times, having spent so much time and money on it and figuring that a speculative smear is better than none at all, ran the story anyways. To paraphrase Dan Rather, who is still looking for George W. Bush’s Vietnam records, stories about draft-dodging Republicans don’t require detailed proof; they just need the feel of “core” truth about them.

In that spirit, Hollywood assigned Cheney’s biopic treatment not to a fastidious director but to the sloppy maker of Talladega Nights, Adam McKay, a former gag writer for Saturday Night Live. McKay has said that he took on the faded subject of Cheney and gave him a jokey treatment because he wanted to remind Americans of the “monstrous” Bush-Cheney years. Whether sending troops into war or getting them out of it, Republicans, from Nixon to Trump, can always count on Hollywood to make up a story pleasing to its biases, if the media doesn’t invent one first.