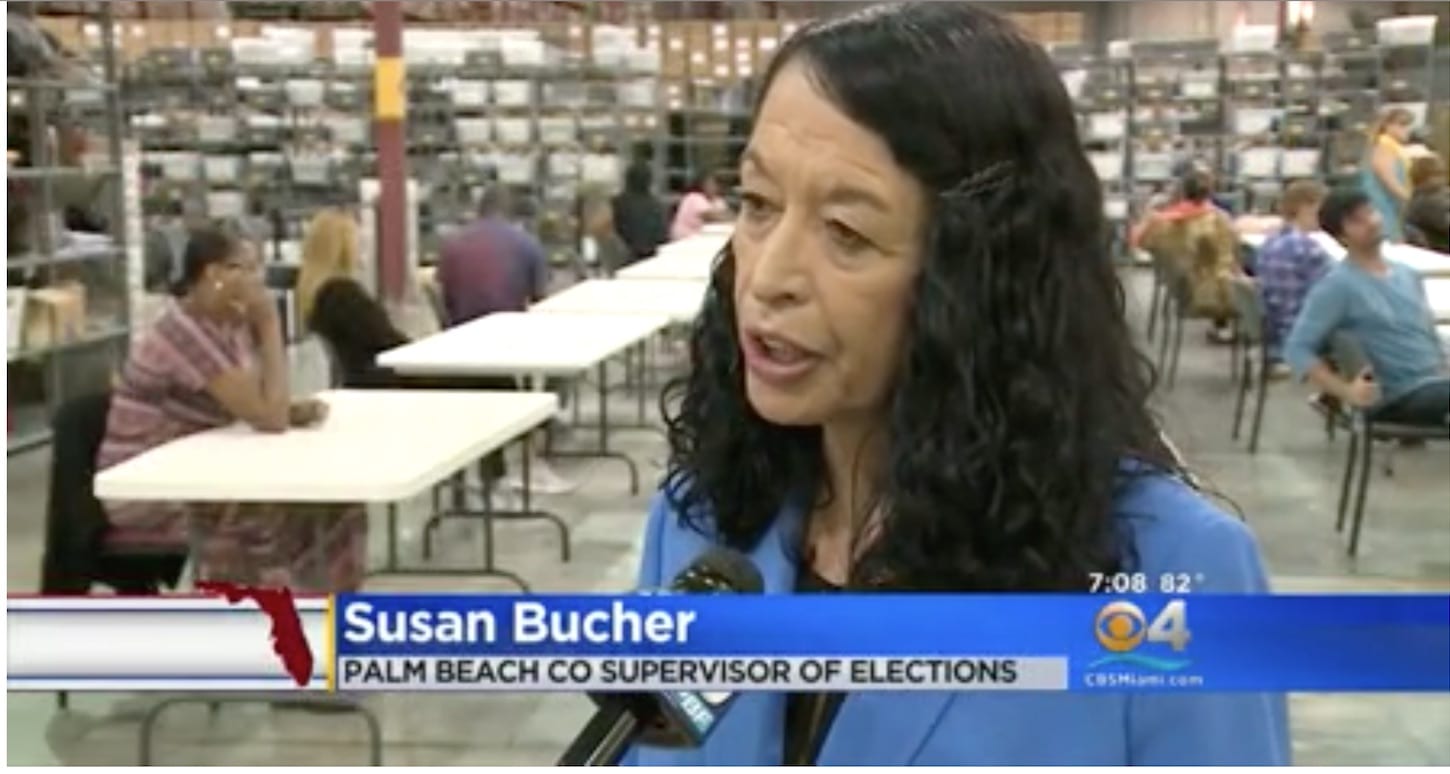 A transcript of a court hearing on the voting in Florida reveals a startling fact.

The campaigns of Democrat Andrew Gillum, the gubernatorial nominee, and Democrat Bill Nelson, the incumbent U.S. Senator are both demanding in a court hearing that the vote of a non-American citizen be counted. Gillum and Nelson lost their respective races to Republican Congressman Ron DeSantis and Governor Rick Scott.

As it stands at the moment, both Scott and DeSantis have the lead but are hemorrhaging votes as evidence piles up that local officials are playing games with the recount.

The one-page transcript of the Court hearing says the following:

BUCHER: Denial, not a U.S. citizen

JUDGE BONATIVA: First one of these we’ve seen.

BUCHER: Not a U.S. citizen; not counted.

The names on the transcript have been identified as Palm Beach County Supervisor of Elections Susan Bucher, County Judge August Bonavita, Nelson attorney Jack Scarola. I’m unable to discover the first name and title for “Gonzales” but presumably she is representing the campaign of Gillum.

To be clear, this isn’t about double-votes or newly discovered votes. This is about Democrats demanding that the vote of non-American citizens be counted.