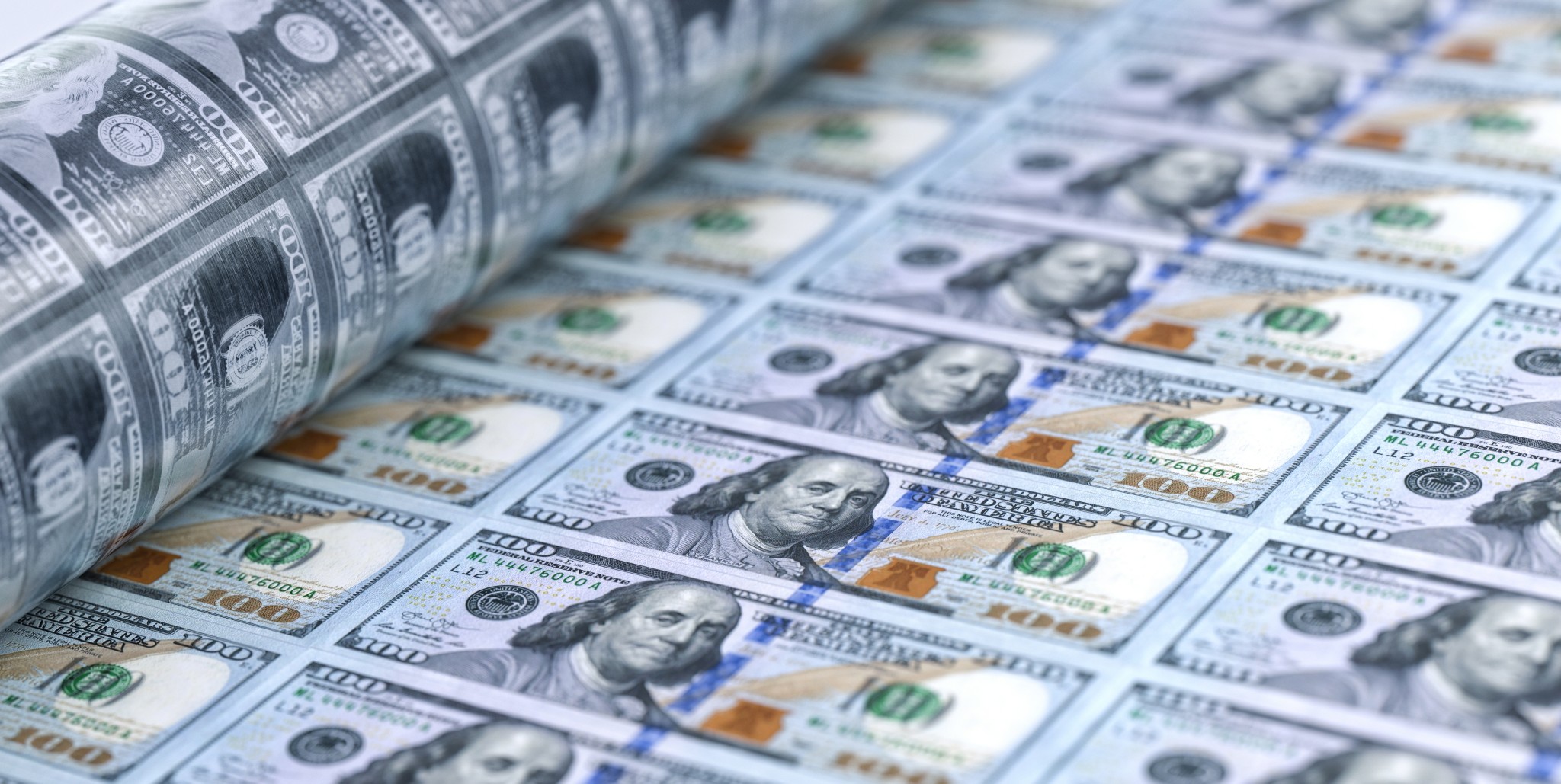 And not just because we’re importing the Third World at record rates. We might be in a situation where untrammeled low-skilled immigration from some of the worst places on earth isn’t even making for economic malaise, so bad are the policies governing our economy.

The U.S. economy contracted in the first three months of 2022 as the economy was battered by a surge in Covid-19 cases from the Omicron variant, ongoing supply chain problems, surging fuel prices, and a flood of imports.

The Burea[u] of Economic Analysis said on Thursday that Gross Domestic Product decreased at an annual rate of 1.4 percent in the first quarter of 2022. Economists had expected the economy to grow 1.1 percent, so this was far worse than expected.

Private inventory investment, exports, and government spending fell in the first quarter. Imports, which are a subtraction from GDP, surged.

Personal consumption expenditures and real estate spending increased, suggesting that despite the slowdown in growth there was no let-up in inflationary pressures. That raises the danger that the economy is heading toward stagflation, where growth lags below trend and inflation remains above trend.

This, economically, is Jimmy Carter’s second term. It officially marks Joe Biden as the man who brought the 1970s back (but without the music).

The consequences must be severe. Let there be no mercy this fall.

2. Elon Musk and Twitter, Donald Trump, and the White House

At my site yesterday, I did something on the Twitter takeover and how reminiscent it is of 2016…

Musk is going to be villified and attacked just like Trump has been. The difference is that many more people have awakened to the rot which exists among our privileged elite and afford them far less credibility.

But the fight will continue. The ruling class has too much to lose to just give up. It’s going to get dirty from here.

There are people out there noting that Elon Musk is a fairly heterodox conservative hero. To which I’d respond that so was Donald Trump. Don’t look a red-pilled gift horse in the mouth, which does not then mean you have to idolize him.

Elon Musk is who he is. He isn’t perfect, but he’s a capitalist who legitimately believes in the principles of the American Revolution. That is enough — both to think warmly of him and for the other side to turn on him as viciously as they did on Trump when he professed his affinity for America as founded.

3. Everybody Hates The Democrats

Congressional Republicans now have a 10-point lead in the generic ballot test ahead of November’s mid-term elections, according to a new poll from The Federalist and Susquehanna Polling & Research.

The new poll found that 49 percent of likely voters would vote for Republicans if the elections were held today, versus just 39 percent who said they would pull the lever for the Democrat candidate. In a previous poll released by The Federalist in February, Republicans had a 47-41 lead in the generic ballot test. Additionally, the new poll found widespread support for anti-groomer laws and Elon Musk’s Twitter takeover bid and widespread opposition to attempts to force female athletes to compete against men who claim to be women.

Sure, you can say that this is a Republican poll. It is. But for the Democrats to be below 40 in a generic ballot?

We’ve talked about this, but you’re literally watching the potential end of that party. And don’t laugh — the Democrats are well overdue for a denouement. That is the longest-running political party since the inception of human civilization, so from a historical perspective, it’s far past its sell-by date.

How does it end? Well, it’s simple — should there be the kind of blowout wave election this fall that people are discussing and that these polls project, what’s going to be left of the Democrats in Congress and state legislatures will be people like AOC, Cori Bush, and Ed Markey.

Whack jobs. Who come from homogenous places without competitive electorates. Because all of the people who have to run as “moderates” or “centrists” with D’s next to their names will have been swept out of office in the maelstrom coming in November.

So the Democrats try to do an after-action analysis, and the old-school party activists will say, as James Carville has been saying for more than a year, that this woke stuff is poison.

But the AOCs of the world, echoing the Muslim stand-up comic community, will dispute their findings, claiming that the centrist types are the ones who can’t win and that what the D Team needs is more cowbell.

It’s the wrong lesson, but then again it’s the one the Democrats who didn’t get pounded in the fall will take from the midterms.

They’ll win the argument, and they’ll become a rump gaggle of leftists incapable of winning national races as the centrists go their own way.

That sounds fanciful. But if all you can garner on a generic congressional ballot is 39 percent, it’s not out of the question at all. Survival is going to be the Democrats’ goal very soon, and it’s going to be a big change from where they’ve been.

4. Bosch Is Worth Watching

This column tends to be rather impolite toward Hollywood offerings, and no apologies are offered for this fact. On balance, Hollywood deserves its Bronx cheers from this quarter and many others.

But a couple of weeks ago, a friend convinced me to begin a binge the Amazon Prime series Bosch, which is based on the Los Angeles cop novels by Michael Connelly starring the famous Hollywood homicide detective character, and I’ll give credit where it’s due.

Bosch is excellent. The series is relatively true to the books, though the accouterments of the stories were updated just a bit to reflect a more current tableau against which it plays out, and Titus Welliver is tremendous in the role of Hieronymous “Harry” Bosch, the sad-faced Hercule Poirot of the American murder mystery genre.

In each season of the series, Bosch works his way through multiple murder investigations, struggling to clear cases despite interference from dysfunctional local and departmental politics, various bureaucratic stupidities from the federal government, and sometimes his own demons or those of his partner, while staving off personal disaster arising from the misfortunes of those around him. Bosch is a tragically sad character, having lost his mother (who was a prostitute) to an unsolved murder at a young age and wading through the horrors of foster homes and orphanages as a child. From those experiences, he emerges as loving, conscientious, and empathetic, while at the same time tough as boot leather.

It isn’t a particularly conservative show, but it’s certainly not woke and it refuses to delude the viewer as to human nature. Bosch is solid entertainment reflecting real moral values, and it largely speaks the truth about the human condition. It’s a triumph and well worth your while.

5. The Johnny the Walrus Triumph

Give Matt Walsh of the Daily Wire credit. He’s won.

Walsh, who’s been a fearless conservative pundit for years and has risen without any support from mainstream corporate media, took a dive into children’s literature with something which should have been about as inoffensive as you could imagine and still managed to get himself canceled.

If you don’t know what we’re talking about here, let’s introduce you to Walsh’s new book, Johnny the Walrus…

The book is about a kid who thinks he’s a walrus and his weak progressive mom who lacks the sand to stand up to his childish whims and tell him he isn’t one. Mom attempts to raise her son as a walrus but fails, and ultimately Johnny begins to realize he’s human, not a walrus, and acts accordingly.

This is, of course, a metaphor for transgenderism, and the point it makes about the utter dysfunction of the trans movement is quite clear.

Amazon’s employees are beyond clownish in their disapproval, and it’s nothing short of hilarious. Walsh is proving how easy it is to discredit them.