Dean Obeidallah isn’t exactly the Obi-Wan Kenobi of the Democrat Party. It would be a good thing — for the Republican Party — if he was.

You probably don’t know much about Obeidallah. He’s one of those media figures who keeps popping up, though it’s often difficult to figure out why. Obeidallah, who’s half Palestinian and half Italian and 100 percent New Jersey, used to be a lawyer. Then he wasn’t. We don’t know why, though it sounds like it wasn’t his idea. He’s been attempting to make it as a stand-up comic for the past few years, trading on the fact that he’s a Muslim comedian.

So far as we know, there isn’t an enormous demand for Muslim comedians, but whatever.

But Obeidallah has managed to get himself onto the tube, mostly as a commentator at MSNBC. He used to be one of the go-to people when the insane Melissa Harris-Perry had a show there; now he finds his way onto Joy Reid’s show as a contributing talking head here and there. Obeidallah also has a radio show on Sirius XM and a column at the Daily Beast.

And CNN, apparently anxious to get in on the Muslim comic action, has given Obeidallah a column.

What’s found in that space isn’t all that often the best political and social commentary. A few highlights of the Word of Obeidallah…

His Twitter isn’t much better. You can find it yourself; we won’t subject you to the endless supply of drivel that resides there. For all the volume of his squawking on that app, though, you’d think he’d have generated more than a mere 9,000 followers (I haven’t used Twitter in several years and wasn’t all that active to begin with and I’ve got half that many).

So yeah. He’s a nobody. But you should want him to be a somebody. If you’re a conservative who wishes the worst possible fortune for the Democrats, that is.

Why? Because Obeidallah just said the road to political nirvana for the Democrat Party is to get even more woke and to run on how terrible Republicans are. And CNN featured that column on its site Monday morning.

Some in today’s Republican Party are trying to ban abortion, books they find objectionable, Black history from being taught fully, transgender teens from playing sports, and discussions of sexual orientation in schools, and now they’re even going after Mickey Mouse.

So… yes on trying to ban abortion, but only at the state level — blue states will still be killing babies, probably at an even bloodier level than at present. And “banning books” is an interesting way to describe trying to eliminate child pornography from school libraries. Going after critical race theory is not an effort to ban a “full” teaching of black history, though sky-screamers like Obeidallah might think it is.

Yes, stopping men from invading women’s sports is a real thing. No, it doesn’t mean trans people can’t play sports — it just means that if you’re a dude you have to compete with other dudes. If you’re not good enough to do that, you don’t get to treat the girls’ team as a junior varsity. And most people, even most Democrats in Florida, say that talking about sexual orientation with 5-year-olds is a creepy, abusive, and unacceptable thing that normal people don’t do. 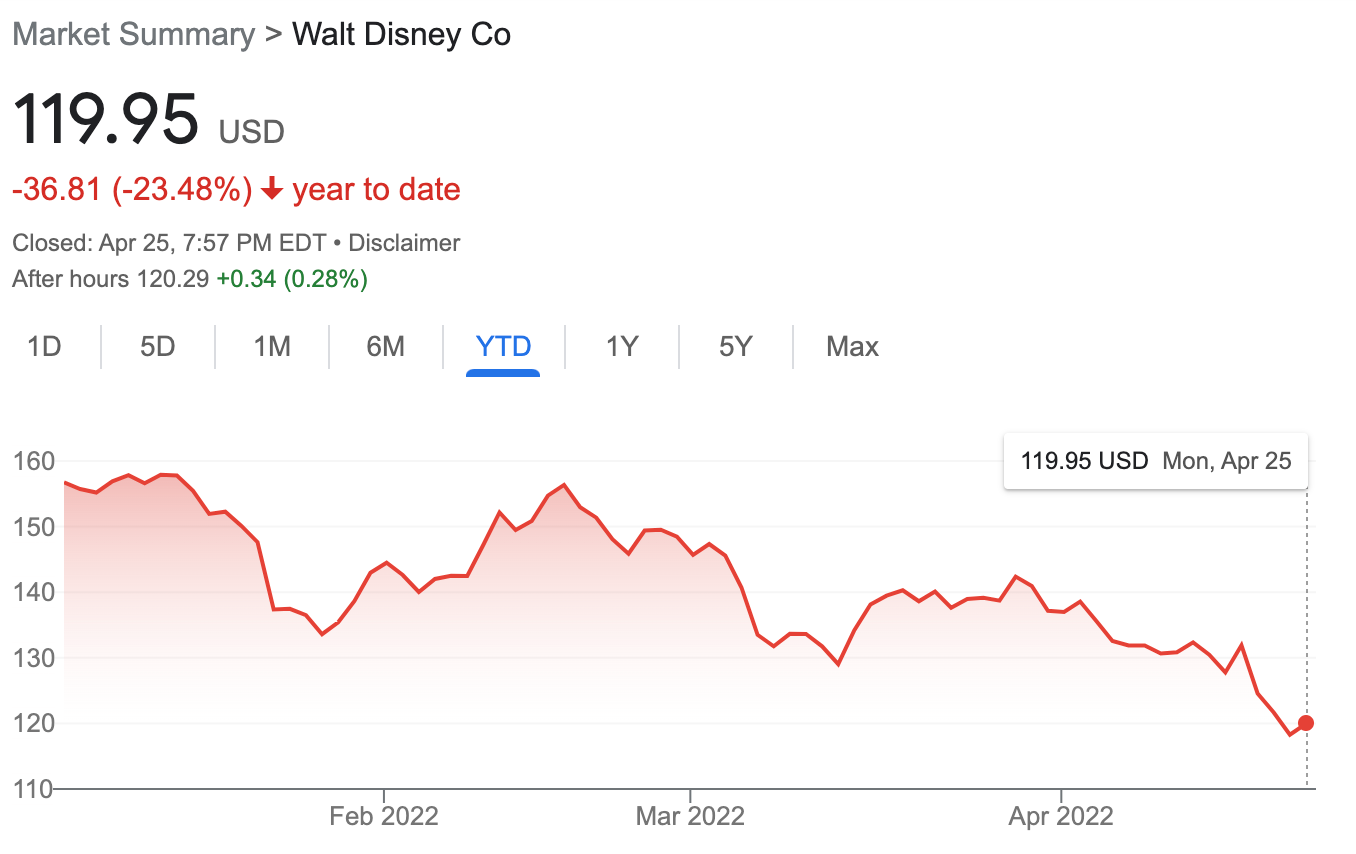 Yet Democrats say they plan to make the 2022 election about “kitchen table issues.” At this rate, Republicans may seek to ban kitchen tables – or at least punish companies that make them if they espouse what the GOP calls wokeness.

The incumbent President’s party traditionally loses congressional seats in the midterm elections. But 2022 is unique. Some in the GOP are waging a coordinated effort to impose their radical, right-wing beliefs upon Americans. The Democrats should make the 2022 election a referendum on the GOP’s extremism.

On Friday, Florida Gov. Ron DeSantis signed a law to punish Disney for daring to speak out in opposition to the GOP’s recently enacted anti-LGBT legislation that critics dubbed the “Don’t Say Gay” law. DeSantis has taken a page from the playbook of people such as Russian President Vladimir Putin by using state action to punish corporations that dare defy him.

Is comparing DeSantis to Putin part of Obeidallah’s stand-up act? It’s hard to tell. That’s the kind of line Stephen Colbert would belch forth onto the late-night airwaves and get applause rather than laughter for it.

Yeah, probably. And attacking DeSantis is problematic because he’s really pretty good at explaining why he and Florida’s legislature do the things they do.

Beyond making 2022 a referendum on Republican radicalism, Democrats should also embrace being woke. After all, what would you call people who ended slavery and Jim Crow, championed the 19th Amendment ensuring women had a constitutional right to vote, protested leading to the passage of the 1964 Civil Rights Act and the 1965 Voting Rights Act and more, all in an effort to perfect our nation? They were woke.

The dearly departed Martin Luther King Jr. could now perhaps power an electric generator at the suggestion that he was “woke” in the same sense people like Obeidallah define it in 2022. In fact, most black Americans I’ve talked to are more than a little irritated at the idea that people are oppressed and discriminated against the way blacks were before the civil rights movement scored its victories.

But maybe those black Americans are just bigots for opposing the trans crowd’s attempts to glom on to King’s legacy, right?

And surely the Hispanic and Asian vote will stick with the Democrats’ cultural agenda of nonstop victimization and excuse-making for social and economic failure, right? Immigrant communities love hearing that the country they’ve chosen to come to is oppressive and unfair, and that they’re part of the problem if they don’t accept critical race theory, intersectional feminism, and transgender activism as the wave of the future.

That’ll play really well. But you do you, Dean. Hopefully all those midterm candidates agree.

Democrats should frame wokeness as people who have pressed for equality and progress. Contrast that with those in the GOP who want to take the United States back to a time where women didn’t have reproductive freedom, books were banned and worse.

Yeah, nobody thinks that. One reason everybody hates the woke is that they associate them, rightly, with political intimidation, cancel culture, and censorship. Trying to sell the GOP as the enemy of freedom? Go for it, and let’s see what the public thinks.

I’m not saying Democrats should ignore “kitchen table issues” – especially given that inflation has a real impact on people’s lives. But there’s no easy way to address that issue. There is when it comes to extremism.

There’s no easy way to address that issue when you’re as completely clueless and non-credible as Democrats are on economics. If you do have a clue, and you have credible expertise on economic issues, it’s actually pretty simple — every single hard-left policy the Biden administration and the Pelosi-Schumer Capitol Hill cabal have been pushing since the 2020 election has done damage to our economy by making it harder for producers to produce, and because there’s too much money (again, a product of stupid federal policy) chasing too few goods, you have the closest thing to runaway inflation that America should ever see.

People get that because it’s obviously true. And it’s hard to gaslight them and lie about it when they can see with their eyes what the effect is. So yeah, Dean, there’s no easy way to fleece the marks now that the con has been exposed, and you’re right that “kitchen table issues” aren’t good for the Democrats this fall. When the only way to stop inflation is to jack up interest rates, put the federal government on an austerity plan, and trigger the economic recession that was inevitable the minute you blew up the domestic energy sector, it makes for a bad messaging environment.

So calling the other guy names is your fallback. Who didn’t see this coming?

Many of today’s Republicans are not just talking about punishing those who defy them; they are enacting laws that do just that. Democrats not only have a winning political argument but an obligation to stand up against such an onslaught. They may be the only thing standing between us and tyranny.

They’re only learning how the game is played the Democrat way. They’ve seen how our cities are run. Nobody has done anything to Disney which is even a fraction of what’s been done to Hobby Lobby, Chick-fil-A, or any of the other conservative businesses in the marketplace; did you think there wouldn’t be an equal and opposite reaction to your own aggressions in the corporate sphere?

And here’s the thing: nobody cares about the problems of woke corporate America. CNN had to dump its moribund streaming service and the public let out derisive guffaws at the news. Netflix is tanking subscribers and stock price and people are dunking on them for what wokeness has done to their business model. Nobody cares about Nike, Gillette, Coca-Cola, Delta Airlines, or any of the other poorly run corporations who ignored Michael Jordan’s famous wisdom that “Republicans buy sneakers, too.”

And Dean Obeidallah thinks that the blowback against Disney is somehow extremism voters will punish the GOP for this fall?

What’s funny is Dean Obeidallah not long ago was exhorting people to cut the cord and dump their cable subscriptions because basic cable prices include money that goes to Fox News. Now he thinks it’s “extremism” for the other side to engage in the same kind of chicanery.

Hopefully his column convinces the whole Democrat Party that he’s onto something. I’m sure it’ll work out really well if they take his advice. Maybe not quite like he expects, though.