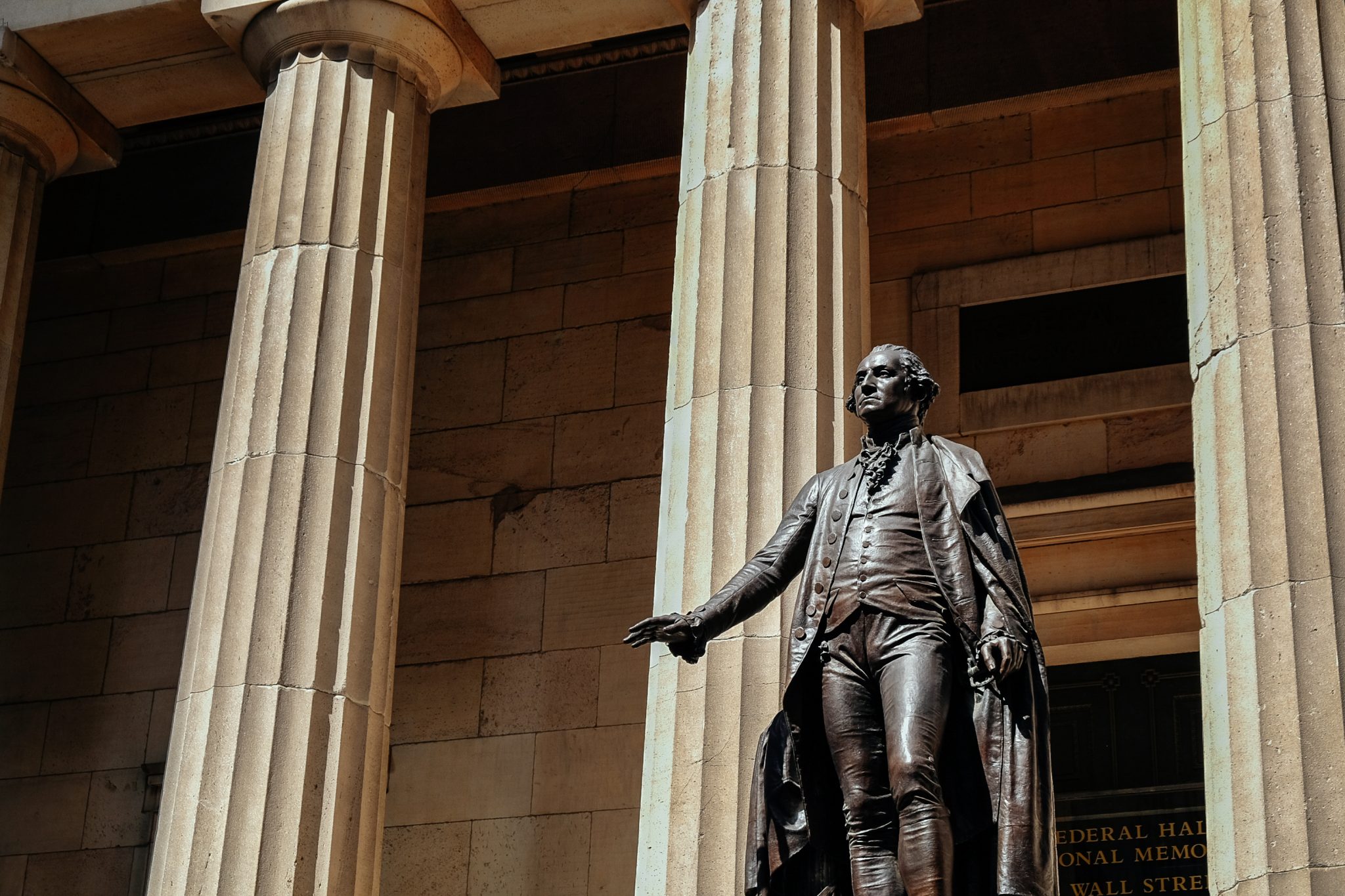 First Principles: What America’s Founders Learned from the Greeks and Romans and How That Shaped Our Country
Thomas E. Ricks
(Harper, 416 pages, $23)

The next time I start a college, I’d like to hire Thomas E. Ricks as the provost. Even before Ricks wrote his excellent new volume First Principles, he would have been a strong choice to direct the academic priorities of a university. Few writers have proven themselves as attuned to the idea that the end of a liberal education ought to be preparedness for the duties of citizenship and statecraft. His twin biography Churchill and Orwell (2017) demonstrates the value of a classical education in politically treacherous times. Ricks shows how two contemporaries, a man of the right and a man of the left, articulated a shared and morally unambiguous set of cultural sensibilities and notions of governance that fortified the Anglo-American sphere against the temptations of fascism.

Ricks regards himself as living in analogous times. The starting point for First Principles was the 2016 presidential election, an event that clearly disturbed the author. Ricks presents himself as something of a modern-day Henry Adams in this book, befuddled by both the populist insurgency on the right and the reheated enragés who make up the most visible manifestations of the modern Left. Part of me wonders if this casus belli for the book is a bit of a put-on. The themes that Ricks pursues in First Principles — namely, the importance of classical notions of virtue, limited government, and citizenship — are just downstream from the intonations on moral courage that animate Churchill and Orwell. Either way, the least interesting parts of this excellent book are his ruminations on the present. He concludes the book with some brief wand-waving — suggestions for getting the country back on the straight and narrow set forth by the Founders and their Greek and Roman forebears. The best of his suggestions are more aesthetic than policy-specific, aimed primarily at remaking the contemporary political vocabulary to include old-fashioned notions of the public good and virtue. Yet many of his suggestions come off like melancholy gestures of opposition to contemporary political culture. There is nothing novel in this sensibility; world-weariness is a dime-a-dozen at the moment and always in ready supply among the chattering classes.

First Principles is a story of the Founding Fathers’ political education, namely the ways that the first four presidents learned about statecraft from the great thinkers of antiquity. Ricks asserts that his book is the first to wade into the schooling of the Founders in such detail, and I have no doubt that he is correct. To get a handle on their respective classical influences, Ricks undertook a four-year study of Cicero and Cato, Pliny and Plutarch, Plato and Aristotle. He read both the original texts by the Greek and Roman authors and secondary works of 18th-century philology that were read by the leaders of America’s revolutionary generation. He also spent a fair amount of time matching up the personal writings of the first four presidents against the Greek and Roman authors that inspired them.

Given the paucity in the 18th century of recent examples of self-government, the likes of Washington, Adams, Jefferson, and Madison called upon the Greeks and Romans for practical and imaginative examples of creating and managing a polis. The first four presidents, like all learned men of the day, received an education steeped in philology and the mastery of Greek and Latin (Washington, the only non-college man among them, received somewhat less than the others). The laundry list of Enlightenment thinkers you’ve always heard about influencing the Revolution and the Founding certainly did. Baron de Montesquieu’s The Spirit of the Laws and John Locke’s Two Treatises of Government had a profound influence on the shaping of state and federal governments. But Ricks makes a persuasive case that most of the Founding Fathers saw their more recent influences as mere dwarves on the shoulders of giants.

In the person of George Washington, Ricks found “The Noblest Roman of Them All,” to borrow one of the chapter titles. Despite his relative lack of formal education, Washington modeled his public persona after the aloof yet self-sacrificing Cato and adopted the rope-a-dope, wear-down-your-opponent military tactics of Fabius. Ricks traces the profound influence of Cicero on Adams, who counted the Roman orator as his intellectual father. In a possible case of self-fulfilling prophecy, Adams, like Cicero, was known simultaneously for his quick wit and ill-temper. Like Cicero, Adams regarded himself as a bulwark against the collapse of the Republic.

Jefferson, the only one of the first four to prefer the Greeks to the Romans, cited Epicurean imperatives as shaping his political and aesthetic sensibilities. This can be seen most explicitly in the Declaration of Independence. “Life, liberty, and the pursuit of happiness” could well be short-hand for Jefferson’s understanding of Epicurus’ philosophy. The Romanticism evident in Jefferson’s thinking contrasts greatly with Madison’s focus on classical institutions. At the College of New Jersey (later renamed Princeton), Madison delved into the work of Montesquieu, himself a student and scholar of the Roman Republic. Montesquieu proved a gateway to Madison’s lifelong interest in constitutionalism, both ancient and contemporary.

Ricks is never blind to the shortcomings of the classicism that shaped the Founders’ thinking. He finds their vehement opposition to “factionalism,” by which they meant party politics, untenable in a republic where loyal opposition proved to be essential to the checks and balances of governance. Ricks points out explicitly that their expectation of self-restraint among those in power was challenged almost immediately by aspirant demagogues in colonial and early republican governments and the military. He is particularly down on Aaron Burr. Ricks superimposes his view of Trump on Burr, presenting him as ambitious, crass, and hungry for power. Unlike many contemporary authors, though, Ricks does not seem entirely enchanted by Alexander Hamilton, whom he presents as self-aggrandizing and insubordinate despite Hamilton’s many talents.

The author is particularly strident in his recognition that the Founders were tragically mistaken on the question of “human bondage” — their acceptance of slavery as part of the inherent social order.  There is significant scholarly pushback on this point, dating back to James McPherson’s classic Battle Cry of Freedom, which asserts that Lincoln himself saw in the Founders’ actions a hostility towards slavery. Nevertheless, Ricks asserts that this sensibility helped to enshrine slavery in the nation’s Founding, leading to a horrific reckoning eight decades down the line in the American Civil War. There are clear echoes of Lincoln’s second inaugural throughout this book, as Ricks sees the Founders’ unmistakably misguided views on the issue as casting a continuing shadow on the nation.

If your sweetheart is a student of republican governance, might I suggest Ricks’ book as a gift for St. Valentine’s Day. Beyond the pleasure and edification it offers on every page is a blueprint for further learning and civic engagement. First Principles is distinctly timely in its summons for public-spiritedness and timeless in the way it presents the features of classical republican virtue.