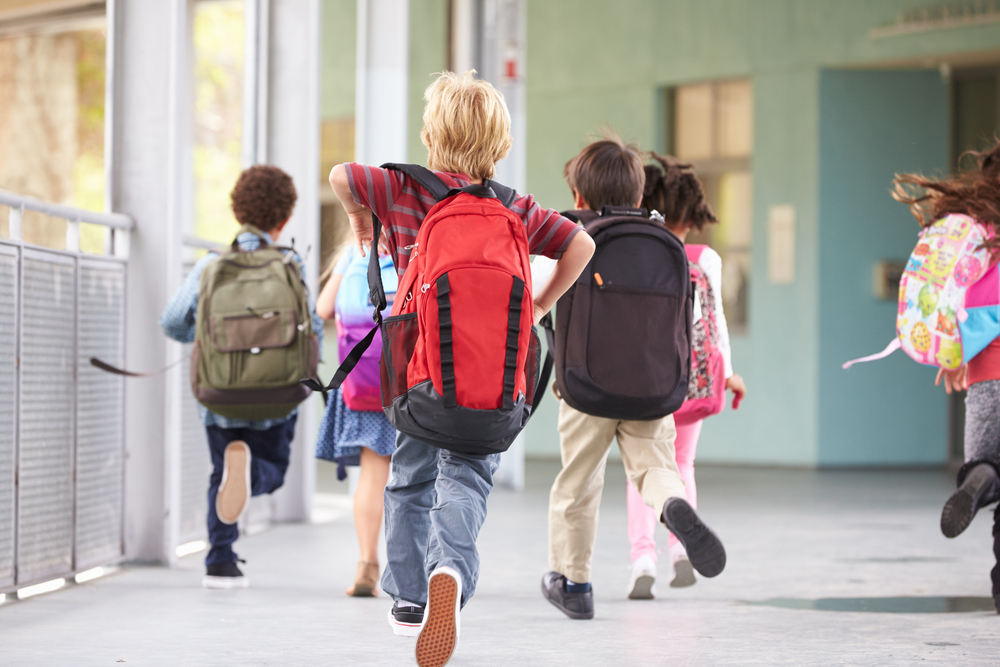 It’s been a while. The aroma of laminated book covers. The smell of print. Margins of infinite white. Each page crinkling anew. Shiny metal pencil cases. Cream-colored erasers. Sharpened pencils and virgin notebooks. Night falls early, sports programs return to the radio, and nerves go on edge all around the city. Honey light bathes the buildings, sea mist with shy drizzle, and the constant pulsing of the metropolis is full of gold-skinned early birds. Restless traffic, bustling buses, hurried neighborly hugs mark the reunion. Not a single summer photo resides in memory.

September was a stirring opening song, a new program on television, and a school uniform folded in the hall, with the stitching awaiting the long end of the trouser bottoms. Waiting at school, arms folded, boys still sadly free, and the push and pull of hardworking teachers preparing every detail of the new year’s impending school performance.

We would look at the books of the new subjects with reverence. As if observing some ritual, we would open their pages slightly and read odd parts with disdain, so as not to reveal any secrets that should remain hidden until months later, when the teacher announced that it was time.

The purest fear of the child, the fear of novelty in the return to the classroom. A sweet, intriguing, renewing fear. The new teacher (what will he or she be like?), the old friends (have they changed?), the schedules, the ups and downs and transfers, the rules and demands, the expected collusions in the corridors. And a painful and sobering realization: Nothing will be in the same place as before the summer. Nothing will be the same. Law of childhood life. We knew it. We suffered it. And, fortunately, we learned it, and life would later prove it a thousand and one times, far from our little school laboratory cupboards.

I am overcome by melancholy as I refresh that instant in my memory. The eternal arrival of the day we went back to school, with the corpse of summer hidden in the attic at home. Nothing was as decisive as that first day, full of innocence and discipline. Nothing so relaxing. Routine devours summer eccentricity, and that, at last, was a relief for the little dreamers that we were, capable of making the vacations a roller coaster of experiences; nothing further from the ordinary.

And then, maybe only then, for a moment we would discover another lesson: pleasure in order. A very strange lesson, an exotic but real pleasure. From summer chaos to a firm schedule, from spontaneity to uniformity, from exhilaration to calm, from solace to effort. Soon we would get tired, of course, but those first days were light for the soul, full of good intentions but, above all, full of hope. The same hope with which Mom and Dad — pride and compassion — watched our wandering sleepily from the breakfast table to the threshold of the classroom on opening day.

We played at recess wanting to show off how much we had learned on the beach. And we would tell each other our August experiences with a certain reluctance. And we would catch ourselves often chatting with classmates at whom, a year ago — an eternity in childhood — we would not even glance. Nothing was the same. (READ MORE from Itxu Díaz: Resolutions for the New School Year)

We were impressed by the thunder in the math teacher’s voice, we were amazed by the old history teacher who only taught senior year and now deigned to share his wisdom with us, and we rejoiced as we crossed ourselves again in the chapel, at the feet of the same Virgin who had protected us with her mantle from the storms of the previous year, every day, every hour.

Nothing was the same, yes, but everything was in its place. The routine, from summer contemplation to school action, was eternity’s teaching. Every little experience was a spade in the earth of ages, a pinch of the intellect, and a sign in the heart. Even today, each and every one of the children who were, we still tremble and shudder at the return to school when we see ourselves reflected in the children who are, today, beautiful and clean souls that perhaps can be saved from the widespread and expansive rot of adult humanity.