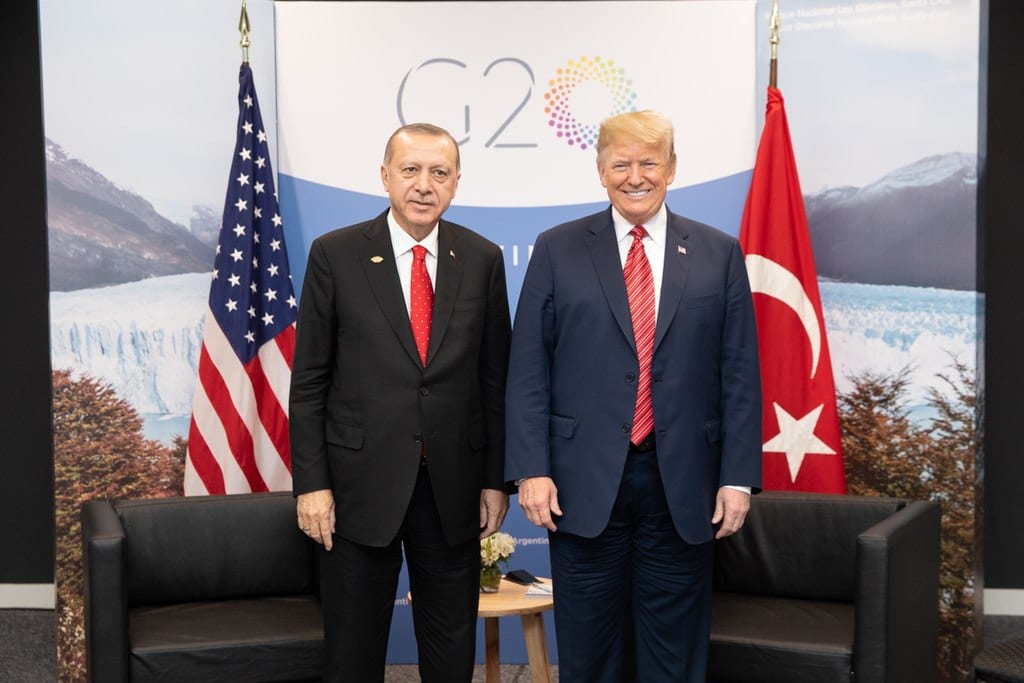 A solution to the deplorable situation in Washington may be found by recourse to a misunderstood national treasure: democracy.

It is by now obvious even to tennis writers that something is rotten in our nation’s capital. Headlines evoke a “constitutional crisis”; the Trump administration is assailed by subpoenas related to an “impeachment inquiry”; Californians are emigrating inland; bathrooms are not clearly marked masculine or feminine — more accurately, they are overtly indicated to be available to “all.”

There is widespread confusion and alienation in the land, and it is all the more remarkable in that we are as prosperous as we ever have been. This paradoxical dissatisfaction, however, can also be observed in Europe. There as well as here, citizens are alarmed as they watch the men and women charged with directing the affairs of their countries screeching and flailing at each other on any number of pretexts.

It is a joust for power, not for law, not for order. In our United States, the model country of constitutional liberty, the partisan quarrelling is setting a bad example for our children and doing us discredit internationally.

It is raw. It is ugly. It is, in particular, unseemly, embarrassing. Recently on business in the Old Continent, I was daily assailed with questions by friend and foe — the American republic has many admiring friends in Europe, as well as envious and treacherous foes — regarding the state of our governance.

“Beats me,” I replied, using my native idiom. “It looks to me we may be gettin’ as bad as y’all. Thought we were inoculated but, y’know, human nature … ”

To reassure them, I added after a pause (dramatic): “We have a way out, you know, and it is called democracy. But you must understand: the bedrock of our republican system is freedom. Democracy is the vital part of the mechanism devised by our Founders to make it flourish.”

Democracy is the rule of the majority, as a Greek scholar I much admire (and recommend to my Euro pals) can explain better than I. Himself a Californian, like John Steinbeck and Joe DiMaggio, Mr. Victor Davis Hanson is a rare breed, a true erudite actively engaged in the thoughtful discussion of public issues (like Plato). “Demos,” people, and “cracy,” rule, you get democracy. Another good man on this is our TAS friend Angelo Codevilla, also a Westerner and a vineyard owner in California.

You can look them up, but the point I am driving at is that anyone who has made a serious study of politics, who knows his Aristotle as well as his Madison, knows that you must not confuse the means with the ends, in politics no less than in sex. Or anything else for that matter, including tennis and baseball.

I am very sorry about the Dodgers, I should say in passing, because I’m sure Mr. Pleszczynski, a California native, was rooting for them, and it is really awful how one of the best pitchers in baseball was brought in as a reliever, for some inexplicable reason, and promptly gave up the Californians’ lead to the lowly but gritty Nationals, whose astonishing resilience and come-from-behind heroics throughout this season have been in total contradiction to the selfish, nasty, vicious, subversive, hateful, pathetic mental climate that pervades in the major industry of the city they represent. But I digress.

Democracy is a mechanism, not an end. The Founders, inspired by their study of the Ancients as well as by their experiences as Englishmen who felt wronged by those charged by Providence and law to protect their ancient rights, conceived a system to protect them against abuses of power by the mighty, while at the same time sheltering the governance system itself from the tyranny of majorities. They built a system of guardrails, known as checks and balances, into the DNA of American political life.

From the Constitution itself to the way we vote, count votes, and determine results and consequences of votes, our system brings every man and woman into the decision-making process of our communities and states and nation. There are still arguments amongst legal scholars, political philosophers, and historians regarding the wisdom of the gradual enlargement of the franchise through our history, and I am attentive to them, but the settled practice, at present, is to allow citizens without felonious crime records to participate at will in our democratic decision-making processes.

Observers of the American experiment since its beginning understood that democracy of itself is no guarantor of liberty — quite the opposite. The paradoxical feature of democracy is that it is simultaneously indispensable and subversive. You cannot have freedom if you do not accept that any and every member of the political entity has, at least potentially, the right to participate by means of the one-man-one-vote principle in governance.

Unchecked, however, democracy is mob rule — the rule by bicoastals and single-sex-bathroom users. Because like it or not, the majorities are, and not for the first time in our history, sectional and mental. Observe in passing that by an excess of social engineering, California — and other places on both coasts — are doing themselves in, but that is not necessarily to the benefit of the normal places, because many coastals will emigrate inland and bring with them their political and mental derangements. They could be cured of them, seeing how sensible the normals are; but that is a hypothetical.

The whole fine balance could be dashed if the Electoral College, which stands at the heart of the political checks and balances, is abolished by the transformative leftists, who rely on majoritarian demagogy to reinvent society and with it human nature. I actually had the experience recently of hearing some perfectly correct people, politically I mean, explain soberly and without irony that the Electoral College was invented and still exists to perpetuate the “rule of a few rich men.”

I was flabbergasted. I had read there were people who thought this way — essentially, Marxists who never read Marx — but I was dubious they really existed. Then someone — my own brother, if you want to know — told me there are states moving toward a constitutional amendment to abolish the College. He was pessimistic; he claimed the abolishers were making headway, along with the no-gender-bathroomers.

It is all very disheartening. I hope Congress declares war on Turkey. If they could declare — they never did, formally — on Iraq for invading the petrochemical refinery and den of pederasts known as Kuwait, then surely they can declare war on the Turk — or authorize whatever force is necessary to repel him from free Kurdistan. This, among other things, will be politically beneficial to the prez, whose credibility on all fronts has been taking a hammering lately.

“The Kurds fought for us. It’s time now to fight for them,” he could say, or some other inspirational phrase. It would be the last missing piece he needs to insure reelection: the American president, champion of freedom. Our own, first; and those of our friends. And especially when honor demands it.