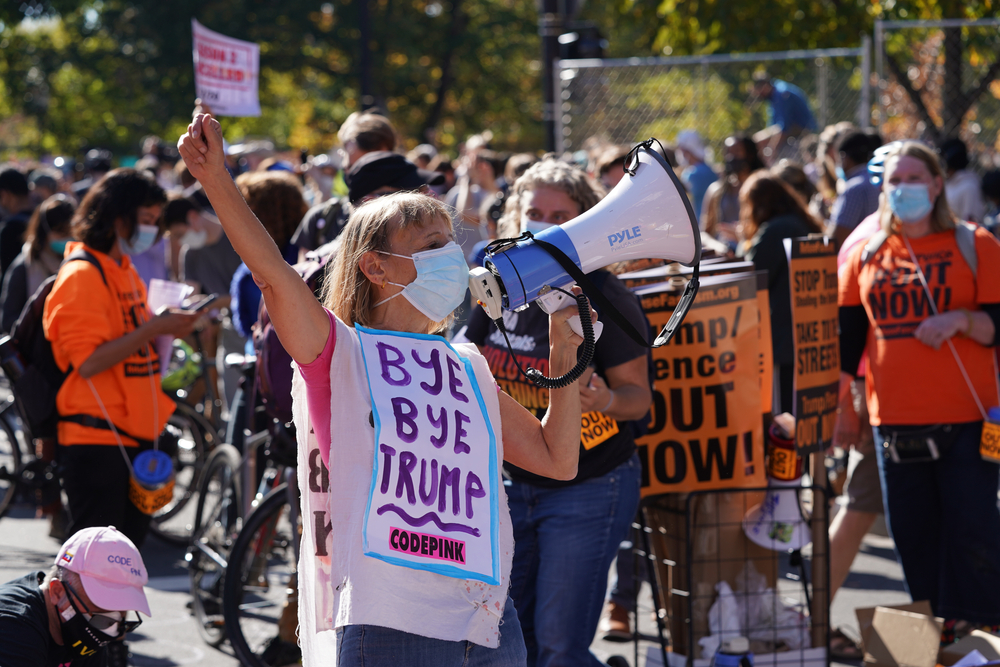 Earlier today, C-SPAN interviewed Frank Buckley on his new book, Curiosity and Its Twelve Rules for Life, as well as several articles he wrote for The American Spectator that the Left deems contentious. Frank Buckley is a law professor, a much-published author, a senior editor of The American Spectator, and, I must disclose, my husband. The interview was excellent – I couldn’t tear myself away even though I hadn’t intended to spend 40 minutes listening to the radio. I link to this interview here.

Although the discussion soon veered away from the virtues of curiosity and into politics, it was civil enough except on one point: Buckley’s refusal to call the demonstrations of Jan. 6 an “insurrection.” According to one caller, this refusal made Buckley a racist purveyor of Republican “poison.”

The Left has been brainwashed with an entirely fictional version of the events of Jan. 6 and is incapable of seeing the logical consequences of accepting a narrative that brands 75 million Americans, about half of the country’s voters, as insurrection supporters. If that is correct, then we may well have an insurrection on our hands in the not-too-distant future.

In addition to the anathema of the loony Left, this interview will earn Professor Buckley an equivalent virulence from the cultist Right, who will crucify him for suggesting that Trump’s presidency wasn’t a complete success and that Trump might not be the best presidential candidate in 2024. While Trump achieved extraordinary success in the Middle East with the Abraham Accords and at home with the spectacular life-saving Operation Warp Speed COVID-19 vaccine production, many of his promises remain unfulfilled, and the Swamp remains undrained.

This is due in large part to the fact that he had to fight the elite establishmentarian elements within his own party in addition to his eager detractors on the other side. He was also distracted with the Democrats’ bogus claims of Russian collusion and phony, dishonest, and theatrical impeachment proceedings.

Despite the fact that Trump held up admirably under incredible fire, listening to the questions and comments from Democrats, Republicans, and Independents in the C-SPAN interview, I have to agree that while there is a continuing thirst in our country for Trumpism, the blush of the Donald Trump rose has faded.

My support for President Trump began as soon as he announced his candidacy, and I remain an avid believer in his agenda. I believe that its promotion of America’s traditional values, associated with the Right, along with a greater concern for the social well-being of ordinary Americans, associated with the Left, will continue to make it a winner. But Trump is no longer the guy who never loses. Whether or not the cheating that took place in the last election was significant enough to have affected the outcome, the fact is that, at the last, he miscalculated, made mistakes, and lost, and this implacable reality will matter a great deal to voters. After all, he told us over and over again that losers deserve our contempt.

It might be a good idea for the country, and for Trump’s legacy, if he personally passed the torch to another who could implement the rest of his agenda and cement his legacy. My choice would be Mike Pompeo, who has proven his staunch support for the Trump agenda, and possesses unwavering grace, poise, and wit under fire.