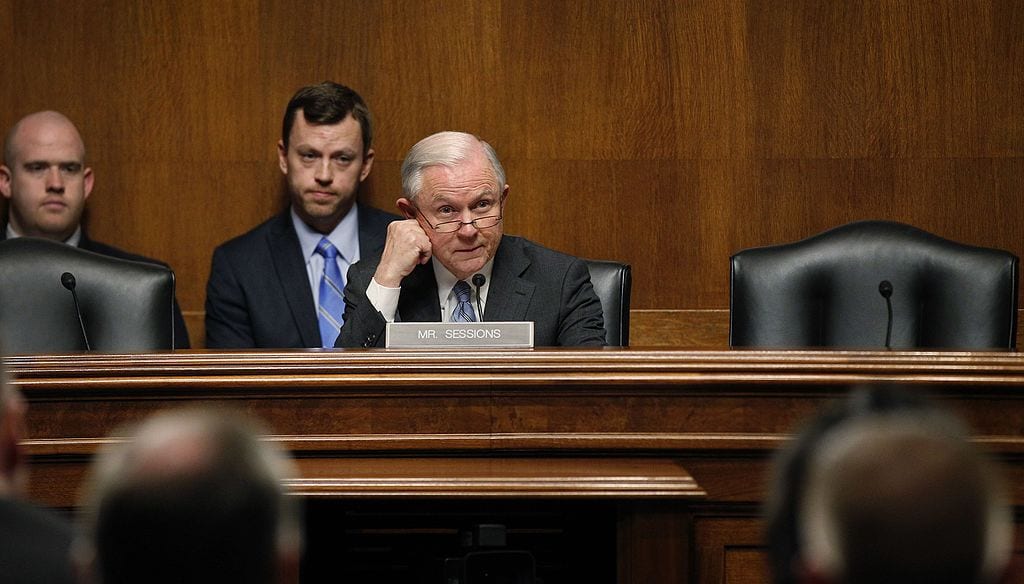 Most Americans probably believed that the notorious HHS contraception mandate had been effectively nullified after the Supreme Court ruled against the Obama administration in Hobby Lobby v. Burwell and Zubik v. Burwell. But deep state holdovers at the Justice Department, like those Japanese soldiers who refused to surrender for decades after the end of WWII, continued to pursue the lost cause even after the Trump administration took office. On Wednesday, however, Judge David Russell of the United States District Court for Western Oklahoma flushed the last of these dead-enders out of their caves and forced them lay down their briefcases.

Judge Russell permanently enjoined the federal government from enforcing the mandate against the Catholic Benefits Association (CBA) and issued a declarative judgment to the effect that the mandate violated the Religious Freedom Restoration Act (RFRA). Judge Russell’s ruling also rescinds nearly $6.9 billion in federal fines that have accrued against CBA members since Obamacare was enacted in 2014. The organization represents more than 1,000 Catholic health care providers, making it the largest single plaintiff that had challenged the mandate. CBA’s Chief Executive Officer, Douglas G. Wilson, issued the following statement:

This is a tremendous win. The first freedom in the Bill of Rights is the First Amendment right to freedom of religion. The court has rightly ruled that employers should not be forced to violate their beliefs and cover morally problematic elective and often low-cost choices that individuals may wish to make.

Catholic League president Bill Donohue issued a statement that not only speaks to the immediate victory for religious liberty, but also to the longer term implications of the ruling.

Judge Russell’s ruling not only binds the Trump administration… but all future administrations. Catholic employers who belong to the CBA are now free from attempts by the federal government to coerce them into providing morally offensive healthcare coverage. This is a smashing victory for religious liberty and a stunning defeat for the pro-abortion industry and its allies.

This victory has been a long time coming for CBA, which filed its initial lawsuit challenging the mandate in March of 2014. They were not merely forced to fight the Obama Justice Department, which continued to use it to bully countless employers and religious organizations even after its Supreme Court losses to Hobby Lobby and the Little sisters of the Poor. They were also faced with the seemingly inexplicable and frustrating refusal of the Sessions Justice Department to drop the case after the Obama administration was gone. Last August, the Hill quoted a letter written by CBA’s Wilson asking President Trump to personally intervene:

Until the DOJ’s appeal ends, or the injunction becomes permanent, or a new regulation is issued, CBA members will continue to be potentially subject to $6 billion in accumulated fines.… We are asking for your personal intervention to effect the final steps in ending this six-year assault on America’s religious freedom.

CBA and other organizations doing battle with the DOJ also reminded the President of a letter he had written to the Catholic Leadership Conference, a month before the 2016 election, to the effect that the hostility to religious freedom they would unquestioningly endure under a Clinton administration would never be a problem were he to win. Even though Trump directed HHS to issue a new rule exempting organizations whose owners or shareholders harbor religious or moral objections to paying for certain types of birth control via health plans, the DOJ continued to temporize. A CBA attorney complained to the Catholic News Service:

[The Secretary of HHS] believes that the Little Sisters, eighty Catholic bishops, and hundreds of other religious employers should win their lawsuits. The president likewise has promised the religious employers victory. But for whatever reason, the Justice Department keeps defending Obama’s contraception mandate in court.

The good news is that the Sessions Justice Department is extremely unlikely to appeal Judge Russell’s ruling. The DOJ’s ambivalent behavior prior to the decision notwithstanding, it would be suicidal for the Trump administration to challenge a ruling that one of the President’s most important constituencies is celebrating with undisguised and justifiable joy. Even if a few Obama holdovers at Justice wanted to mount an appeal, and Attorney General Sessions were crazy enough to sign off on it, Trump would probably banish him to outer darkness as he has done with David Shulkin, H.R. McMaster, Rex Tillerson, Gary Cohn, et al.

In other words, the battle over the outrageous Obamacare contraception mandate is over. The Obama era holdouts who have been hiding deep in the dark recesses of the DOJ now stand in the cold light of reality, blinking, befuddled, and wondering what happened. Ironically, the answer is clearly printed on their ID badges over those outdated photos — Justice.

David Catron
Follow Their Stories:
View More
David Catron is a recovering health care consultant and frequent contributor to The American Spectator. You can follow him on Twitter at @Catronicus.
Most Popular
1
Political Hay
McConnell Gets Burned After Trying to Compromise With Democrats on Electoral Count Act
by Ali Alexander