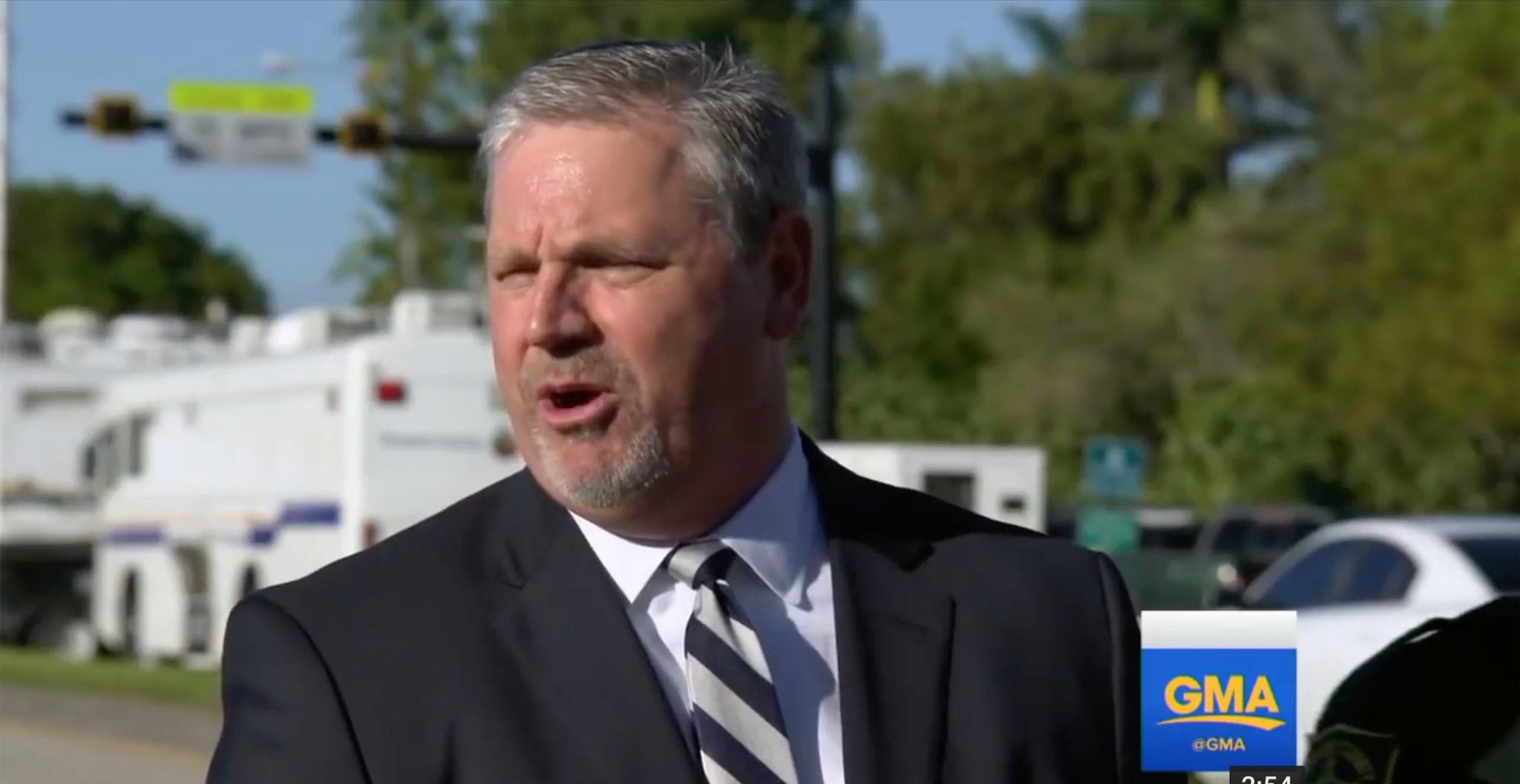 I’ve got a theory which continues to be supported by evidence — namely, that the American Left is a movement by and for people who simply cannot do a good job.

But I am saying that left-wing politics and competent job performance make for a very difficult mix, and increasingly where you find one you will not find the other.

With that in mind, the revelations about Parkland, Florida mass shooter Nikolas Cruz, who last week murdered 17 students and teachers at Marjory Stoneman Douglas High School in that South Florida suburb, point to the Federal Bureau of Investigation as a good example of the connection between left-wing politicization and dysfunction.

Whether you buy the theory or not, let there be little question but that the FBI is an agency in decline. After all, the Bureau is amid a long string of high-profile investigative failures resulting in disaster on American streets.

The FBI had all the information necessary to sound the alarm about Nidal Hassan, for example, before Hassan turned his affinity for violent Sharia Islam into the Ft. Hood massacre, and yet nothing appears to have been communicated to the Army regarding the threat Hassan posed. The FBI also dropped the ball on Omar Mateen, whom they had interviewed and built a file prior to his perpetration of the Pulse nightclub massacre in Orlando, and it had all the information it needed to intervene before Syed Rizwan Farook and Tashfeen Malik committed mass murder in San Bernardino. Similar observations could be made about Dylan Roof, Tamerlan Tsarnaev, William Athison and other mass murderers over the last few years.

And then there was Cruz, who was a blinking neon sign advertising a future mass murder. Cruz had been brought to the FBI’s notice, it turns out, on multiple occasions — the first, when in September of last year a YouTube video blogger sent the Bureau a screenshot of a comment Cruz left under a vlog entry, using his own name, advertising his desire to become a “professional school shooter.” The FBI followed up with the YouTuber, Ben Bennight, both at the time and after Cruz followed through on his desire, but it doesn’t appear they did much to follow up with Cruz himself.

And the second time was in January. According to a statement of admission the FBI released on Friday, “a person close to” Cruz called the agency’s public tip line on Jan. 5 and left information on Cruz’s “gun ownership, desire to kill people, erratic behavior, and disturbing social media posts, as well as the potential of him conducting a school shooting.”

Nobody followed up. And then six weeks later 17 people lay dead with more than a dozen others wounded when Cruz, who had been meticulously planning his attack, finally executed his plan.

If nothing else one might have expected the FBI to pass this information along to local law enforcement, but Cruz’ case seems to be part of a pattern of neglect when it comes to killers telegraphing their intentions.

That’s not to blame the FBI for these killers doing their deadly work. But it’s clear the Bureau isn’t fulfilling its reputation for investigative excellence and it sure does appear the problem is getting worse.

But the FBI certainly does seem to be progressing along in its politicization. We’ve just come through a couple of months full of revelations about the Bureau conducting, essentially, “black ops” in using campaign opposition research in order to get a FISA warrant to surveil Carter Page, an innocent man working as a campaign advisor to Donald Trump, and the recently released text messages of lead FBI investigator Peter Strzok and his mistress Lisa Page, who also worked for the Bureau, show a level of politicization and unprofessionalism which call into question whether we’re not completely wasting our tax dollars on the FBI in the first place.

Andrew McCabe was the #2 man at the FBI, for crying out loud. James Comey and Robert Mueller are the last two directors of the place. These are political schemers, not crimefighters.

Yes, yes — the FBI contains a great many excellent agents and still does its share of good work. Having the benefit of friendships with several former FBI agents, though, your author can attest that a consensus among them is the Bureau is overrun with political hacks promoted for ideological leanings rather than excellence, and the results are all around us — a refusal to address Islamic jihad as a national security threat cripples the FBI’s counterterrorism efforts, a focus on high-profile, show-off arrests rather than public safety hinders the ability to work with local law enforcement to stop a Nikolas Cruz before he goes off, a willingness to engage in presidential politics kills public trust.

It’s a common story. The FBI is one more victim of the March Through the Institutions, the cultural-Marxist initiative in which hordes of leftists infiltrate a trusted institution and corrupt it as a weapon to use against political enemies. We see it in academia, news media, Hollywood. We saw it at the IRS. And the FISA warrant case shows it was very much in effect at the FBI. And like a Hollywood which struggles to create movies worth watching, a news media which can’t seem to get the story straight and an education industry which turns out kids who are experts in how they feel about math but not-so proficient in doing it, we’ve now got an FBI which routinely drops the ball on major cases.

Enough already. The FBI either needs to return to competence or be disbanded. It is no place for left-wing partisan hackery.