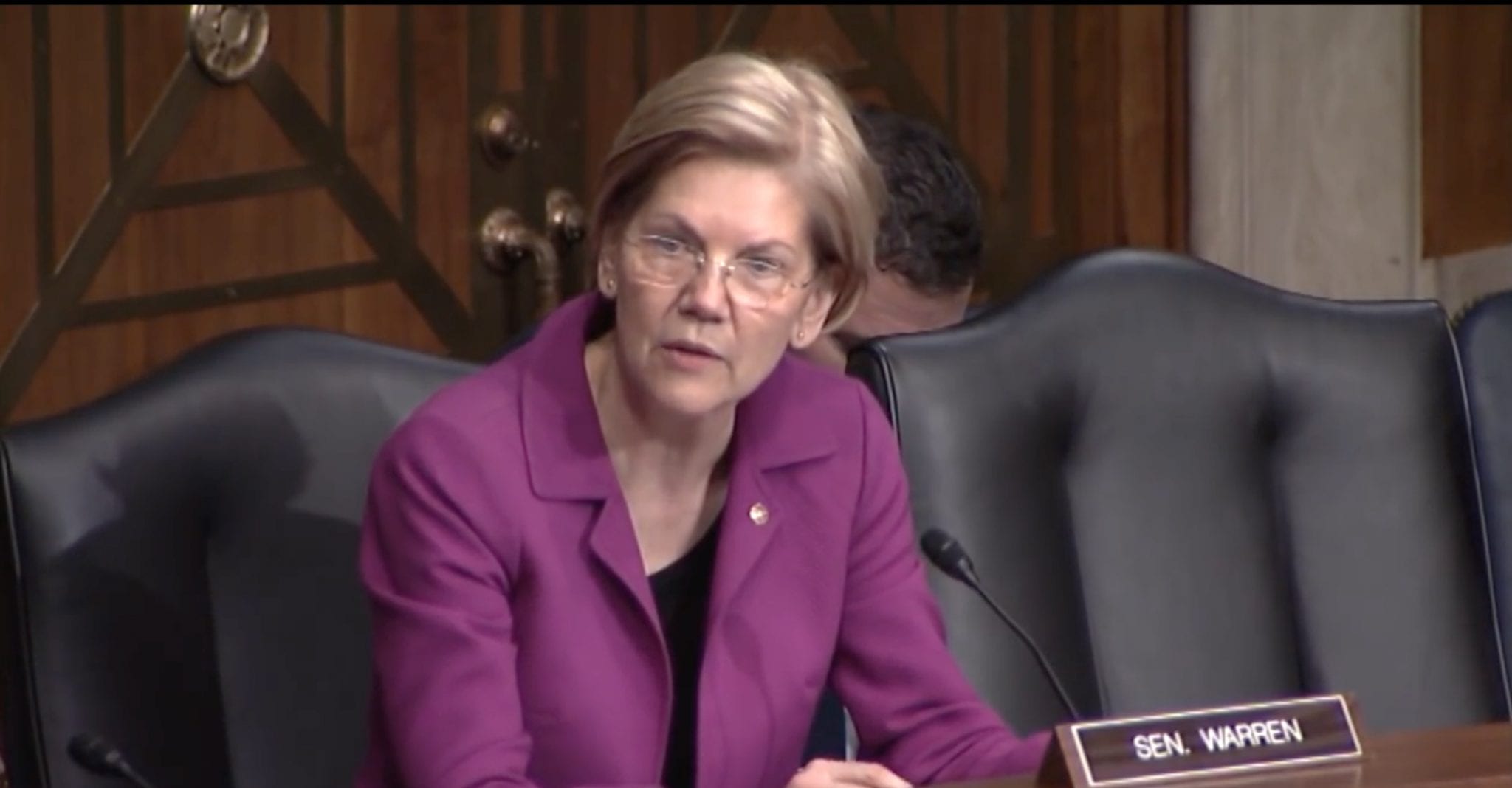 Elizabeth Warren insists she isn’t running for president, but she acts like a candidate. She’s raising campaign wampum at a rate that suggests she’s already looking beyond her all but inevitable reelection to the Senate, and clearly intends to capitalize on the current opioid hysteria to raise her national profile. Warren has introduced a $100 billion bill that would allegedly address the “epidemic,” and routinely laments its threat to the public weal at her campaign appearances. And, a new Suffolk University poll suggests that her strategy is working among Democrats who plan to vote in the 2020 New Hampshire primary.

However, in keeping with her penchant for prevarication,Fauxcahontasspeaks with forked tongue when describing the crisis. She recently told a group in Lowell, Massachusetts, that the “medical emergency” was equivalent to the HIV/AIDS epidemic of the 1990s. This echoes the language in her bill, the Comprehensive Addiction Resources Emergency (CARE) Act, which attributes 42,000 deaths a year to opioid addiction and claims it “cost the nation more than $500 billion in 2015 alone.” Before the voters take such figures seriously, however, it would be wise to examine the Senator’s history of promulgating phony statistics.

This would by no means be the first time Warren has deliberately exaggerated the magnitude of a health crisis. While posing as a Native American faculty member at Harvard she produced two “studies” purporting to show that medical bills were the nation’s leading cause of bankruptcy. These findings were repeatedly referenced by former President Obama, congressional Democrats, and the “news” media as a justification for the passage of Obamacare. Yet according to a recent article in the New England Journal of Medicine, each of the studies suffered from an obvious statistical fallacy certain to produce wildly overstated results:

[W]hen we eliminated this problem, we found compelling evidence of the existence of medical bankruptcies but discovered that medical expenses cause many fewer bankruptcies than has been claimed.… [W]e estimate that hospitalizations cause only 4% of personal bankruptcies among nonelderly U.S. adults, which is an order of magnitude smaller than the previous estimates described above.

In other words, Warren’s analysis contained a flaw that wouldn’t have passed muster in a high school statistics class. She obviously knew it was there and Obamacare advocates ignored it because it helped create a false narrative connecting U.S. health care to personal financial ruin. Now she is misrepresenting the meaning of overdose statistics in the hope that she can position herself as more than a merely hypothetical presidential candidate. And, once again, she is deliberately promulgating a pernicious myth — that the overprescribing of opioids by physicians is a major driver of the problem, as she does in this video.

The idea that she promotes in this hearing is that restricting the number of prescriptions written by physicians can have a meaningful effect on the crisis. But the problem isn’t caused by too many doctors writing too many prescriptions. Only a small percentage of the deaths attributed to opioids involve overdoses of prescribed pain killers. Most involve lethal combinations of non-prescribed narcotics rather than pain medications. Moreover, no more than 4 percent of patients to whom pain medications are prescribed ever develop addictions. Dr. Sally Satel,a practicing psychiatrist and lecturer at the Yale University School of Medicine, explains:

The myth is that the epidemic is driven by patients becoming addicted to doctor-prescribed opioids, or painkillers like hydrocodone (e.g., Vicodin) and oxycodone (e.g., Percocet). One oft-quoted physician refers to opioid medication as “heroin pills.” This myth is now a media staple and a plank in nationwide litigation against drugmakers. It has also prompted legislation.… Within the past several years, overdose deaths are overwhelmingly attributable not to prescription opioids but to illicit fentanyl and heroin. These “street opioids” have become the engine of the opioid crisis in its current, most lethal form.

Ironically, while Senator Warren promotes her meaningless CARE bill with misleading statistics, the phony data promulgated in the bankruptcy “studies” noted above may well have been a major contributorto the opioid epidemic. Her flawed conclusions abetted our erstwhile president in his successful effort to get Obamacare passed; she is also responsible for Medicaid expansion to able-bodied adults. Because SCOTUS ruled that expansion had to be voluntary, 19 states declined to do so. It turns out that the spike in overdoses seen in the Medicaid expansion states is all but absent in those 19 states. Why? A January Senate report put it thus:

In courts across the country — overwhelmingly in Medicaid expansion states — prosecutors are identifying Medicaid fraud involving opioids. This report highlights nearly 300 criminal cases involving at least 1,072 defendants in which people have been convicted or charged of abusing Medicaid to obtain or sell opioids.

Medicaid co-payments for lower-income patients are usually no more than $4 for certain classes of drugs. For pain medications, the co-pay can run as low as $1 for as many as 240 pills, and drugs like oxycodone can easily be sold on the street for $50 a pill and often more. Yet, Senator Warren would have us believe that Medicaid expansion actually helps ameliorate the opioid crisis. Indeed, that is one of the reasons she recently went to Ohio to campaign for Democrat Richard Cordray in that state’s gubernatorial contest: “Warren will highlight Cordray’s blueprint for fighting the opioid crisis, which includes protecting Medicaid expansion.”

All of which brings us back to her desire to be the first Native American president. She’s not only raking in huge amounts of wampum, she’s building up political IOUs in states without whose electoral votes no presidential candidate can expect to make it to the Big White Teepee. And to punch up her résumé, she has gone on the warpath against the opioid crisis using the same kind of phony stats she used in her medical bankruptcy studies. Yet she declines repeated requests for a DNA sample that would prove she’s a genuine Native American. In the end, it’s the same old question: Would you buy a used travois from this woman?