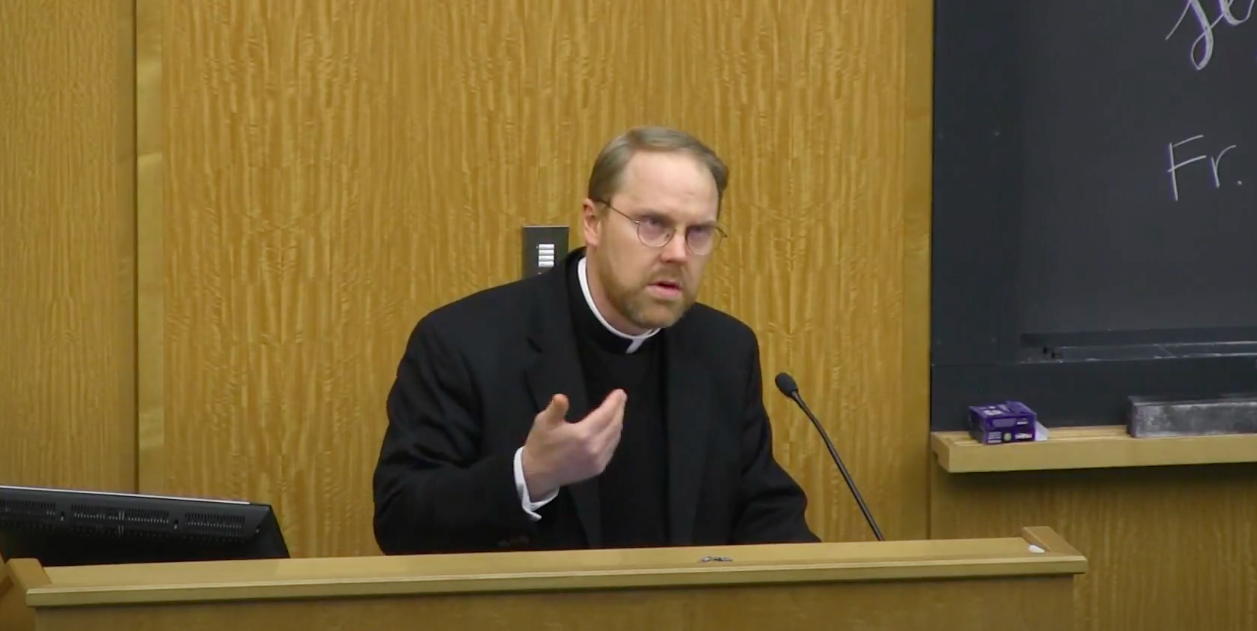 Father Daniel Moloney is the latest victim of cancel culture’s inquisition against all who question the Black Lives Matter movement. Moloney was forced out of his job as the Catholic chaplain of MIT last week after a university administrator deemed his writings on the death of George Floyd “deeply disturbing” and the Archdiocese of Boston asked him to resign.

In a blog post and an email to students published at the beginning of June, Moloney spoke out about the errors of the new approach to fighting racism — dividing people, accusing them of prejudice, and canceling those who disobey — and called instead for a Christian path of charity and solidarity.

If you dissent from the dogma of the Black Lives Matter movement, or any other liberal doctrine for that matter, you are not welcome in polite society.

“It’s a sad fact that most of our thinking about race takes place in a left-wing, Marxist, atheistic context, in which a desire for power and an awareness of otherness crowd out Christian reflections on meekness and solidarity,” he wrote in his blog post.

In response to this, the university’s dean for student life, Suzy M. Nelson, wrote that Moloney “failed to acknowledge … the devastating impact of systemic racism — especially within the criminal justice system — on African Americans, people of African descent, and communities of color.”

Of course, Moloney’s statement in question is factually correct. Prosecutors have not charged Chauvin with a hate crime, indicating that there is not yet evidence to prove that he was motivated by racism. Further, like Moloney says, we do not know whether or not racism is endemic in the police force. Some evidence, like the fact that the police fatally shot nine unarmed blacks and 19 unarmed whites in the United States in 2019, points to the conclusion that the police are not systemically racist. One 2020 study in Nature magazine, however, found that black drivers are more likely to be pulled over in the United States than white drivers — evidence that could point to a widespread race problem in the police force. Other metrics and studies about bias in policing are inconclusive.

What angers the liberal students and administration at MIT so much about Moloney’s thoughts is that he criticizes left-wing approaches to race, like the Black Lives Matter movement, for repudiating the foundation upon which Martin Luther King Jr. based his fight against racial injustice. King’s approach, Moloney said, “appealed to the Gospel to unify people of all races.” Thus, the Civil Rights movement based its truth claims and imperatives on theology, namely, that we are all created in the image and likeness of God. Conversely, the Black Lives Matter movement bases its truth claims and imperatives on critical race theory and is not associated with the African American church, as the Civil Rights movement was.

“To conquer racism requires a conversion to holiness, and a willingness to spread grace and charity to hardened hearts,” wrote Moloney.

Moloney calls out the new liberal strategy on racial justice for exacerbating racial divisions where there are none, using an individual’s evil act to denounce people everywhere as prejudiced, and casting out from society all who do not promulgate its dogma that police everywhere are racist. In doing so, Moloney reveals their movement can also violate solidarity, charity, and mercy.

Of course, this was all too much for liberal students to hear. They immediately filled out bias incident reporting forms and harangued the university administration with the demand that this priest must be cast out for his heresy. Clearly, they were not listening when the chaplain wrote that people should seek “solidarity with our fellow human beings” instead of canceling each other and treating one another with suspicion.

An MIT student who posted the contents of Moloney’s email on Twitter wrote, “I am wondering why MIT chose to hire someone with such strong opinions at a supposedly ‘liberal’ institution.”

At least this student said what liberal activists believe, but few say out loud: If you dissent from the dogma of the Black Lives Matter movement, or any other liberal doctrine for that matter, you are not welcome in polite society.

This anonymous student later tweeted that he filled out the bias incident reporting form while pretending to be a member of the Catholic community and shared the form with his friends for them to fill out. MIT’s dean of students later wrote that “many felt abandoned and alienated by their faith” as a result of Moloney’s statements.

Moloney was also denounced for speaking ill of the dead for observing that George Floyd “had not lived a virtuous life.” Moloney pointed out Floyd’s flaws in order to remind his students that all people, regardless of their sins, are worthy of being “protected from conception until natural death.”

Ironically, this observation led Nelson to say, “By devaluing and disparaging George Floyd’s character, Father Moloney’s message failed to acknowledge the dignity of each human being.” It seems that Nelson believes acknowledging people’s sins violates their dignity. I suppose that’s a tenet of the new woke religion.

It’s worth pointing out that Moloney said it is “right” that Chauvin has been arrested and prosecuted. He also said some police officers “certainly develop attitudes towards the people they investigate and arrest that are unjust and sinful.” In addition, he directed his students to the statement on the death of George Floyd made by Cardinal Seán O’Malley, which says that the reality of racism and the imperative for racial justice must be incorporated into the Church’s preaching.

The Archdiocese of Boston released a statement after they were contacted by the MIT administration that said, “The personal opinions echoed in [Moloney’s] comments regarding the murder of George Floyd do not reflect the positions of the Archdiocese.” The archdiocese also denounced his statements as “wrong” and asked for his resignation.

Moloney is a former associate editor of First Things magazine and a former senior policy analyst at the Heritage Foundation. He was ordained a priest in 2010. In April, he published a book titled Mercy: What Every Catholic Should Know.

On Tuesday, Moloney did not apologize for his comments, but stated, “I regret what happened, I regret it was misunderstood, I regret that [it] became difficult for me to be a voice for Christ on campus. The whole thing went down in a way that I wish were otherwise.… I didn’t want to hurt anybody.”

Upon the announcement of Moloney’s resignation, that anonymous MIT Twitter user wrote, “I’m actually still not satisfied, like this man is not being held accountable for his actions as far as I know, he just gets to leave?? Black people cant just ‘leave’ racist situations when they are persecuted.”

The Black Lives Matter movement is no friend of dissent or critique, but it should take the time to listen to Father Moloney’s guidance that they strive for solidarity rather than division.